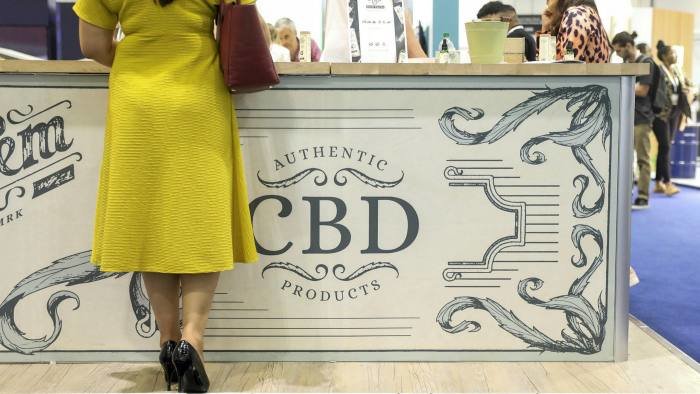 Chrystal Capital hopes to profit from legalisation moves even though shares in sector have struggled
Europe’s small market for investing in cannabis is showing signs of life, with a London-based investment firm focused on wealthy individuals hoping to raise the region’s biggest dedicated fund.

North America dominates cannabis investment, with 12 out of 14 cannabis-focused exchange traded funds globally listed there, according to data group ETFGI. Returns have often been poor.

But Chrystal Capital Partners believes a growing wave of legislation will boost the popularity of cannabis investment, and its potential returns. It is hoping to raise an initial $100m for the Verdite Capital Fund, an actively managed fund launched on Monday, before growing it to $200m through a later fundraising.

“We think this will be a highly regulated industry in 10 years’ time,” said Kingsley Wilson, an investment partner at the firm, acknowledging that regulatory risk had deterred many private equity and institutional investors from the sector. “Regulation and funding will underpin the market transition and how it moves from an illegal to a legal market.”

Chrystal’s strategy will focus on medical marijuana, cannabis-derived drugs and so-called CBD — a cannabinoid that does not make users feel high. About half of its assets will be invested in North America and at least 35 per cent in Europe. It will avoid companies supplying marijuana for recreational use, Chrystal said.

Big fund managers generally steer clear of cannabis investments. In a June research note, investment bank Jefferies said institutions accounted for only about 5 per cent of the ownership of cannabis companies, compared with about 50 per cent for the technology sector.

The fundraising from Chrystal, which caters to investors including ultra-high net worth individuals and family offices, would make its portfolio the biggest in the cannabis sector outside of North America. The market is dominated by investment firms such as Privateer Holdings, Gotham Green and Merida Capital Partners, as well as listed vehicles including the $510m ETFMG Alternative Harvest fund and the $250m Horizons Marijuana Life Sciences fund.

Performance has been patchy. Last year, the shares of North American cannabis companies plummeted after it proved tricky to lure customers away from illegal markets and the pace of legalisation in the US did not keep up with expectations. The Horizons fund fell 39 per cent last year and a further 31 per cent this year.

Chrystal’s fund, which is regulated in Guernsey, will invest in 10 to 12 companies globally, across equities, bonds and convertible bonds, a type of hybrid debt.

Demand for cannabis stands at about $344bn globally, and the vast majority is still traded illegally, according to a report last year by Washington-based research group New Frontier Data.

Nevertheless, many investors are betting on federal legalisation of cannabis in the US within the next few years. More than 10 states have already made it legal for adults to smoke cannabis without medical prescription.

Medical cannabis, which is only now being tested in clinical trials, is already being prescribed in several countries to help treat various ailments such as epilepsy, anxiety and pain. That includes the UK, where medical cannabis was legalised two years ago.

The UK financial regulator issued new guidelines last week for companies seeking to list on the London stock market, opening the door to those providing products for medical use.
Add Comment