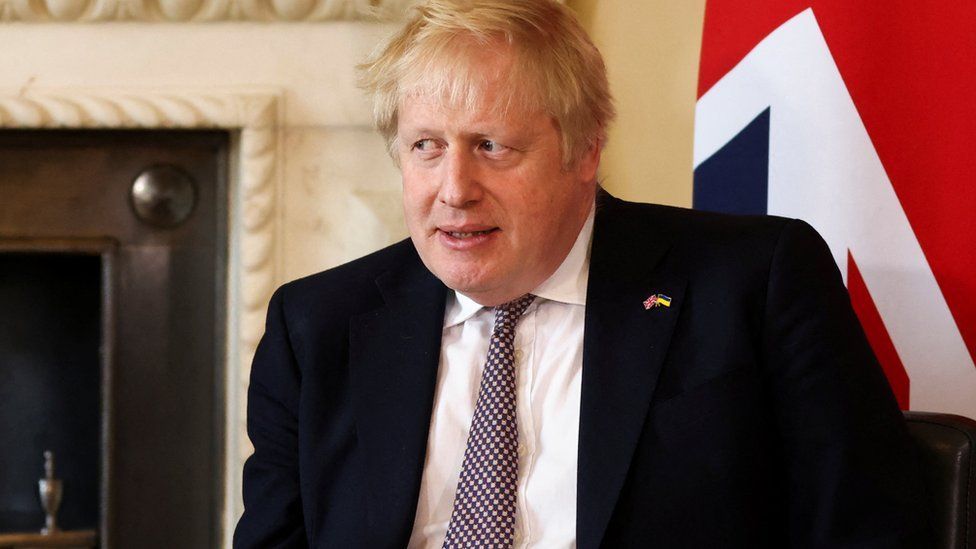 Several Conservative council leaders have blamed Boris Johnson after they suffered heavy local election defeats.
John Mallinson, who lost in the new Cumberland Council, said voters did not feel the PM could be "relied upon to tell the truth".

But Conservative party chairman Oliver Dowden said it was not time to change leader.

Mr Johnson said he took responsibility for the results, adding it was clear voters wanted his government to focus on issues that mattered to them.

"This government is absolutely determined to keep going with every ounce of compassion and ingenuity that we have, get people through the economic aftershocks," he said.

They said the furore damaged public opinion about the prime minister and concern about the cost of living had overshadowed local issues.

Mr Mallinson, leader of Carlisle City Council, which is being replaced by Cumberland, told BBC Radio 4's Today programme that Mr Johnson "bears a lot of the responsibility" for the "very poor" results in local elections.

He said voters in local elections were preoccupied with national issues such the cost of living and distracted by controversies like the so-called "Partygate" scandal.

But Mr Mallinson added: "I think it is not just Partygate, there is the integrity issue. Basically I just don't feel people any longer have the confidence that the prime minister can be relied upon to tell the truth."

Labour won 30 of the 46 seats in Cumberland, which brings together Conservative-run Copeland and Allerdale as well as Carlisle.

In the former Conservative flagship of Wandsworth in London, Labour gained eight councillors to bring their total to 35 - winning control.

Outgoing leader Mr Govindia did not blame Mr Johnson directly, but said: "Let's not be coy about it, of course national issues were part of the dilemma people were facing."

In Portsmouth, which remains with no party in overall control but where Conservatives lost four seats, Tory leader Simon Bosher said Mr Johnson should "take a good, strong look in the mirror".

He said of the losing candidates: "Those are people that are actually bearing the brunt on the doorstep of behaviour of what's been going on in Westminster".

Mr Dowden, who as Conservative chairman is in charge of election campaigning, acknowledged the party had suffered some "difficult results" but said it was not time for a change at the top.

"Labour are certainly not on the path to power and I believe that Boris Johnson does have the leadership skills, in particular the energy and the dynamism that we need during this difficult period of time," he said.
#Boris Johnson  #Johnson  #Covid
Add Comment