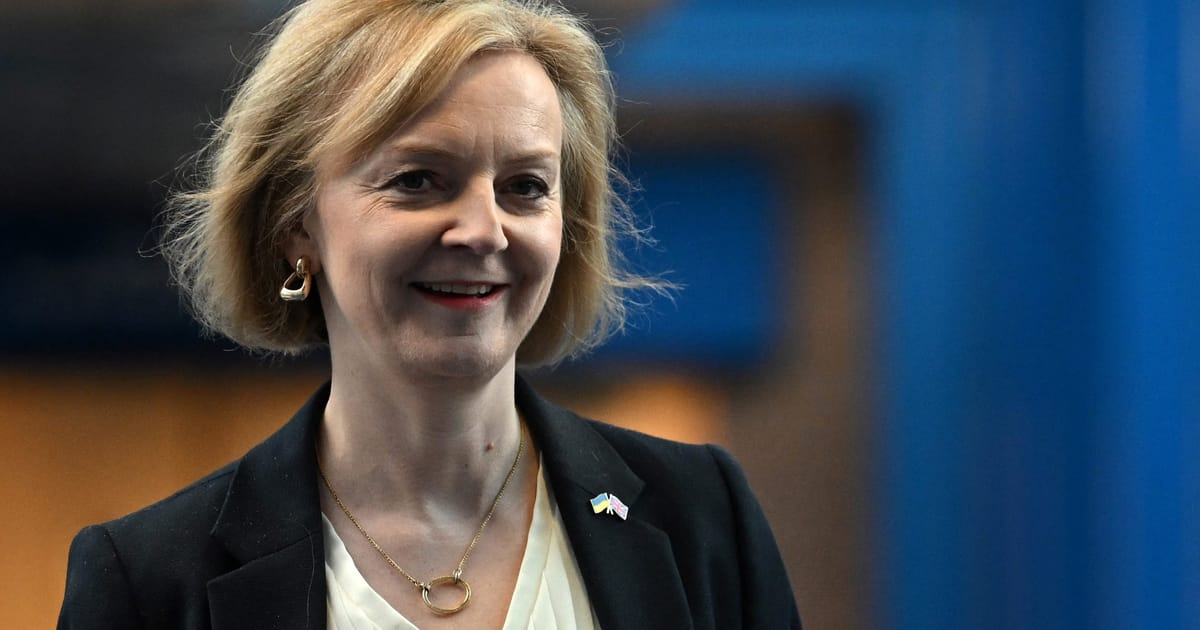 Liz Truss seeks her own path back to Europe

Britain’s new prime minister heads to Prague for talks with EU leaders amid improving mood music between the two sides.

Six years after the Brexit vote, the U.K. is inching closer to the rest of Europe. This time, it hopes to do so on its own terms.

First proposed by French President Emmanuel Macron as a grouping open to both EU and non-EU countries such as Ukraine or the Western Balkans, the EPC will meet in Prague to discuss the twin crises of war and energy which have dominated 2022.

Truss is expected to call on allies not to weaken their support for Ukraine, and to urge other leaders to ditch any remaining hopes of a return to Russian fossil fuels once the war finishes.

Some in Westminster are hopeful her participation in the EPC could have positive outcomes for U.K. domestic issues, such as addressing the growing number of undocumented migrants arriving at its shores.

Migration — and other common challenges, such as climate change — are pencilled-in for future meetings, where Truss will hope to discuss population flows through transit countries such as Albania and France, having expressed frustration that insufficient time is allocated to such issues in other international fora.

“The prime minister is very clear that she wants to use this meeting to deliver concrete long-term action on priority issues for the United Kingdom,” her official spokesman said Monday.

Truss’ initial doubts regarding the EPC, expressed both in private and public during the summer, have given way to a cautious interest, according to people involved in the discussions.

In July, the prime minister privately expressed the view that there were already too many organizations in Europe — the OECD, the Council of Europe, and even NATO, which also includes the U.S. — and that she favored making existing structures more effective.

Others in her team still believe the Council of Europe remains the best forum for Britain to engage with the continent. Indeed, only two days before POLITICO revealed Truss would attend the Prague summit, her Foreign Secretary James Cleverly was still publicly insisting that the U.K. didn’t feel the need “to be a member of more institutions in the European sphere.”

But Britain’s key objections to the EPC were in fact addressed over summer. Reassurances have been given that the European Commission will not play a central role, and that the EPC will not act as a perpetual waiting room for countries aiming to join the EU such as Ukraine.

Indeed, Britain’s preferred option for the EPC — as an intergovernmental organization with few formalities and no Commission-run secretariat — is emerging as the most likely format. Decisions are likely to be made by consensus, and the summit will conclude without the usual joint declaration. 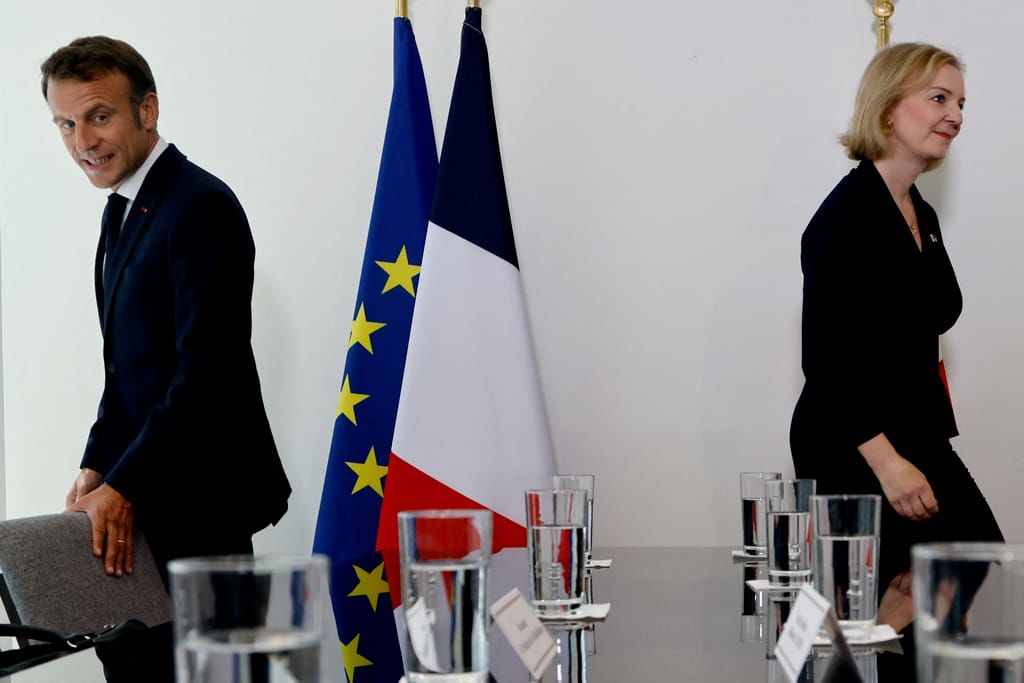 Truss’ reluctant participation came with conditions, however — including a push to host the second meeting in London — and was the result of intense lobbying from her own officials and allied EU countries, who felt the EPC only made sense if Britain, with its security and diplomatic clout, was around the table.

“She couldn’t not go,” a former U.K. diplomat ultimately believes. “And the only way to sell to the party a cave-in to a Macron agenda they mostly hate is to say ‘I shall chair the second session here, and we shall turn it into what Global Britain wants.’”

The British prime minister can now claim to have secured an influential role, removing the risk of Brits being treated as “second-class citizens” opposed to the EU bloc, said Charles Grant, director of the Centre for European Reform think tank.

Truss will nevertheless be mindful of how her participation is received by the euroskeptic wing of the Conservative Party, upon whose support she relied to become prime minister. So far, she appears to have their cautious backing.

“It’s entirely reasonable that if a forum is to be established to discuss issues of mutual interest in Europe … we should certainly look at it,” said David Jones, a member of the European Research Group of pro-Brexit Conservative MPs.

But he added: “We’ve got to be very careful as to how this thing develops. We don’t want to start seeing supra-national structures being created. We don’t want to see a presidency, or a bureaucracy of the sort that we have in the European Commission.”

Participating countries have agreed to alternate meetings in countries inside and outside the EU every six months — increasing the chances that the U.K. may host the second gathering.

Moldova has also floated its interest, however, and some leaders would be wary of Britain’s proposed hosting because of fears Downing Street might “hijack” the gathering for its own purposes, a senior diplomat from an EU country said.

Tory Brexiteers fear the word “community” leaves the door open for the group to evolve into a more structured organization, as happened with the forerunners to the EU. But a majority of countries prefer the term ‘community’, Grant said, because they feel it describes better the group’s aim of acting as a “family of shared values” opposed to “Russian imperialism.” 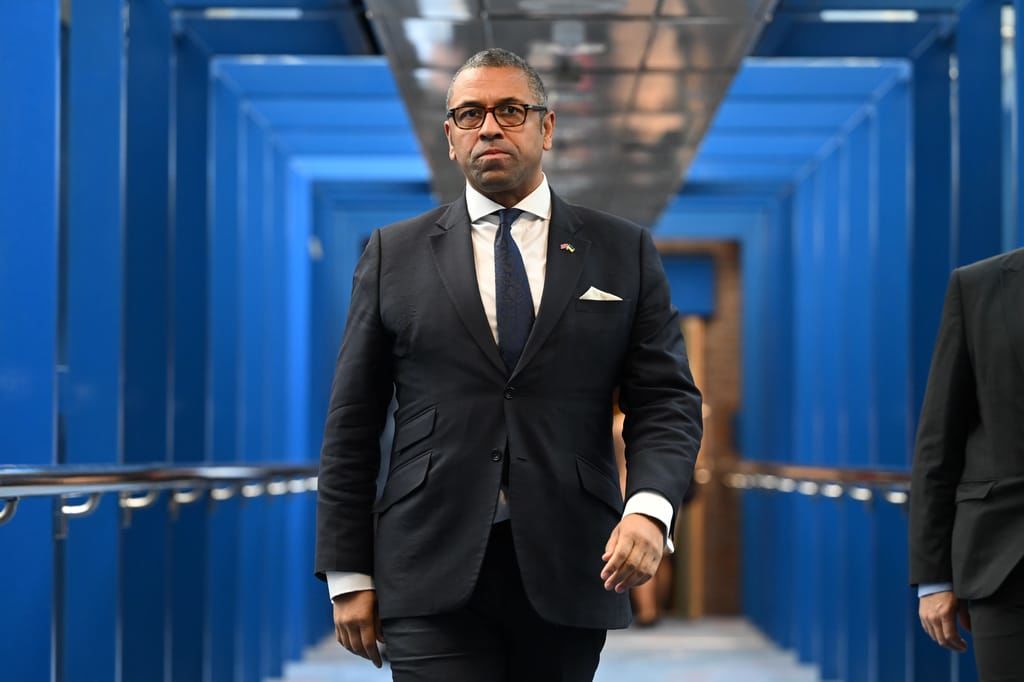 UK Foreign Secretary James Cleverly told diplomats at the Conservative Party conference “there is no version of the future where the U.K. is successful and the EU is not”

Truss’ trip to Prague comes amid increasingly positive mood music between the EU and U.K., with talks finally set to resume this week on the controversial Northern Ireland protocol, which regulates trade in the region after Brexit. Officials on both sides are cautious, insisting nothing of substance has changed since talks broke down earlier this year.

But speaking on Monday at an EU reception at the Tory party conference in Birmingham, Cleverly told diplomats “there is no version of the future where the U.K. is successful and the EU is not,” and predicted the two sides would resolve the protocol row “because that is the smart thing” for both.

Truss herself added in an interview with the Belfast TV station UTV Monday: “Steve speaks from his own personal experience, being deeply involved in the Brexit debate, but he speaks for the whole government in that we absolutely want to find a negotiated solution.”

Collaboration at the level of officials is also intensifying.

The U.K. has accepted an invitation by the Commission to take part in the bloc’s internal discussions on energy security this fall, as a third-country guest, in an effort to tackle together the risk of blackouts.

EU officials made the proposal during a meeting of the EU-U.K. specialized committee on energy held in Brussels last Thursday, where the two sides discussed measures to prevent energy shortages this winter.

The meetings are expected to be held in November, bringing together representatives from EU member countries, the energy industry and consumers. British officials will also attend preparatory meetings.

“The context is crisis handling through the winter and building long-term resilience now we have woken up to the need to decouple ourselves from Russian hydrocarbons,” a U.K. official said. “The more we can coordinate as we do that the better.”

“We are all facing a cost-of-energy crisis, we are all in it together and we should work together,” the EU official added.