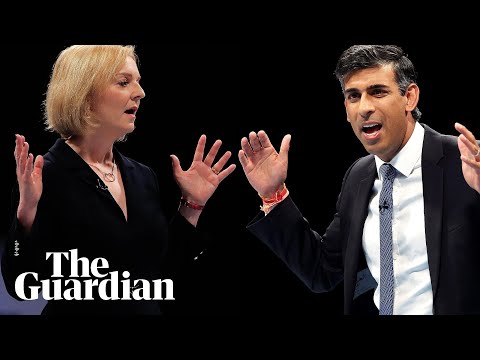 At the Conservative leadership hustings in Birmingham on Tuesday night, Truss declined to directly answer whether she would appoint someone to the role, instead saying she would “ensure the correct apparatus is in place so that people are able to whistle-blow”.

The previous ethics adviser, Christopher Geidt, quit in June after conceding the prime minister may have broken the ministerial code over the Partygate scandal.

After being pressed on the subject of a new ethics adviser multiple times, Truss said: “I do think one of the problems we have got in this country in the way we approach things is we have numerous advisers and independent bodies, and rules and regulations.

“For me it’s about understanding the difference between right and wrong, and I am somebody who has always acted with integrity […] and that is what I would do as prime minister.”

During the hustings, hosted by Time Radio, Truss also gave her backing to setting up more grammar schools and said she will redirect money from the health and social care levy away from the NHS and into social care.

Rishi Sunak, her rival for No 10, suggested UK aid programmes should be cut in countries that refused to accept deportations of “failed asylum seekers” to Britain.

He said emergency humanitarian aid would remain but “ongoing aid programmes in countries which we’ve had for years” would be withdrawn.

Sunak also warned “millions of people are going to face the risk of destitution” if more is not done to help them with energy bills this winter.

“I think it will be a moral failure of the Conservative government and I don’t think the British people will ever forgive us,” he added.

Truss defended herself against accusations her economic proposals were dangerous, railing against what she labelled “Treasury orthodoxy”.

The foreign secretary told the audience of Tory members: “This whole language of ‘unfunded’ tax cuts implies the static model, the so-called abacus economics that the Treasury orthodoxy has promoted for years, but it hasn’t worked in our economy because what we have ended up with is high tax, high spending and low growth.

“That is not a sustainable model for Britain’s future.”

Both candidates commented on the death of nine-year-old Olivia Pratt-Korbel, who was killed in a shooting in Liverpool on Monday night.

Truss said “there is a serious problem in this country with gun crime” and that she would introduce police force league tables if elected, while Sunak said he called his family to speak with his daughter when he first heard about the shooting.

“I thought: ‘She was nine, she is the same age as my younger daughter,’” the former chancellor said. “Horrific. I called my wife and spoke to my daughter.”

He added that he would “finish putting 20,000 more” police officers on the streets to fight crime.
#Boris Johnson  #Johnson
Add Comment