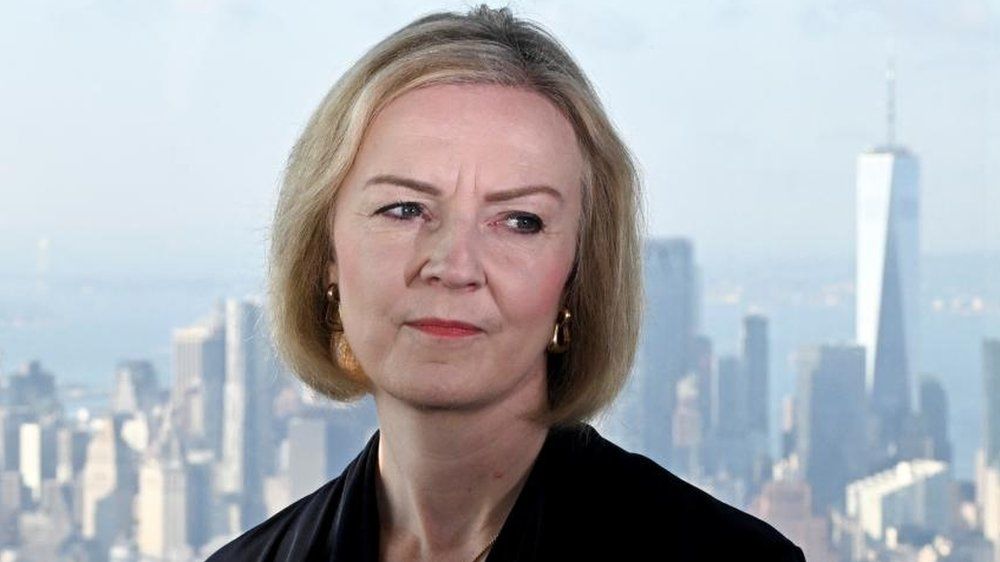 Liz Truss has been grilled in a string of BBC radio interviews - her first comments in a dramatic week that has seen a new mini-budget, the pound slump and the Bank of England forced to step in and take action.

She gave eight seven-minute interviews in the space of an hour to local radio stations across England, an annual tradition for the prime minister before the autumn party conference, which starts on Sunday. Here are some of the key exchanges:

Are you ashamed of what you've done?

Many of the questions focused on the state of the UK economy, after the government's mini-budget last week. BBC Radio Kent quoted listeners who asked the PM: "What on earth were you thinking?" and "are you ashamed of what you've done?"

Ms Truss replied: "I think we have to remember what situation this country was facing. We were going into the winter with people expecting to face fuel bills of up to £6,000, huge rates of inflation, but also slowing economic growth."

"And you've made it worse," said the presenter Anna Cookson.

"We've taken action to make sure that from this weekend people won't be paying a typical fuel bill of more than £2,500," responded Ms Truss.

The BBC's deputy political editor Vicki Young suggests Ms Truss tried repeatedly to focus the interviews on the energy measures - which were announced two weeks before the mini-budget but were overshadowed by news of the Queen's death - rather than the more controversial tax cuts.

The mini-budget came up again and again in the interviews - and each time Ms Truss defended it without any hint of a U-turn. BBC Radio Nottingham said the tax cuts - which include scrapping the higher income tax rate for people earning over £150,000, as well as reducing the basic rate of income tax - will benefit the very well-off.

"This is like a reverse Robin Hood," the presenter suggested.

"That simply isn't true," responded Ms Truss. "The biggest part of the package we announced is the support on energy bills."

But is it a fairer tax system, the presenter Sarah Julian asked. The prime minister replied: "Having lower taxes across the board... helps everybody because it helps grow the economy."

Defending her mini-budget again, Ms Truss told BBC Radio Leeds: "We had to take urgent action to get our economy growing, get Britain moving and also deal with inflation. And of course that means taking controversial and difficult decisions."

The presenter Rima Ahmed asked Ms Truss whether she had predicted any of the past week's events - for example the pound plunging against the dollar, the warning from the International Monetary Fund about inequality and the Bank of England having to buy up billions of government debt.

Earlier, former Bank of England governor Mark Carney said the government's tax-cutting measures were "working at some cross-purposes" with the Bank.

BBC Radio Stoke also pressed the PM on mortgages. "We're going to spend more in mortgage fees under what you've done, than we would have saved on energy," said the presenter John Acres.

After a long pause, Ms Truss said: "I don't think anybody is arguing we shouldn't have acted on energy."

Is it all really Putin's fault?

BBC Radio Bristol accused the prime minister of rolling out the same scripted answers for each interview.

When Ms Truss again blamed the global economic situation on Putin's war, the presenter James Hanson said: "This isn't just about Putin. Your chancellor on Friday opened up the stable door and spooked the horses so much you could almost see the economy being dragged behind them... The Bank of England intervention yesterday was the fault of Vladimir Putin, was it?"

The PM replied: "It's very difficult and stormy times in the international markets - and of course the Bank of England is independent, it takes the action it needs to take.

'It's not fair to have a recession'

On mini-budget: "We had to take decisive action"

A cost of living grilling on Radio Stoke