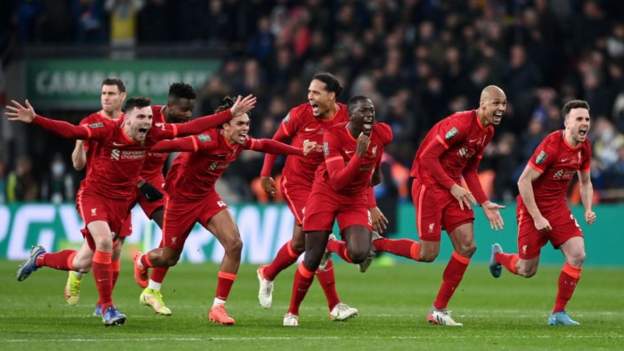 Liverpool won a dramatic penalty shoot-out to secure the first domestic trophy of the season after a classic Carabao Cup final against Chelsea at Wembley. 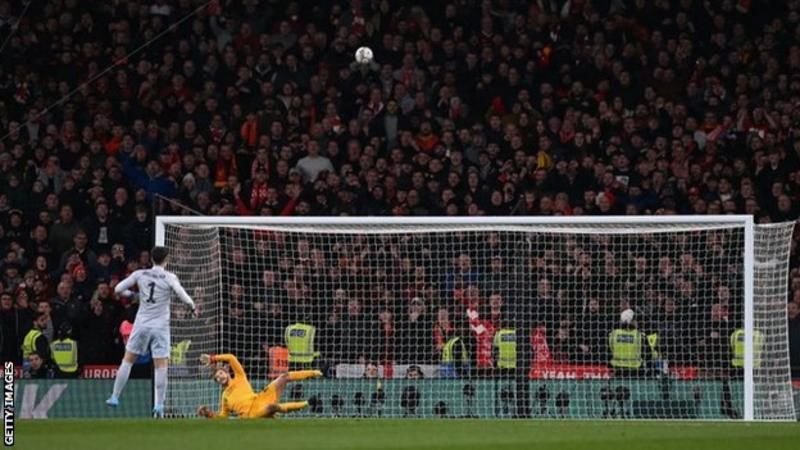 Kepa Arrizabalaga, brought on in the closing moments of extra time as a penalty specialist, missed the decisive spot-kick after a magnificent game came down to a shoot-out between Chelsea's keeper and his Liverpool counterpart Caoimhin Kelleher.

Kelleher made it 11 penalties from 11 for Liverpool but Kepa blazed wildly over the top as a high-class showpiece was decided by the finest of margins after 21 successful attempts.

Chelsea, who had three goals disallowed for offside, were left to rue two big misses by Mason Mount but they were also grateful for a magnificent display from keeper Edouard Mendy, who produced a string of outstanding saves.

Liverpool created a host of chances and had a Joel Matip goal ruled out for a foul and offside in an incident-packed game that went right down to the wire before Jurgen Klopp's side prevailed, for a record ninth League Cup success. 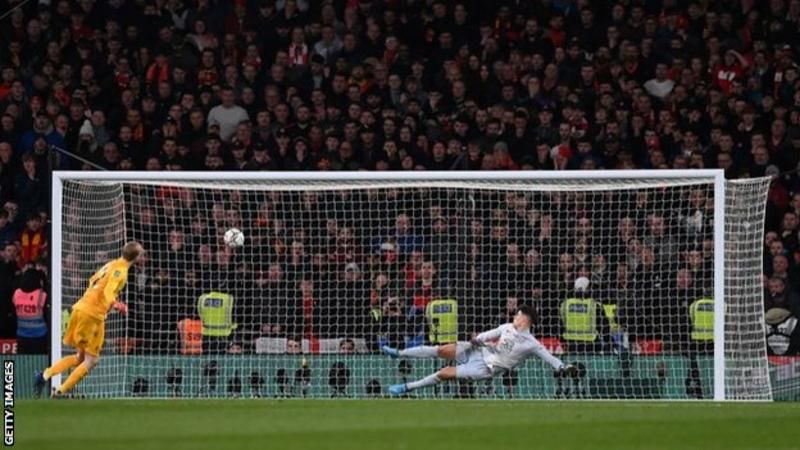 Manager Jurgen Klopp made it clear as soon as Liverpool reached Wembley that Kelleher would retain his place as the Reds' goalkeeper in this competition ahead of first-choice Alisson.

It was a decision laced with an element of risk but the 23-year-old repaid Klopp with a complete performance that included scoring Liverpool's 11th and final penalty.

This was a small element of a remarkably assured performance that started with a crucial early save from Christian Pulisic and also saw him deny Chelsea a last-gasp win with a near-post block from Romelu Lukaku in the closing seconds of extra time.

Kelleher was composed in every aspect of his game as he dominated his area and handled everything that came his way, confirming his growing reputation as a goalkeeper of high promise.

Liverpool had to go all the way to win this trophy for the first time since 2012.

Klopp was forced into a late reshuffle after a tearful Thiago Alcantara was injured in the warm-up, drafting in Naby Keita as a late replacement.

Liverpool traded near misses with Chelsea as both teams refused to take a backward step and it was right that only penalties could separate the sides after an outstanding Wembley occasion. 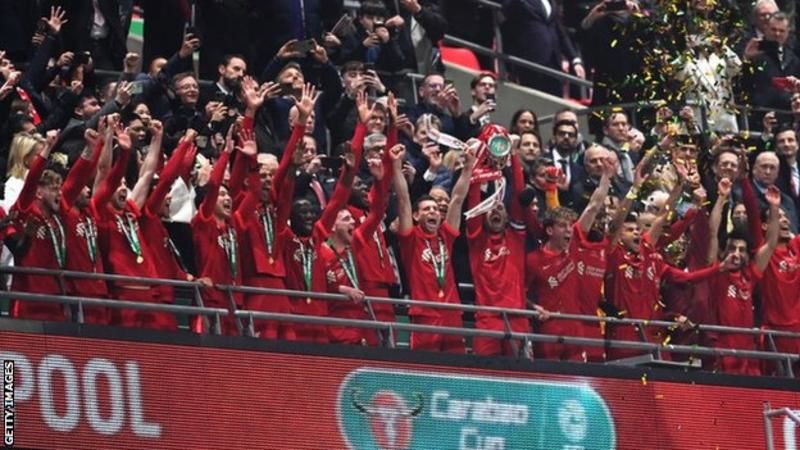 Mount will have a sleepless night after this EFL Cup final after missing two glorious chances either side of half-time that could have proved pivotal.

He somehow steered wide with the goal at his mercy just before the interval then, with time and space to spare, struck a finish against the post with Kelleher badly exposed.

On such small details this game was decided, although Chelsea will also look back on the most marginal of offside decisions that saw substitute Lukaku have a goal disallowed.

Manager Thomas Tuchel took an understandable gamble when he sent on Kepa in the final moments in the hope he would live up to his reputation as a penalty expert but he could not stop 11 spot-kicks from Liverpool before sending his own effort horribly high into the celebrating supporters behind Kelleher's goal.

Tuchel may wonder whether he should have kept the unbeatable Mendy on for penalties after his heroic performance but it is easy to be wise after the event and Kepa has proved his quality from penalties in the past.

There can be no complaints about the quality and effort in Chelsea's performance other than the failure to take the chances that came their way.

They demonstrated they belong in the Premier League's elite company alongside Liverpool and Manchester City and no-one would dismiss their chances of making amends for this disappointment by winning a different piece of silverware this season.