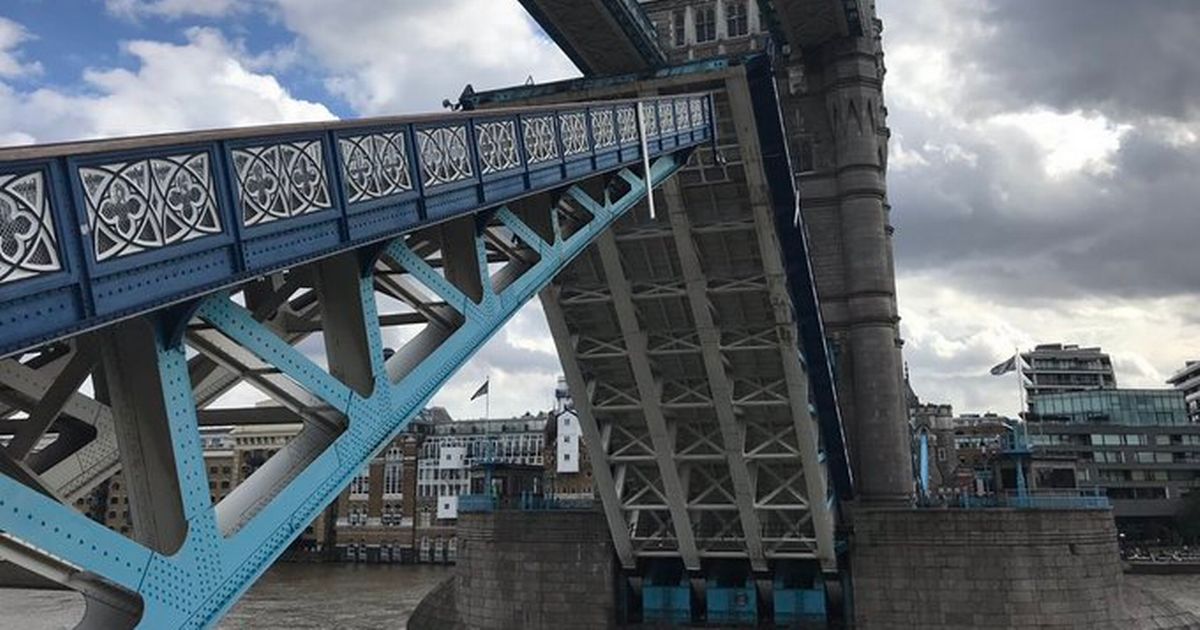 Tower Bridge is reportedly stuck and traffic has come to a standstill in the city. The iconic bridge has reportedly been party closed for the past hour.

Several people have taken to social media to describe what they can see.

One person said: "Tower Bridge has got stuck up! Oooopsie!"

Another said: "Tower Bridge opened almost an hour ago and it hasn’t closed back yet. It looks stuck and the two parts aren’t symmetrical."

In a statement City of London Police said: "Tower Bridge is currently closed to pedestrians and traffic, due a mechanical fault.

"Mechanics are currently working hard to fix the bridge.

Tower Bridge remains stuck into the evening on Saturday

Traffic is reportedly bad in the area as a result

Tower Bridge has been stuck for the past hour