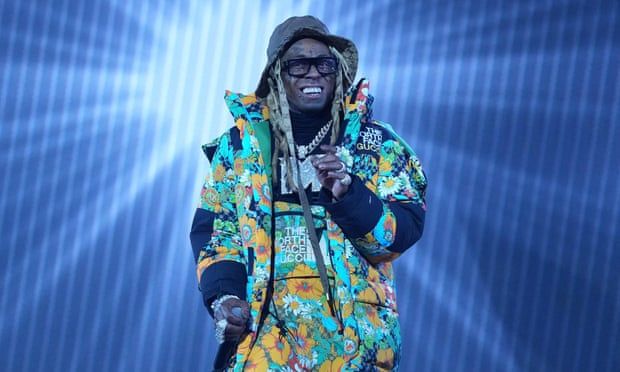 The Grammy-award winning American rapper, 39, will not perform on Saturday in what was believed to be his first UK show in 14 years after he had his visa application refused.

Announcing the change in lineup on Wednesday evening, which will see Ludacris headline instead, the organisers said they are “deeply disappointed” by this “sudden and negative ruling”.

“Due to extreme circumstances beyond our control or influence, we are very sorry to inform you that Lil Wayne is now unable to perform at the festival on Saturday 18 June.

“Lil Wayne has been refused entry to the UK directly by the Home Office in a last-minute decision.

“We have received very minimal notice, and the timing of the decision is of course upsetting for all involved – including Lil Wayne’s fans, as well as the festival team,” a statement said.

The hip-hop star, a convicted felon, admitted a weapons charge in December 2020 and was facing up to 10 years in jail before Donald Trump pardoned him during his final hours as president.

In a statement on Wednesday, the UK Home Office said: “Any individual who has been sentenced to a custodial sentence of 12 months or more must have their application refused.”

Lil Wayne, whose real name is Dwayne Michael Carter, was previously forced to cancel an anticipated UK tour in 2011 after his visa application was reportedly rejected by UK border authorities due to prior convictions in the US.

His performance at Strawberries & Creem festival, alongside Tion Wayne, Mabel and Katy B, was to be his only European show in 2022, the festival previously said.

The festival, which has been running since 2014, will run for three days at Childerley Orchard in Cambridge.