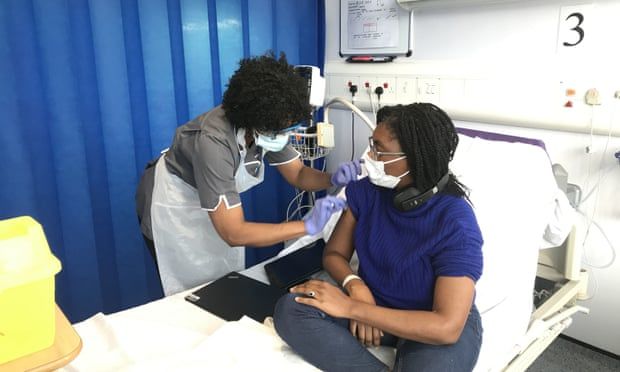 The study linked 2011 census and death registration data to produce estimates of life expectancy and cause of death by ethnic group.

White and mixed ethnic women had a life expectancy of 83.1 years, while for Black African women the figure was 88.9. White and mixed ethnic men had life expectancies of 79.7 and 79.3 years respectively, while the figure for those in the “Asian other” group – Asian, but not Indian or Bangladeshi or Chinese - was 84.5, and for Black African men 83.8.

Dr Veena Raleigh, a senior fellow at the King’s Fund thinktank, said the ONS analysis was robust and consistent with previous research. Academics and commentators often say ethnic minorities have the worst health outcomes, she said, “but that’s not always supported by the evidence”.

One key reason for higher life expectancy among ethnic minorities is the so-called “healthy migrant effect”. There is evidence that migrants tend to be healthier, with lower levels of smoking, alcohol consumption and other risk factors, she said, noting that this effect wanes over time as the following generations generally assume similar lifestyles to native populations.

“So, there are ethnic differences in health, but we need to be very precise in knowing what the data is showing, and targeting the specific factors affecting health in specific groups,” Raleigh said. “It’s a kaleidoscope … and you need a magnifying glass to identify what the problems are, why they’re occurring, and how they should be addressed.”

Dr Raghib Ali, a senior clinical research associate at the University of Cambridge, said the data showed the disproportionate impact of Covid on minority ethnic groups had reversed their previous mortality advantage rather than making a previous disadvantage worse.

As exemplified by Covid, the biggest driver of worse health outcomes is deprivation, Raleigh said, noting that there were millions of poor, white people who are also affected by health inequalities.

“This is about reducing health inequalities overall and in specific groups as indicated … addressing ethnic minority health needs where indicated, but also addressing the health needs of poor white people,” she said. “I think that’s how nationally we will get to a better place.”
#Covid
Add Comment