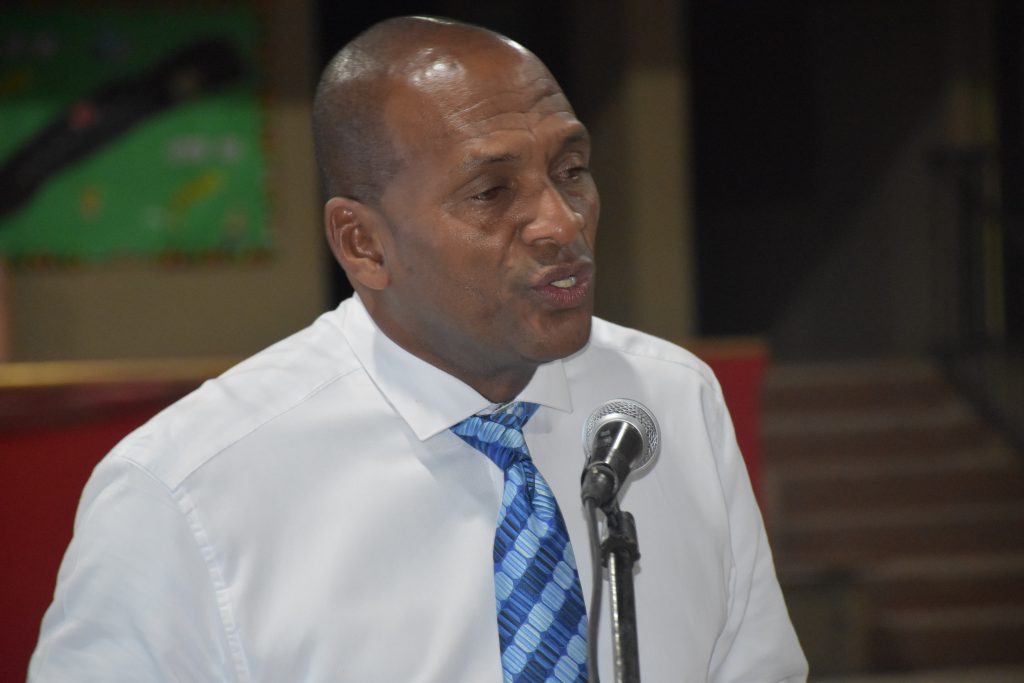 ‘Let us work with UK as partners’, Vanterpool now urges

The BVI should work closely with the United Kingdom (UK) as partners as it seeks to move forward in its journey towards self-determination.

This was the view expressed by Fourth District Representative Mark Vanterpool during the recently held Emancipation Service at the Sunday Morning Well in Road Town.

“Let us go forward and work closely with the United Kingdom as partners with them respecting us and we respecting them as how we can work together to make the Virgin Islands a better Virgin Islands for the people of this territory,” Vanterpool said.

“We must be able to depend on our good partners, the United Kingdom, who have stood with us for many years, many years past,” the veteran legislator added.

Vanterpool’s statements veered significantly from the tone he had set in remarks made in the House of Assembly (HOA) weeks ago during a debate on the Commission of Inquiry (COI) report.

At the time, Vanterpool attempted to move a motion — which he subsequently withdrew — to send a delegation to the UK to demand the removal of an Order in Council in the UK parliament.

The Order was put in place to effectively enforce the main overarching recommendation (Recommendation A1) that came from the COI report, designed to partially and temporarily suspend the BVI’s constitution and institute direct rule through the UK-appointed governor.

But the Order would only be enforced if conditions in a framework agreement signed with the UK for the implementation of the COI recommendations are not met.

Demanding his own version of BREXIT from the UK at the time, Vanterpool said he wanted the BVI to be left alone by the UK.

No such thing as independence

Fast forward just a few weeks later and Vanterpool’s tone appears more subdued and nuanced, with his argument centred this time on the theory that there is no such thing as independence.

In the meantime, Vanterpool is also advocating for the discontinuance of the BVI’s involvement as a member of the Commonwealth group of countries.

Vanterpool argued that the Commonwealth of nations is a reminder of all the nations that the UK enslaved in the past and insisted that there was no going back to that.