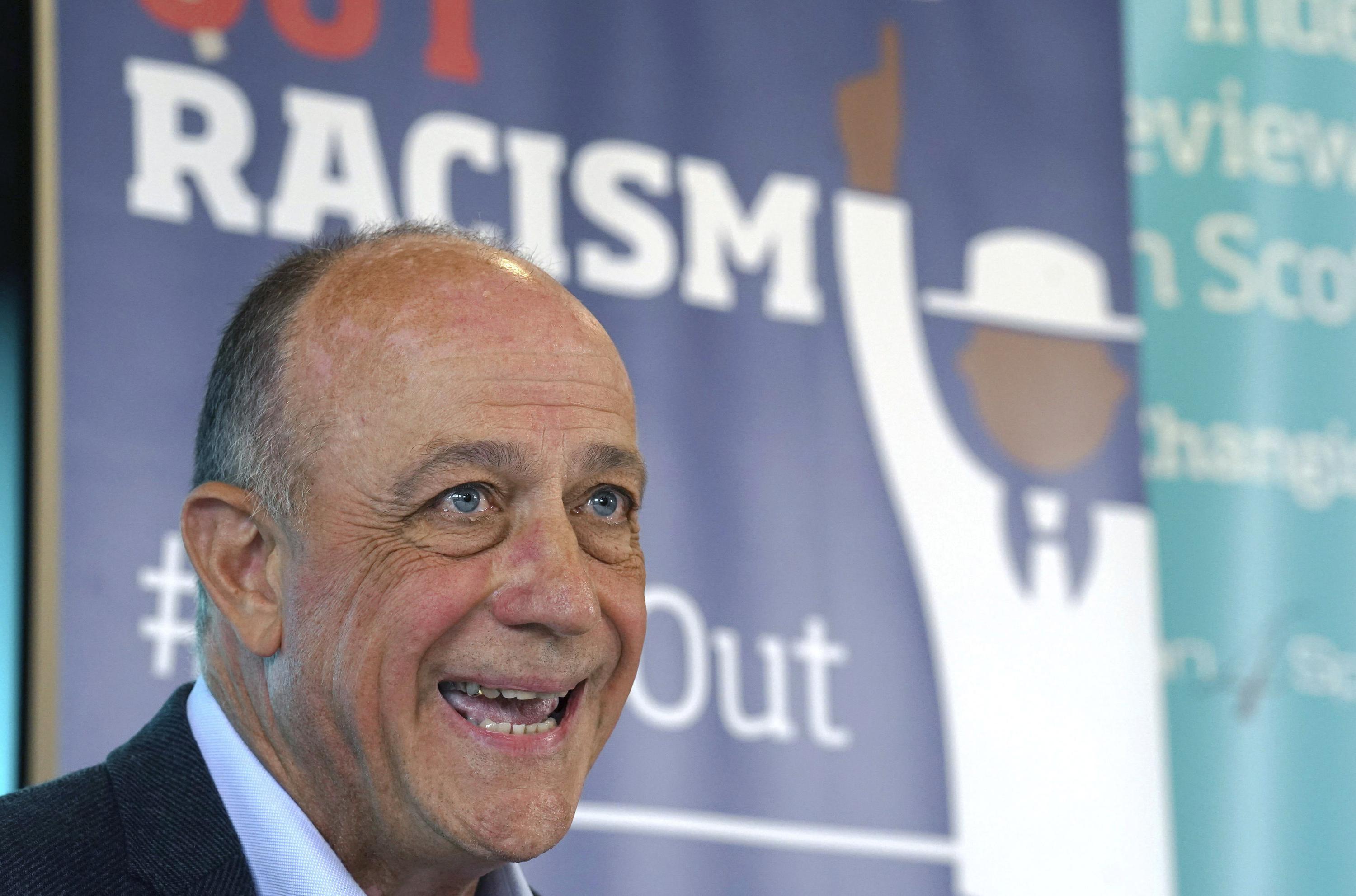 The leadership of Scottish cricket was found to be institutionally racist by an independent review, dealing another major blow to the sport after a similar scandal in the English game.
The review was published Monday following a seven-month investigation sparked by allegations from Scotland’s all-time leading wicket-taker, Majid Haq, and his former teammate, Qasim Sheikh.

Hundreds of people came forward to recount their experiences as part of the investigation. From those conversations, 68 individual concerns have been referred for further investigation, including 31 allegations of racism against 15 people, two clubs and one regional association.

The allegations include racial abuse, the use of inappropriate language, favoritism toward white children from public schools, and a lack of a transparent selection process.

An interim report in April revealed that some incidents had been referred to police. One individual has appeared in court as a result.

The review also found a lack of any diversity or anti-racist training, no consistent process for handling racist incidents — with people who did raise issues “sidelined or ignored” — a lack of diversity from board level to the coaching workforce and within the talent pathway, and a lack of transparency in the selection process.

The consultancy firm leading the review said it was clear that the “governance and leadership practices of Cricket Scotland have been institutionally racist.”

“The reality is that the leadership of the organization failed to see the problems and, in failing to do so, enabled a culture of racially aggravated micro-aggressions to develop,” said Louise Tideswell, the firm’s managing director.

The review is recommending that Cricket Scotland be placed in special measures by sportscotland, the government agency overseeing sports in the country.

Stewart Harris, chief executive of sportscotland, described the findings of the report as “deeply concerning and in some cases shocking” and said it should “act as a wake-up call for all of Scottish sport.”

“Racism is a societal problem,” he said, “and it is no longer good enough to simply be non-racist, Scottish sport must now be actively anti-racist.”

The entire board of Cricket Scotland resigned on Sunday ahead of the publication of the report.

Cricket Scotland interim CEO Gordon Arthur, who started in his role this month, issued what he described as a “heartfelt apology” to the victims of racism and other discrimination.

“We hope the report provides them with some reassurance that their voices have been heard, and we are sorry this did not happen sooner,” Arthur said. “This report is a watershed moment for cricket in Scotland and taking its recommendations forward is the top priority. It’s clear that significant cultural change must happen and it must happen quickly.”

Arthur refused to give personal apologies to Majid and Qasim, the two whistleblowers.

In England, issues raised by another whistleblower, Azeem Rafiq, who testified at a parliamentary hearing last year about the racism he suffered while playing at Yorkshire, led to the England and Wales Cricket Board creating an anti-discrimination unit and conducting a review of locker-room culture.

The ECB initially suspended Yorkshire from hosting international matches because of its response to the racism faced by Rafiq — at first, the team dismissed some of the abuse as “friendly banter” — and apparel supplier Nike ended its sponsorship with Yorkshire. The entire coaching staff at Yorkshire stepped down and the club’s new chairman, Kamlesh Patel, said significant change was required to “regain trust.”

Rafiq’s accusations brought forth similar complaints from other players and triggered the uncovering of other historical cases.
Add Comment