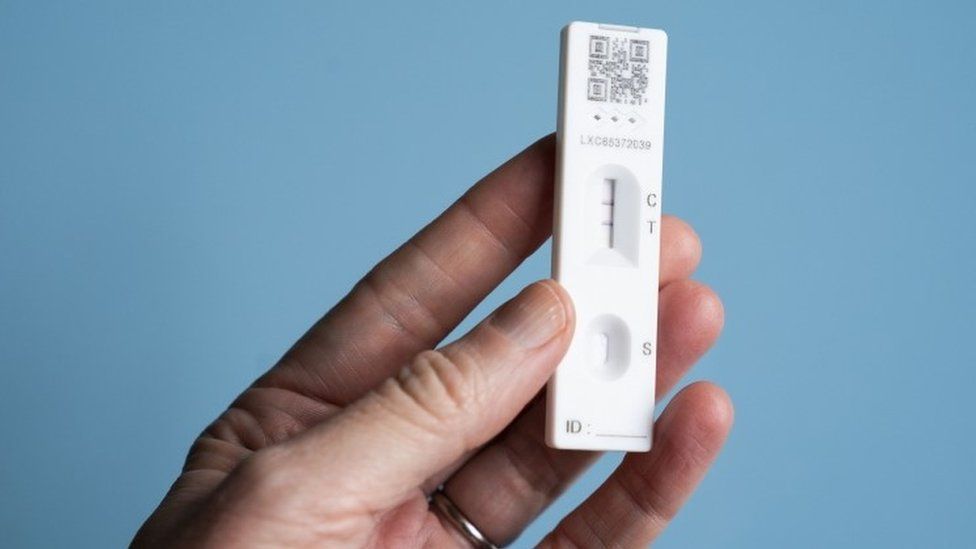 A trainee police officer drew red lines on his Covid-19 testing strip in an attempt to secure time off work.

Ahmed Anwari told a superior officer at Lancashire Police he had to stay home in December due to receiving a positive lateral flow test result.

When asked for proof, it became clear the test had been "manually altered", his misconduct hearing was told.

Anwari, who resigned from the force soon after being caught, was found to have committed gross misconduct.

After submitting a photograph of his faked positive test, Anwari was invited to take another during an online meeting. He then again falsely claimed to have recorded a positive result.

When confronted, Anwari admitted lying about the tests so he could stay at home under the then self-isolation rules.

He resigned from the force the next day.

He said: "I find that had Mr Anwari still been a member of Lancashire Constabulary he would have been dismissed.

"Police officers must keep in mind at all times that the public expect them to maintain high standards of professional behaviour."

Mr Anwari chose not to attend the hearing in Ormskirk and was not legally represented.