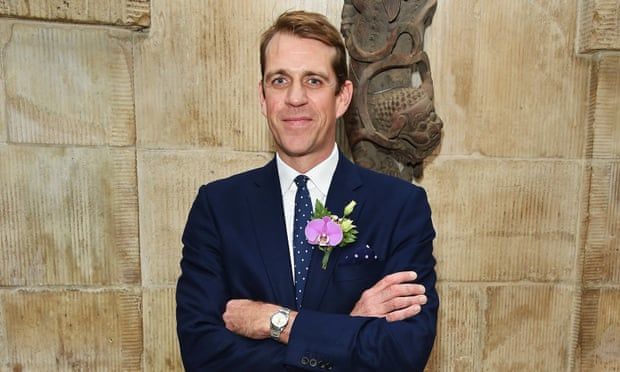 Anneliese Dodds demands to know details of Ben Elliot’s role in lobbying firm he co-founded
Labour has raised further questions about the business interests of Ben Elliot, the Conservative party’s co-chairman, after it emerged that a PR firm he co-founded has lobbied the government on behalf of subprime lender Amigo, Chinese telecoms company Huawei, and health firm Iceni Diagnostics in the last year.

Labour called for more transparency about Elliot’s ownership of a stake in Hawthorn Advisors, a PR firm that works to influence government policy on behalf of its clients.

Since the beginning of the year, Hawthorn has directly lobbied the government for Huawei, the Chinese company that is in the process of being removed from the UK’s 5G network, and Amigo Loans, the subprime lender that has been battling the threat of insolvency, according to the register of consultant lobbyists.

Elliot co-founded the firm in 2013 and continues to hold a minority stake through a trust. Elliot adopted an arm’s length approach to his shareholding and stood down as a director in April last year shortly after becoming Conservative party co-chairman.

But Anneliese Dodds, chair of the Labour party, said the public should know what access Hawthorn has “got to the corridors of power and what it used that access to lobby for”, and called for details of any meetings between Hawthorn and the government to be made public.

“The lobbying rules that exist today aren’t fit for purpose under the crony Conservatives,” she said.

“We need urgent reform to ensure that it cannot be one rule for high-ranking Conservatives and their chums, and another rule for everyone else.”

A source with knowledge of the situation said Elliot “does not meet or advise clients and never has”.

Labour’s comments came after Elliot was accused of muddying the waters between his business and political affairs over his directorship of an elite concierge company, Quintessentially.

Charlotte Leslie, the former Tory MP for Bristol North West, made the allegation that Elliot has mixed his political role with his business interests in an interview with the Financial Times this week.

Leslie was opposed to the idea of a Conservative donor, Mohamed Amersi, setting up a rival Conservative group on the Middle East.

The former MP sent a memo raising concerns about his past business links. Amersi said he vehemently rejected all claims and was considering legal action against her.

However, she said Elliot did not disclose at the time that Amersi was a longstanding client of Quintessentially.

Last week, Amersi said Elliot – the nephew of Camilla, the Duchess of Cornwall – had introduced him to the Prince of Wales in 2013 after he paid thousands for membership of Quintessentially.

A spokesman for Elliot has said the introduction was “entirely about helping to raise money for charity”.