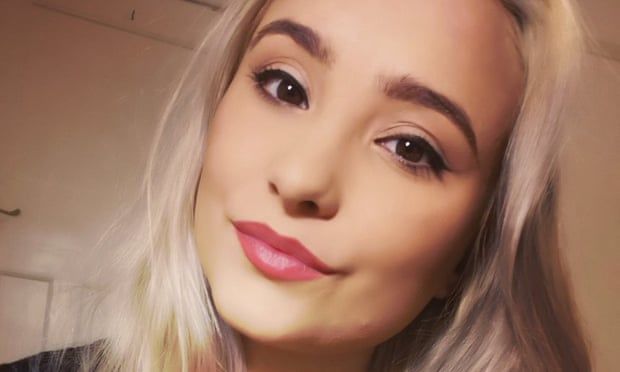 Labour apologises to chair of youth wing for ‘investigation error’

Inquiry into Jess Barnard was mistake made while clearing complaints backlog, party says
Labour has apologised for briefly placing the chair of its youth wing, Jess Barnard, under investigation for “hostile or prejudiced” behaviour, saying this was an error that happened amid an attempt to clear a backlog of complaints.

Barnard was recently involved in a public row with Labour’s general secretary, David Evans, about the group’s participation in Labour’s annual conference later this month.

In a series of tweets, Barnard complained that Young Labour had not been given the support from Evans that it needed to hold an event, and was told it would not be allowed to have Jeremy Corbyn as a speaker. The party has since said that the former leader would be able to address conference fringe events.

On Friday, she received a letter telling her she was under investigation for conduct that “may reasonably be seen to demonstrate hostility or prejudice based on age; disability; gender reassignment or identity; marriage and civil partnership; pregnancy and maternity; race; religion or belief; sex; or sexual orientation”.

Documents seen by the Guardian showed that the supposed investigation related to two tweets from last year, in one of which she said she was blocking “Terfs” – short for “trans-exclusionary radical feminists,” a term sometimes used by campaigners for trans rights to describe their opponents.

Another tweet took aim at a Labour councillor, telling him, “I just won’t be intimidated into giving transphobes energy.”

But very soon after the investigation emerged, it was rescinded, with officials saying the notice was issued by mistake while the party was trying to clear a mass of complaints. The notice was seemingly not issued under normal procedures, and the circumstances are being looked into.

A Labour spokesperson said: “We apologise unreservedly to Jess for the hurt and upset this has caused.”

Labour’s disciplinary process has long been the subject of factional conflict. The party’s handling of antisemitism complaints under Corbyn’s leadership led to a highly critical report from the Equality and Human Rights Commission (EHRC), and Corbyn himself was then temporarily suspended.

Keir Starmer has declined to restore the Labour whip to his predecessor, over comments Corbyn made after the EHRC report was published that appeared to question the scale of the problem of antisemitism in the party.

Starmer is overhauling the process in line with EHRC recommendations to prevent political interference, with a number of rule changes set to be voted on at the party’s conference in Brighton.
Add Comment