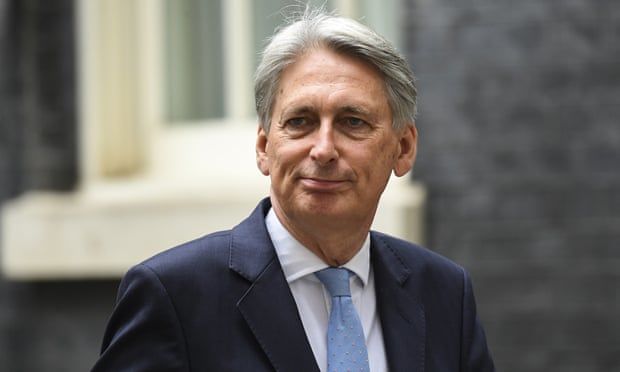 The former MP, who is now a Conservative peer, became the latest figure embroiled in questions over lobbying, following a government-commissioned review which found the rules regarding access and influence of politicians and senior civil servants “worked well”.

Since leaving the Commons, Lord Hammond has taken on several roles, including as a non-executive director of OakNorth International bank.

In an email sent during the first few months of the Covid crisis, the Sunday Telegraph said Hammond contacted Charles Roxburgh – the Treasury’s second most senior civil servant – to tell him of a “toolkit” OakNorth had developed to assess possible borrowers.

An attachment to the message contained OakNorth’s pitch, and Hammond asked Roxburgh to “pass it on to anyone else who might be appropriate”, the newspaper said.

The communication came under scrutiny because Labour claimed it violated an explicit ban imposed on Hammond after he left the government in July 2019 when Theresa May stepped down and was replaced as prime minister by Boris Johnson.

A letter from the Advisory Committee on Business Appointments – which advises frontbenchers and those who have recently stepped down on what activities they can and cannot use their positions for – reportedly told Hammond that for two years after quitting he should not make use of his “government and/or ministerial contacts to influence policy or secure business on behalf of OakNorth”.

The ministerial code also says former ministers “must abide by the advice of the committee”.

Labour’s deputy leader, Angela Rayner, said Hammond had broken the ministerial code and called for an investigation by the cabinet secretary.

“Hammond has entirely disregarded the conditions that were made clear to him when he took the job with OakNorth Bank,” she said. “If the rules are treated with such derision by the former chancellor then the whole system is rotten.”

A spokesperson for OakNorth said the bank was offering help for free to the UK government during the height of the pandemic. “There was absolutely no reference of payment in the presentation that was sent and it was made explicit in the discussions we had with the Treasury that this would be pro bono,” they added.