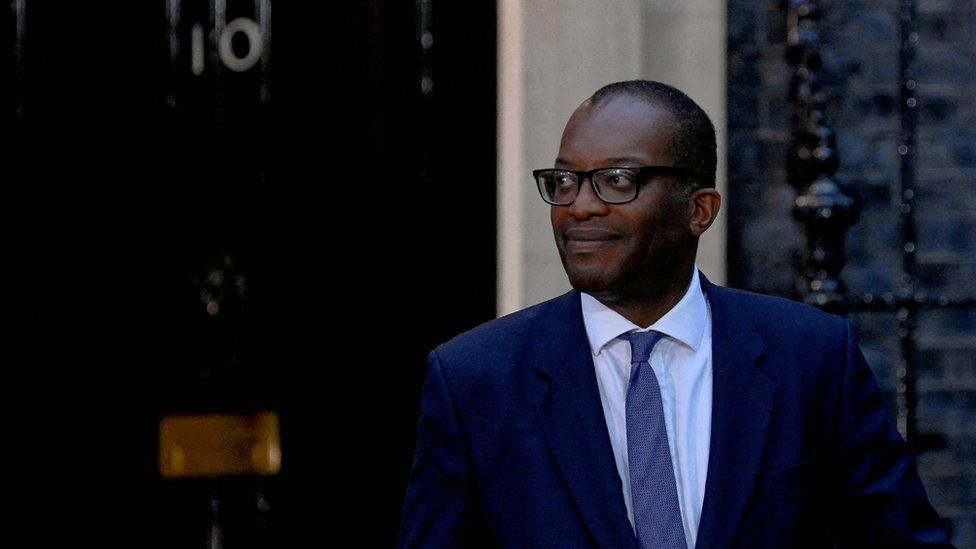 The Conservative Party chairman has defended the chancellor after a report claimed he discussed confidential plans for the economy with financiers at a private champagne reception.

Jake Berry said Kwasi Kwarteng had not shared any insights at the party - which he was also at - held in the hours after his mini-budget last week.

The Sunday Times said hedge fund managers, who might gain from a crash in the pound, had "egged him" on.

Lib Dems have called for an inquiry.

After the chancellor's tax-cutting mini-budget on 23 September, he attended a gathering at the Chelsea home of a City financier where he gave guests insights about planned spending cuts, according to the Sunday Times.

Speaking to Sky's Sophy Ridge on Sunday, Mr Berry insisted that was not the case.

"I can categorically rule out that in terms of the address he made to the group of people who were there as part of this normal treasurer's event, he did not give any insight into future plans and I'm sure in terms of his private conversations he didn't give any," he said.

Mr Berry said he did not see the chancellor drink champagne and pointed out that drinks receptions were often held for Conservative Party donors, just as they were for Labour and Lib Dem donors.

Mr Berry insisted no confidential information was discussed and the event was "part of the normal drumbeat of treasurer events within the Conservative Party".

"I'm not sure any of them did make money from the crash in the pound," he added. 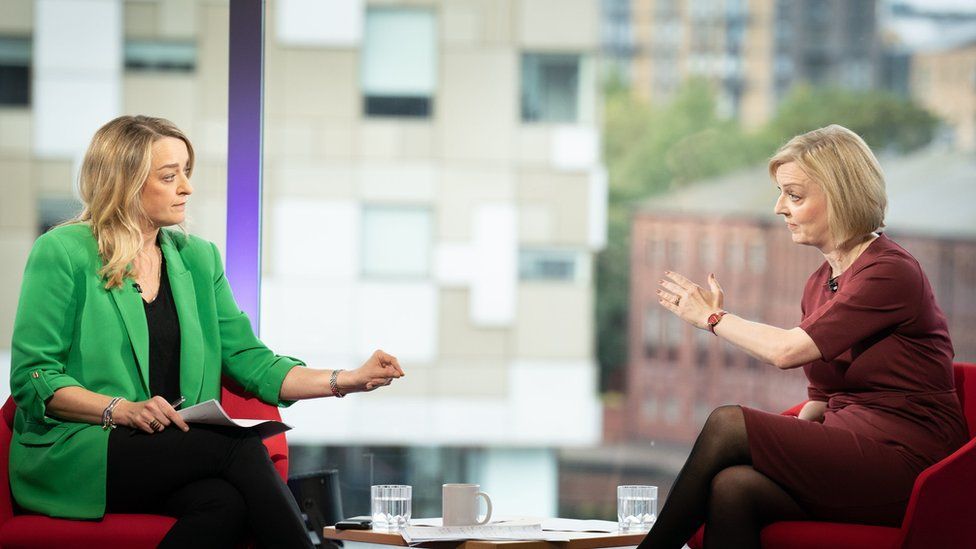 Asked about the report on the BBC's Sunday with Laura Kuenssberg, Prime Minister Liz Truss said: "The chancellor meets business people all the time, that's his job.

"I do not manage Kwasi Kwarteng's diary, believe me."

Pressed on whether it would have been better if he had not gone as people struggle with the cost-of-living crisis, she said the chancellor and cabinet were focused on bettering the country.

The Lib Dems have called for an official inquiry into the reception.

"How out of touch can you get?"

In his mini-budget, the chancellor unveiled the biggest tax cuts in a generation, including scrapping the 45p rate of tax for top earners and the cap on bankers' bonuses.

The announcements sparked days of turbulence in financial markets, with the pound falling to a record low against the US dollar on Monday, although it has since recovered.