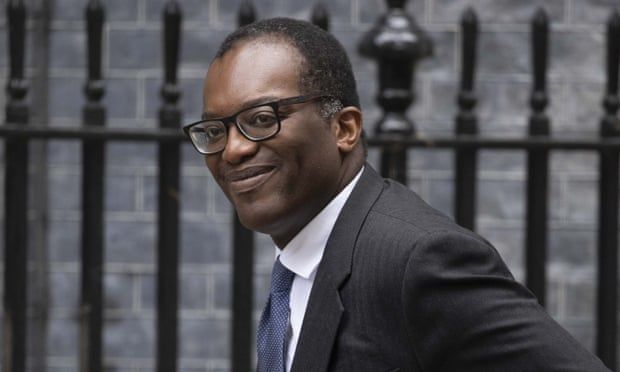 Business secretary says move to protect Bristol-based electronic design firm ‘necessary to mitigate the risk’
The UK has blocked the takeover of an electronic design company by a Hong Kong rival over national security concerns, in the latest sign of growing British anxiety about Chinese investment.

The business secretary, Kwasi Kwarteng, took the decision to prevent Super Orange HK from acquiring Bristol-based Pulsic, saying it was “necessary and proportionate to mitigate the risk to national security”.

It comes under the new National Security and Investment Act, which was introduced at the start of the year.

The government’s move is its latest attempt to curtail Chinese ownership of significant British companies, in particular technology firms or those with strategic importance.

Kwarteng, who is considered the frontrunner to become the UK’s next chancellor, is also deciding whether to allow the purchase of the UK’s largest producer of semiconductors by a Chinese-owned manufacturer.

Pulsic, which is privately owned, was founded in 2000 and supplies parts to the world’s leading semiconductor companies.

The Department for Business, Energy and Industrial Strategy said Pulsic’s intellectual property and software could “facilitate the building of cutting-edge integrated circuits that could be used in a civilian or military supply chain”.

The products, which are “used to build defence or technological capabilities”, could also be exploited, the department said.

Relations between London and Beijing have worsened in recent years over human rights issues, including the treatment of the Uyghur people in China’s far west.

The UK has frequently raised concerns about the country’s involvement in areas including defence and security, while the government decided in 2020 to strip the Chinese company Huawei from its role in Britain’s 5G phone networks by 2027.

The two Tory leadership candidates, Liz Truss and Rishi Sunak, have clashed in debates over whether to take a tougher stance on China.

The move by Kwarteng, who is a loyal Truss supporter, to block the takeover of Pulsic, comes soon after his decision to seek more time to scrutinise the purchase of the semiconductor producer Newport Wafer Fab by Nexperia, a Dutch firm wholly owned by China’s Wingtech.

The business secretary said in July he would take an extra 45 working days to look at the controversial £63m deal, which is especially sensitive because Newport Wafer Fab has multiple contracts with the UK government, including defence-related projects.
Add Comment