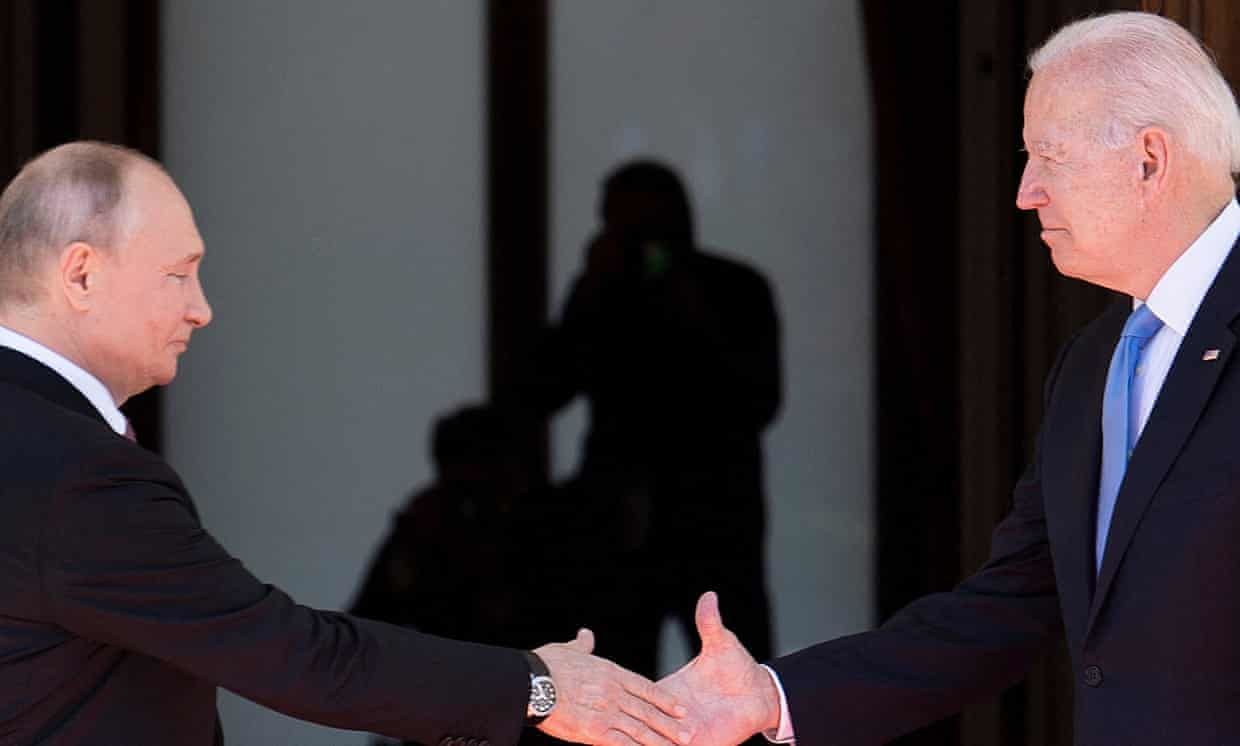 Keynes warned the world against using economic sanctions. His alternative is worth considering

In 1924, the economist argued that aiding our allies is more effective than sanctioning our foes. That lesson should be heeded today
The United States has come to rely on economic sanctions more than ever before. Following its retreat from Kabul in August, Washington has maintained economic pressure on the Taliban. The treasury’s freezing of $9.5bn in Afghan state assets has left that impoverished country facing starvation this winter. Two weeks ago, US officials warned Iran, already under heavy economic pressure, that it will face “snapback” sanctions unless Tehran restrains its nuclear ambitions.

Most prominent of all is the sanctions threat that the Biden administration issued against Russia last month. In the face of a large Russian military buildup on the borders of Ukraine, Joe Biden announced on 8 December that Vladimir Putin will face “severe consequences, economic consequences like none he’s ever seen or ever have been seen” if he escalates into open conflict.

In all three cases, advocates of economic pressure argue that sanctions will deter aggressive action and compel better behavior. But the reality is that both the deterrent and the compellent effect of US sanctions have fallen dramatically amid rampant overuse.

Iran has been under US sanctions on and off since 1979. It has such longstanding experience resisting external pressure that further coercion is unlikely to work. Putin’s Russia has adapted to western sanctions imposed since 2014 by building up large financial reserves, promoting agricultural self-sufficiency, and designing alternative payments systems.

Western supporters of sanctions now face a gridlock that is in part of their own making. Instead of cooling tensions, their implacable and impulsive resort to the economic weapon has aggravated the very conflicts that it is meant to resolve.

Sanctions were created as an antidote to war. Today, they have become an alternative way of fighting wars, perpetuating conflicts but not defusing them. To understand how the policy of economic pressure has reached this impasse, it helps to go back to its historical origins.

A century ago, in the aftermath of the first world war, sanctions were created as a mechanism to prevent future conflict. During the war, the allies imposed a devastating blockade on their enemies, Germany and Austria-Hungary. This kind of economic war against civilians was not a new phenomenon. It dated back to antiquity and played an important part throughout the 19th century, from the Napoleonic wars to the American civil war.

What was unprecedented in 1918-1919 was that the tool of blockade was preserved by the victors after the war’s end. Led by the US president, Woodrow Wilson, allied leaders equipped a new international organization with what they described as “the economic weapon”: the League of Nations would be able to impose a severe economic blockade against unruly states that disrupted international order. Liberal internationalism’s fondness for economic sanctions, still so strong today, was born out of the desire to avoid a repetition of the first world war.

We remember the League of Nations as a failure because it failed to stop a second world war. But in its early days, its sanctions seemed to work to preserve peace. Twice in the 1920s, blockade threats were effective in stopping border skirmishes in the Balkans from escalating into wider war.

But after the economic shock of the Great Depression, this sanctionist strategy backfired. The global slump emboldened nationalist movements that preached self-reliance and militarism and attacked liberalism, international cooperation, and peace.

By trying to stop aggressors with threats of sanctions, League governments only accelerated this trend. Sanctions made economic interdependence appear more dangerous than protectionism. Ultimately, Nazi Germany and imperial Japan embarked on campaigns of conquest to secure vital resources like oil, grain, and metals. In pursuit of their desire to become impervious to Anglo-American pressure, these fascist regimes brought on another world war.

Today we once again face a fragile international environment. In past years the effects of nationalism, trade conflict, natural disasters, and the coronavirus pandemic have weakened globalization. Expanding the use of sanctions risks further destabilizing the world economy. Last year, sanctions on the Chinese telecoms giant Huawei aggravated the chip shortage. Sanctions on Venezuela’s oil exports have made Maduro’s government launch into a desperate scramble for cash by expanding dirty mining for gold and diamonds, poisoning locals and destroying biodiversity in the Amazon. Any major sanctions on Russia would, if imposed, cause turmoil in oil and gas markets that would particularly hurt European economies.

However, there are promising older ideas that can help to avert such a future. One comes from the British economist John Maynard Keynes.

In an unpublished 1924 letter to the League of Nations that I found in its archives in Geneva, Keynes urged sanctions supporters to focus on providing “positive assistance to the injured party as compared with reprisals against the aggressor”. He proposed to organize logistical and financial aid to countries in distress. This was, in his view, a better tool of stabilization than punitive economic sanctions, which “would always run the risk of not being efficacious and of not being easily distinguished from acts of war”.

Interwar liberals were too slow to grasp the importance of Keynes’ proposals. In 1935, the League of Nations imposed sanctions on Italy to stop Mussolini’s invasion of Ethiopia. This measure ultimately failed to save the African nation from defeat and occupation by fascism. While world leaders focused on whether the League sanctions were tough enough, they ignored Ethiopian pleas for financial help.

The unintended role that sanctions played during the interwar collapse of globalization holds two lessons for our current moment. First, the sustained threat and use of economic pressure becomes less effective over time. At some point, imposing additional sanctions hardens rather than reduces the resistance of the countries targeted by them. Biden’s sanctions threat against Putin is a case in point. The Kremlin has made it clear that it is prepared to call this bluff and will sever diplomatic relations in response. Sanctions thus risk moving Russia and the west closer to war.

Second, the potential for such a vicious spiral between liberal sanctions and nationalist aggression can be contained using constructive aid policies. In its domestic response to the pandemic, the US government has rediscovered the Keynesian lesson that public spending is an effective means to ward off economic downturns. But western leaders have yet to appreciate Keynes’ lost insight about the superiority of provision over deprivation as a tool to stabilize international conflict.

Having tried and failed to wield the stick of sanctions effectively, the United States should focus on devising an appealing carrot in the form of long-term economic assistance. This should be extended to battered allies such as Ukraine, a country that receives plenty of military aid but hardly any meaningful structural investment –indeed, its GDP per capita is still a fifth below what it was thirty years ago. Economic assistance should equally flow to former rivals such as the new Taliban government in Afghanistan. This is imperative not just to end the ongoing humanitarian catastrophe, but also because a failure to stabilize the Afghan economy will aggravate refugee flows and foster Islamic extremist groups –the very threat that two decades of US intervention was supposed to eliminate.

Making the prospect of sanctions relief credible will also help manage relations with adversaries like Iran and Russia. Their fortress economies are unlikely to budge under new sanctions. Yet this intransigence does not mean that sanctions relief is necessarily ineffective. To the contrary: years of restrictions have lowered the economic growth trajectories of Iran and Russia, eroded their currencies, and caused inflationary pressures. Sanctions waivers therefore offer real opportunities for Tehran and Moscow. But because sanctions are increasingly deployed as a substitute for war rather than as a pathway toward diplomacy, we barely discuss what long-term concessions might be unlocked through sanctions relief.

In the 21st century, promoting economic stimulus at home while enforcing deprivation abroad is ultimately a self-defeating way to seek world stability. It is also a narrow-minded approach to defending liberal values. All countries face a combination of interconnected problems: supply chain problems, unequal income and vaccine distribution, and galloping climate change. In such a world, the positive instrument of aid is a more effective tool than the negative weapon of sanctions.
#Afghanistan  #Coronavirus  #Joe Biden  #vaccine
Add Comment