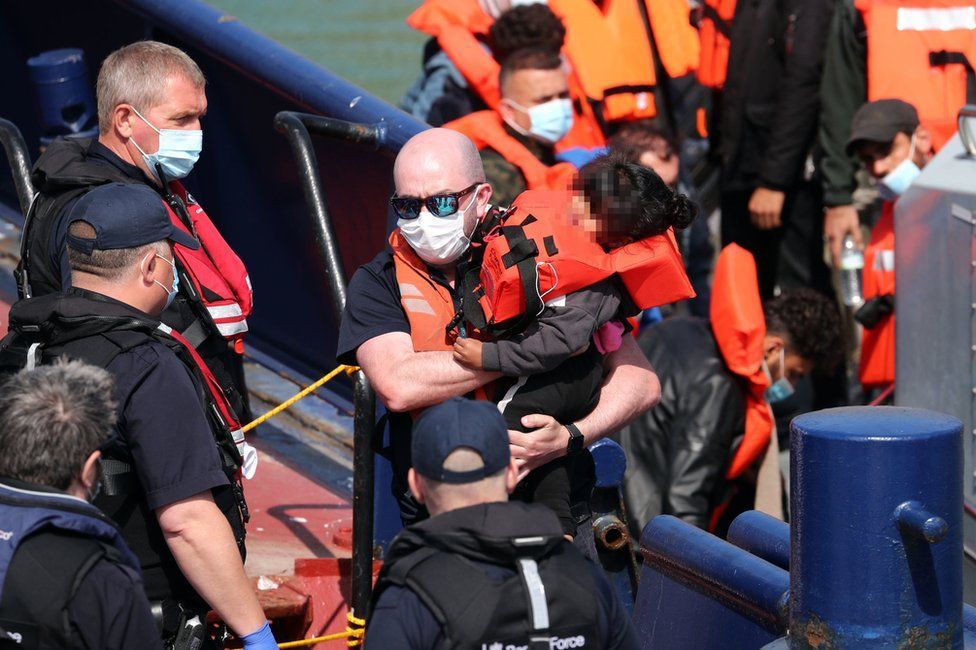 Child migrants arriving at Dover may be turned away by Kent County Council (KCC) within days as its services are overwhelmed, the authority has said.

KCC has taken its first steps in legal action against Home Secretary Priti Patel and wants her to make other councils take "their fair share".

It comes days after Ms Patel lost a High Court legal fight over the Napier Barracks asylum centre in Folkestone.

The Home Office said it continued to encourage more areas to do their part. 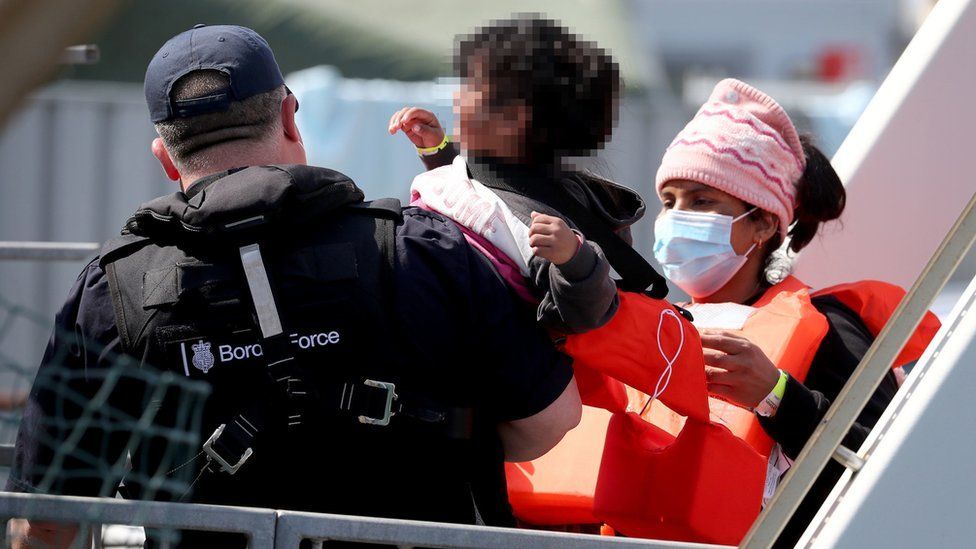 Conservative council leader Roger Gough said it was "a repeat of the same crisis of nine months ago", when services for unaccompanied asylum-seeking children reached breaking point.

So far this year, 242 child migrants have arrived on Kent shores and been passed to children's services, but only 52 have been moved to other local authorities under a voluntary transfer scheme, KCC said.

It said it now had nearly double the number of unaccompanied minors the government said it was safe to have.
KCC wants the existing voluntary transfer scheme to be compulsory.

A proposed judicial review claims there has been a "refusal and/or continuing failure by the Home Secretary to exercise her powers to prepare a mandatory scheme". 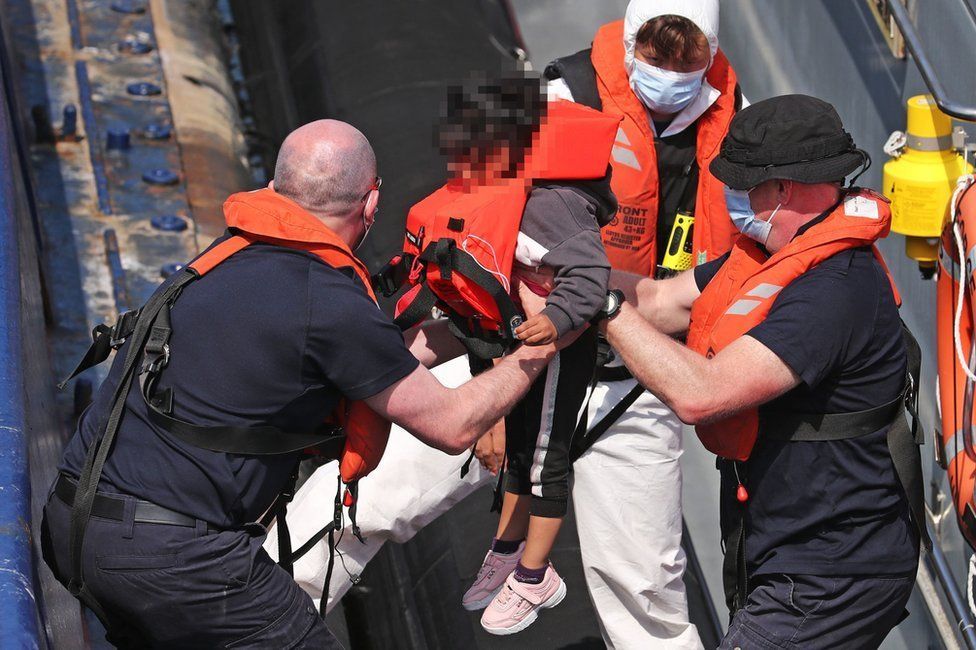 Mr Gough said: "We have not seen what is most needed: a robust National Transfer Scheme that prevents port authorities such as Kent coming under unmanageable pressure."

He said Kent would no longer be able to safely accept new arrivals before the end of the week.

From that point, Border Force will be asked to place youngsters directly into other local authorities around the country from Dover port.

Claim 'to be issued'

KCC has served a formal Letter Before Action to the Home Office.

The council said without any substantive response to its proposals by 17 June, it would issue a claim for judicial review.

A spokeswoman for the Home Office said: "We recognise the longstanding role that Kent County Council has played in supporting unaccompanied asylum-seeking children and are extremely grateful for their contribution.

"We continue to encourage more areas to join the National Transfer Scheme and do their part.

"We have already consulted on how to improve the scheme to make it fairer, the outcome of which will be published very shortly." 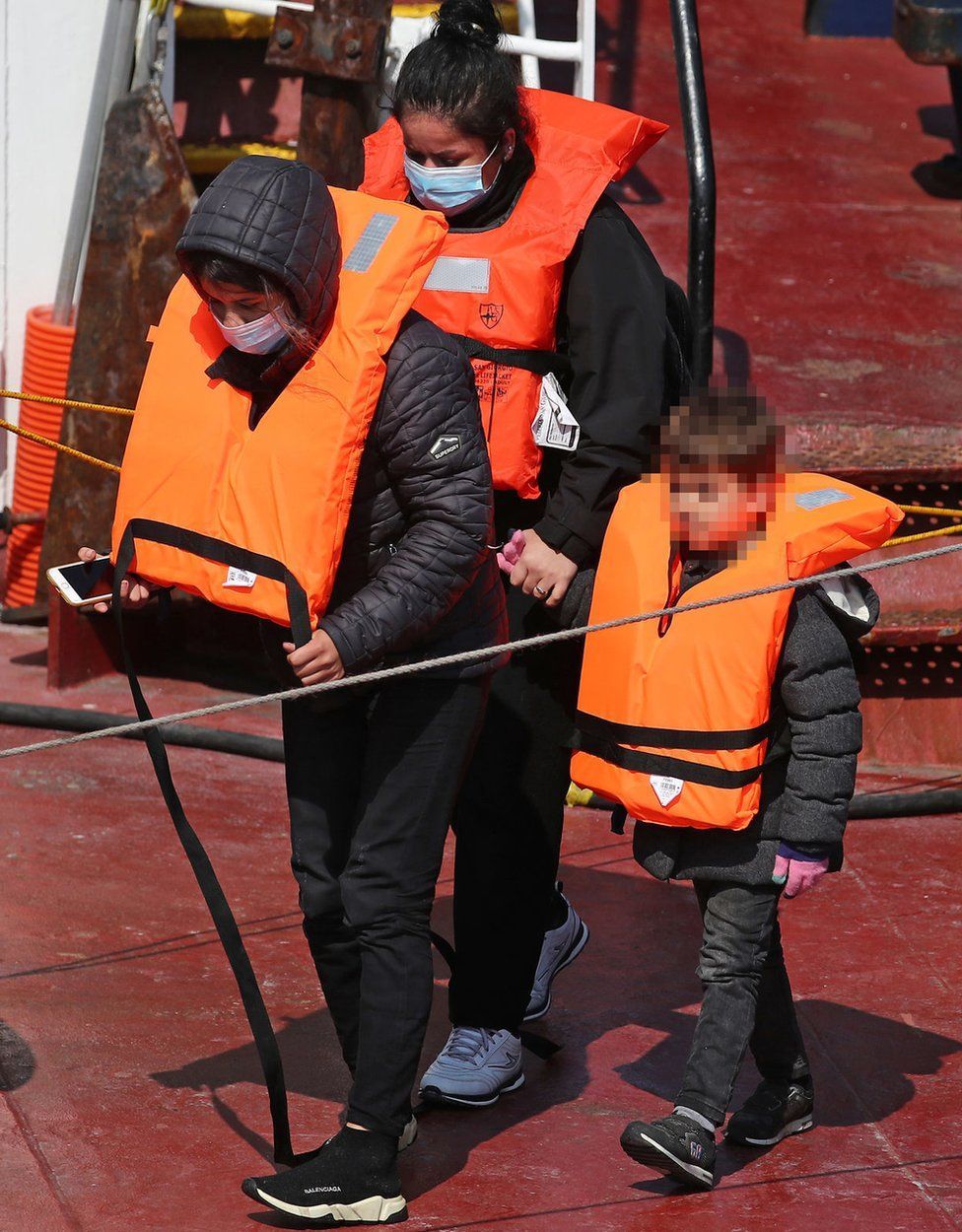