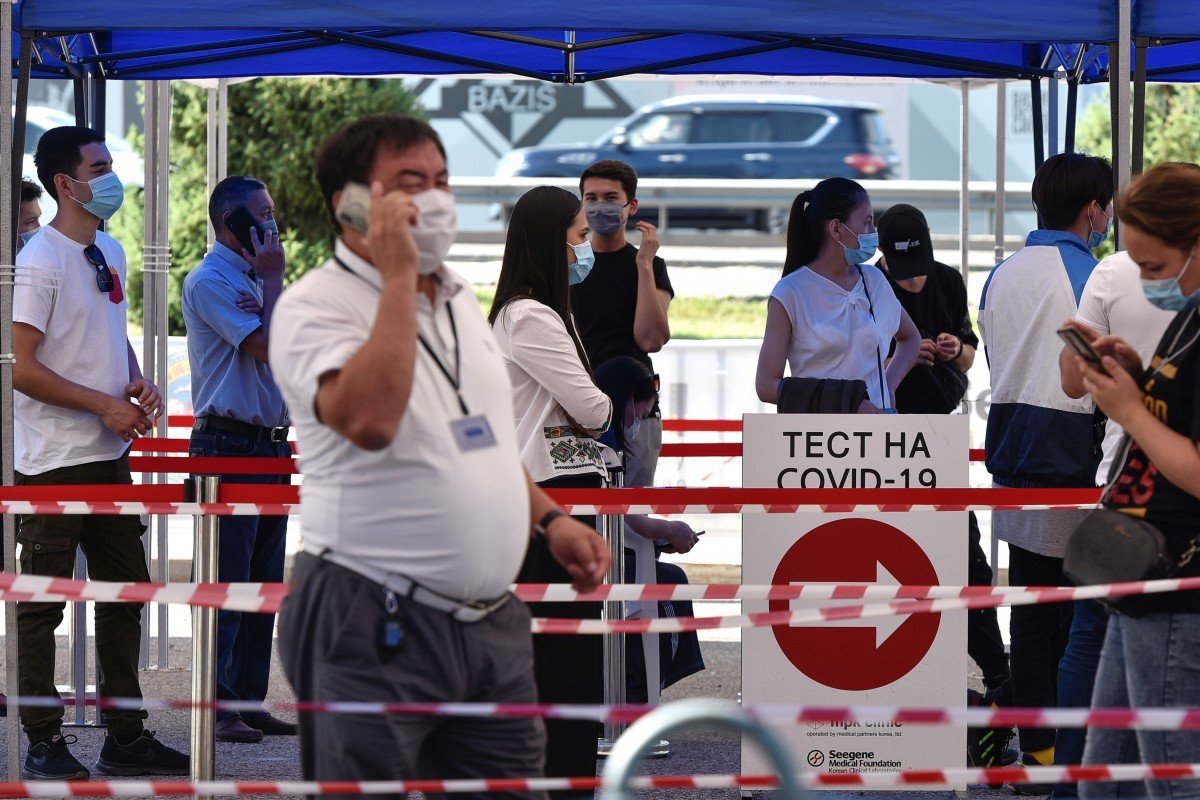 Ministry says Chinese embassy misunderstood official count, which includes unspecified cases. WHO says it not aware of new emerging disease circulating in the Central Asian nation
Kazakhstan’s health ministry has dismissed a Chinese embassy warning that the Central Asian nation had an outbreak of an “unknown” pneumonia that was deadlier than the new coronavirus, saying it was a misunderstanding of the official count.

“In the first half of this year, 1,772 have died of pneumonia in Kazakhstan and 628 died in June alone, including Chinese citizens,” the Chinese embassy said.

“That mortality rate of that disease is far higher than Covid-19 and Kazakhstan authorities are conducting a comparative study of the virus and there is no clear definition yet.”

While the Chinese embassy described the illness as an “unknown pneumonia”, Kazakhstan officials and media have only said it is pneumonia.

The health ministry said the official tally included pneumonia caused by all kinds of pathogens, including bacteria and virus. All of the cases showed clinical symptoms of abnormal imaging regardless of their laboratory results.

It did not specify how many of the pneumonia cases which did not test positive in a swab test were “probable cases” of Covid-19, the disease caused by the coronavirus. It also did not say if any of the cases were caused by a new kind of pathogen.

“At a briefing on Thursday, Minister of Health Alexei Tsoi spoke about pneumonia in the country as a whole: bacterial, fungal, viral origin, including ‘viral pneumonia, unspecified etiology’ according to the ICD-10 classification,” the ministry said, referring to the International Classification of Diseases, a global diagnostic tool.

Calls to Chinese embassy in Kazakhstan were not answered.

George Gao Fu, director of Chinese Centre for Disease Control and Prevention, was quoted by the China New Service as saying the Chinese authorities were still investigating and there was no further information.

The WHO told the South China Morning Post that it was verifying with Kazakhstan about the latest development, but it was not aware of any emerging disease.

“The ministry of health of Kazakhstan published a statement on July 10 clarifying that cases presenting with pneumonia are diagnosed according to ICD-10. This suggests they do not classify as emerging unknown disease. We are in the process of verifying with the ministry the Covid-19 confirmed cases.”

“There are a wide range of potential explanations for pneumonia, of which one is Covid-19 which we know is circulating in Kazakhstan,” the WHO said.

“More than 10,000 laboratory-confirmed Covid-19 cases have been reported by the national authorities over the past seven days. As case numbers are increasing, the country has recently reintroduced a range of physical and social distancing measures. We are currently in contact with the authorities in Kazakhstan to understand situation developments and provide support as needed.”

Kazakhstan news website Informburo quoted Aizhan Esmagambetova, chief sanitary doctor, as saying the death toll of pneumonia in general this year was 50 per cent higher than that at the same time last year.

Tsoi, the health minister, said earlier that pneumonia of all causes would be given the same treatment as for Covid-19.
Kazakhstan has reported more than 50,000 confirmed cases of Covid-19.

Tengrinews, another Kazakhstan news website, reported that 28,000 people were hospitalised with pneumonia and tested negative for Covid-19.

According to Russian news agency Sputnik News, Rafail Rosenson, an immunologist from Astana Medical University, said most of the cases should be Covid-19.

“It is impossible to say 100 per cent, but 99.99 per cent they were caused by the coronavirus. Because in the past there have never been community-acquired viral pneumonias in June,” the doctor said.
#COVID
Add Comment