Vice President Kamala Harris is taking heat after a video emerged appearing to show her wipe her hand on her jacket after greeting South Korean President Moon Jae-in at the White House last Friday.

Harris talked with the South Korean leader about the alliance between the two countries, the dangers posed by North Korea and the “root causes” of immigration shortly before he met with President Biden.

Following their joint press conference, the two shook hands, and she can be seen wiping her hand on her jacket after she pulls her hand away.

“This is the USA VP? Not only disrespectful, but it would be ‘racist’ if this was a Republican, all over the news for sure…Double standards on full display,” posted Twitter user GoddoG_668.

Another noted: ​”​Kamala Harris insults the South Korean President Moon Jae-in by wiping her hand off after shaking his hand.”

D​ Gibson on Twitter said if former President Donald Trump had wiped his hand after greeting a world leader, the story would have topped news shows.​​

“​Let’s get one thing straight. This isn’t a high school function where no one is watching the students. If #45 had done this, Sweet Lord Have Mercy… it would have been the lead story on every liberal media station for a month, if not longer​,” the posting said. 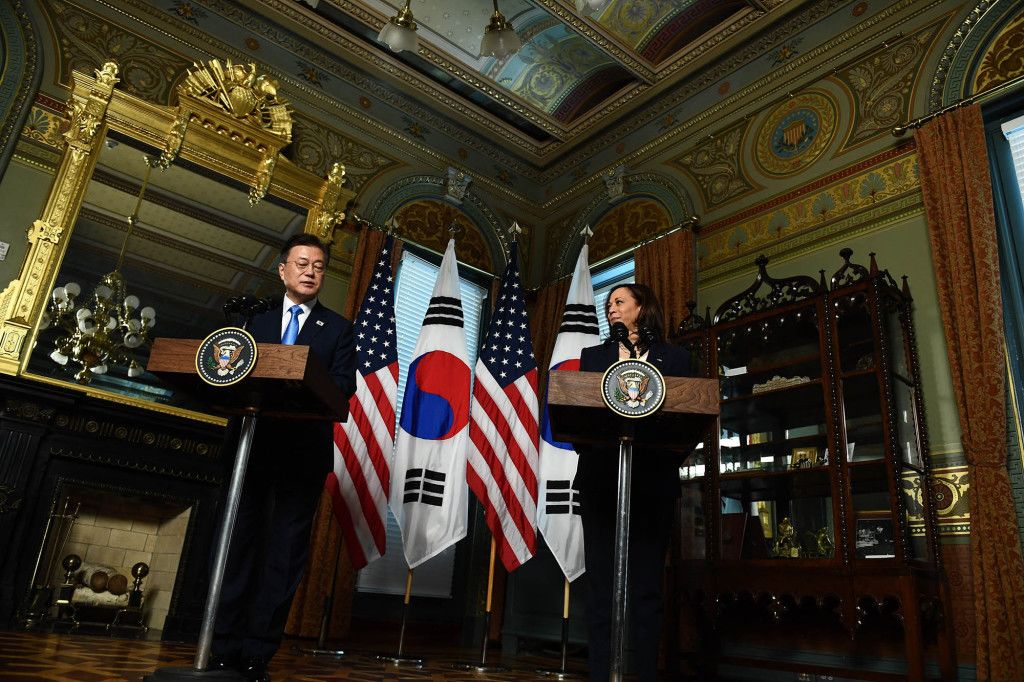 But Harris had her defenders, too.

“That’s not even close to the gesture people perform when wiping their hands on their clothing. That’s just a normal woman’s self conscious smoothing of her outfit,” posted Missy Su.

“Maybe his hand was sweaty?” said Karen Shell. “As someone who has hyperhidrosis I’ve gotten used to people wiping their hands. I don’t blame them and don’t find it offensive, only embarrassing.”​