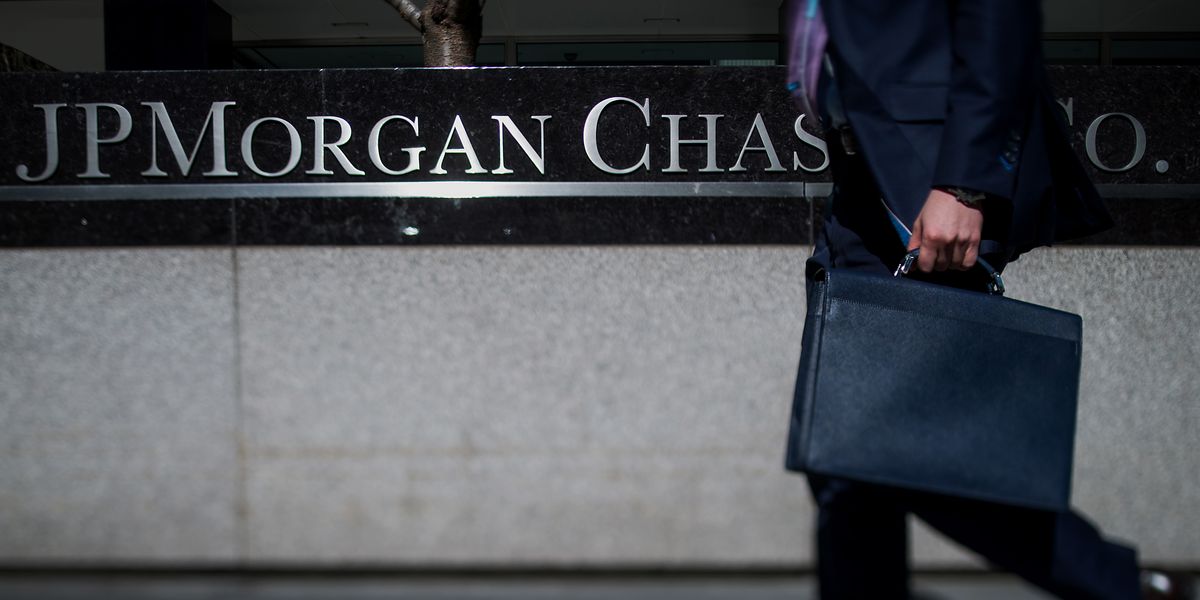 JPMorgan Chase & Co. admitted wrongdoing and agreed to pay more than $920 million to resolve U.S. authorities’ claims of market manipulation involving two of the bank’s trading desks, the largest sanction ever tied to the illegal practice known as spoofing.
Over eight years, 15 traders at the biggest U.S. bank caused losses of more than $300 million to other participants in precious metals and Treasury markets, according to court filings on Tuesday. JPMorgan admitted responsibility for the traders’ actions.

The Justice Department filed two counts of wire fraud against the bank’s parent company but agreed to defer prosecution related to the charges, under a three-year deal that requires the bank to report its remediation and compliance efforts to the government.

The settlement included fresh details about spoofing on the bank’s Treasuries desk, which was occurring at the same time as previously alleged market manipulation on the bank’s precious metals desk.

Five traders on the Treasuries desk manipulated prices of U.S. Treasury contracts, as well as trading in notes and bonds in the secondary market, over eight years, according to the settlement, causing $106 million in losses to other parties in the market. None of those traders have been charged publicly.

Members of that group openly discussed their illegal strategies via chats, with one trader writing on six occasions that he was “spoofing” the market, according to the government’s statement of facts.

Another Treasuries trader, in a November 2012 chat, described his success in moving the market by tricking high-frequency traders: “a little razzle dazzle to juke the algos...”

The accord also ends the criminal investigation of the bank that led to a half dozen employees being charged for allegedly rigging the price of gold and silver futures from 2008 to 2016.

Two have entered guilty pleas, and three traders and a former JPMorgan salesman are awaiting trial. In all, according to the settlement deal, 10 JPMorgan traders caused losses of $206 million to other parties in the market.

The New York-based lender will pay the biggest monetary penalty ever imposed by the Commodity Futures Trading Commission, including a $436.4 million fine, $311.7 million in restitution and more than $172 million in disgorgement, according to a CFTC statement.

The CFTC said its order will recognize and offset restitution and disgorgement payments made to the Department of Justice and Securities and Exchange Commission. The Justice Department resolution requires that more than $300 million of the penalty be set aside to cover potential victims who could apply for relief through the government.

“For nearly a decade, a significant number of JPMorgan traders and sales personnel openly disregarded U.S. laws that serve to protect against illegal activity in the marketplace,” said Assistant Director in Charge William F. Sweeney Jr. of the FBI’s New York Field Office.

JPMorgan, in a statement, said it doesn’t expect any disruption of service to clients as a result of the resolutions.

“The conduct of the individuals referenced in today’s resolutions is unacceptable and they are no longer with the firm,” said Daniel Pinto, a co-president of JPMorgan. “We appreciate that the considerable resources we’ve dedicated to internal controls was recognized by the DOJ, including enhancements to compliance policies, surveillance systems and training programs.”

Under the settlement, the bank is required to cooperate with the government’s ongoing investigations and prosecutions. That includes making current and former employees available for interviews or testimony.

JPMorgan put at least four members of the Treasuries operation on leave starting earlier this year. The departures were related to the investigation, according to a person familiar with the matter.

The settlement didn’t identify the five Treasuries traders, and it’s unclear whether the government will pursue any legal action against any of the traders referenced in the settlement.

In a couple of the trades, prosecutors alleged in the indictment against the individuals that a JPMorgan trader was spoofing the market for gold and silver futures as he made trades for two hedge funds.

The government referred to the funds as “key clients” that provided “important sources of revenue and market intelligence” for the precious metals desk. It didn’t name the funds, accuse them of any wrongdoing or indicate they were aware of any allegedly improper trading, which occurred in December 2011 and January 2012.

According to people familiar with the matter, those funds were Moore Capital Management and Tudor Investment Corp. They declined to comment through spokesmen.

The JPMorgan penalty far exceeds previous spoofing-related fines levied against banks, and is the toughest sanction imposed in the Justice Department’s years-long crackdown on spoofing.

Spoofing typically involves flooding derivatives markets with orders that traders don’t intend to execute to trick others into moving prices in a desired direction.

The practice has become a focus for prosecutors and regulators in recent years after lawmakers specifically prohibited it in 2010. While submitting and canceling orders isn’t illegal, it is unlawful as part of a strategy intended to dupe other traders.

More than two dozen individuals and firms have been sanctioned by the Justice Department or the CFTC, including day traders operating out of their bedrooms, sophisticated high-frequency trading shops and big banks such as Bank of America Corp. and Deutsche Bank AG.

The Justice Department took a much more aggressive tack on the JPMorgan matter, alleging several individuals from its trading desk had engaged in a racketeering conspiracy to manipulate precious metals futures prices.

While other suspected market cheats have been charged with specific spoofing and manipulation offenses, the Justice Department accused JPMorgan metals traders under the 1970 Racketeer Influenced and Corrupt Organizations Act -- a criminal law more commonly applied to Mafia cases than global bank probes.

While the individuals remain charged under the RICO law, Tuesday’s resolution didn’t accuse the bank of racketeering conspiracy.

The highest-level individual charged is Michael Nowak, a veteran gold trader who was indicted under seal in August 2019 along with two others. A former JPMorgan salesman who worked with hedge fund clients was later added to the case.

JPMorgan has faced charges before. In 2015, the bank pleaded guilty to felony antitrust charges along with several other global banks that paid penalties and admitted to conspiring to rig the price of U.S. dollars and euros.

The bank agreed to pay $550 million, but it and other global lenders in the accord felt little lasting hit from markets or customers, undercutting investor fears that a guilty plea would devastate their business. The Justice Department said it took the previous plea into account in determining penalties.

Ph ya 153 days ago
Yrs a fine that comes out of share holders profits. What a joke the just-us government dept is. How about some jail time for the traders and their boss
View all comments (1)Add comment