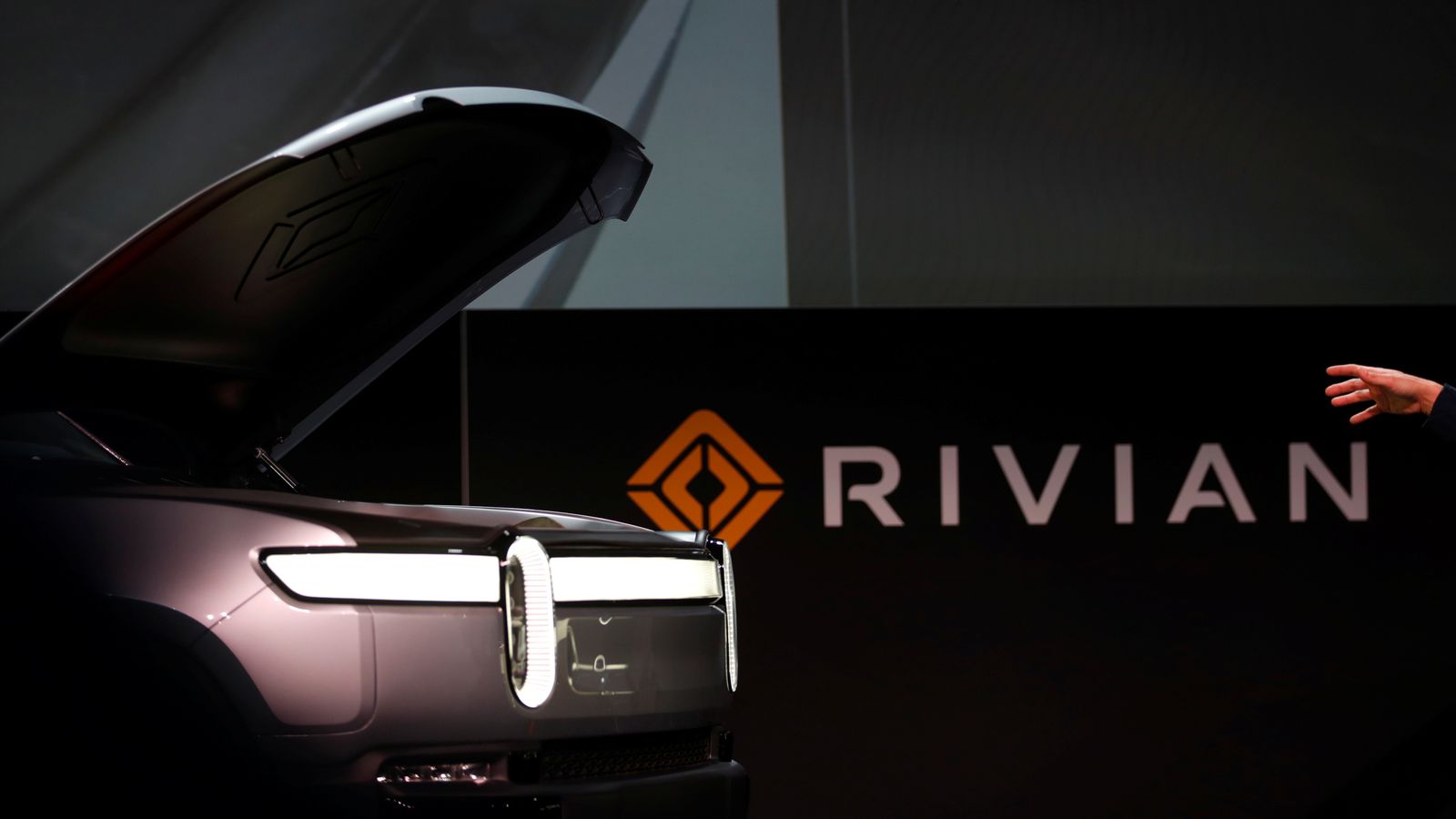 The PM has told Rivian boss RJ Scaringe that the government would use a special development order to facilitate the rapid construction of a new manufacturing plant at a site near Bristol.

Boris Johnson has pledged to use special legal powers to persuade an electric vehicle (EV) manufacturer backed by Amazon to establish a European base in Britain.

Sky News has learnt that the prime minister has written to RJ Scaringe, founder and chief executive of Rivian, to offer his backing for the proposed location of a new manufacturing plant at a site near Bristol.

In the letter, details of which have been shared with Sky News, Mr Johnson said that government officials had been instructed to devise a "bespoke incentives package" to encourage Rivian to give the green light to the UK project.

The PM added that the government would use a special development order (SDO), a rarely used legal power aimed at enabling rapid planning decisions, to facilitate Rivian's use of the site, called Gravity. 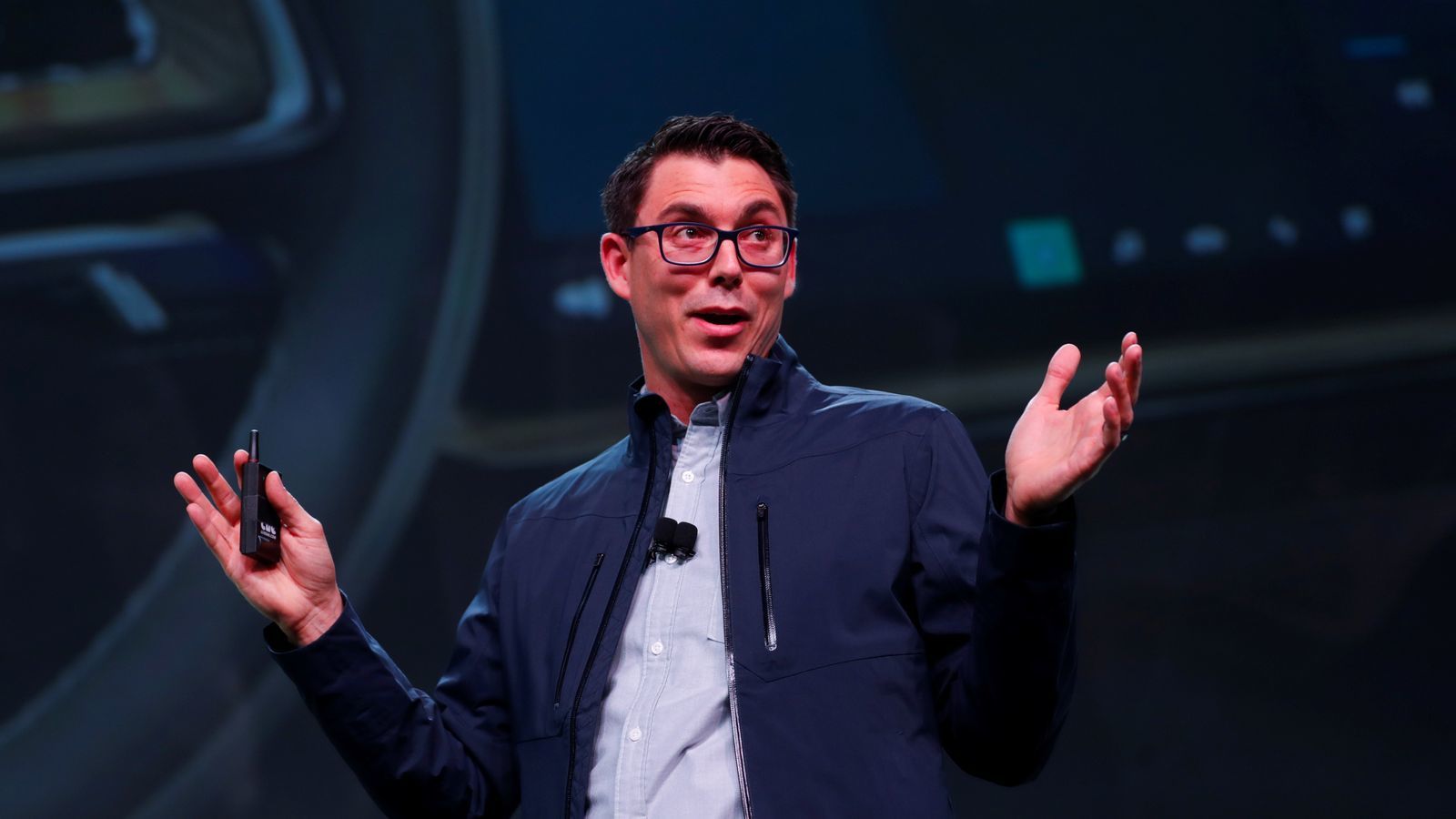 R.J. Scaringe is the company's founder

He said his readiness to use an SDO "reflects the importance of your project to the UK", according to an account of his letter.
Advertisement

Further details of the government incentives package that would be made available to Rivian were unclear on Friday but could include grants or tax allowances, according to one insider.

Government aid to the UK automotive industry has proved to be contentious in the past, most notably in relation to the Japanese car maker Nissan, but have been a key tool for ministers in securing substantial manufacturing commitments from multinationals such as Ford in recent months.

A delegation led by Lord Grimstone, the minister for investment, is expected to hold further talks with senior Rivian executives before Christmas, insiders said.

Sky News revealed in September that Mr Johnson had urged Jeff Bezos, the Amazon chairman, to help clinch a deal for Rivian to build a new plant in the west of England.

He raised the issue during a meeting with Mr Bezos in New York, soon after executives from the EV manufacturer visited the UK.

"I want to utilise our world-leading green economy, and build on our extensive automotive heritage to partner with Rivian as one of the most exciting disruptors in the sector alongside some of the world's most iconic car brands already based here," Mr Johnson's recent letter said, according to a person who had seen it.

"The UK's innovation scene is thriving due to the steps my government has taken to invest in the electrification of the automotive sector underpinned by my personal commitment to the industry.

"My net zero strategy set out over £2.8bn of funding commitments to support the transition to EVs focusing on R&D, manufacturing, battery supply chains, infrastructure and demand stimulation.

"This institutional support alongside our zero emission vehicle mandate - much like that of California's - provide the perfect base from which Rivian can excel and establish itself in the European market."

Rivian listed in New York last month, with its value surging to make the EV manufacturer more valuable than both Ford and General Motors, the two biggest icons of the US automotive industry.

Its stock has since fallen back, although it remains well above the initial public offering price.

If it does press ahead with a manufacturing project in Britain in the face of competition from several EU countries, it would provide fresh evidence against forecasts that the country's automotive sector was headed for terminal decline after Brexit.

Honda's decision to close its plant in Swindon, announced in 2019, was seen as a major blow to the industry, with Nissan warning that its future investment would be jeopardised if Britain left the trading bloc.

Recent developments involving both the Japanese carmaker and Stellantis have revived hopes of a brighter future for automotive manufacturing in the UK.

The government's decision to ban the sale of new petrol and diesel cars by 2030 and hybrid vehicles by 2035 has accelerated the need for a huge shift in manufacturing capability.

There remain significant concerns, though, that the provision of EV charging infrastructure will fail to keep pace with demand.

Sky News revealed during the summer that Rivian had identified Gravity, a 616-acre campus near Bristol, as a potential site for a new manufacturing plant.

The company's biggest customer to date is Amazon, which has placed an order for 100,000 EV trucks, production of which is scheduled to start this year.

In his letter to Mr Scaringe, the PM added that he was confident of support from British companies including BT Group, British Gas-owner Centrica and Royal Mail Group, which are among the largest operators of van fleets in Britain.

They, and other companies, have pledged to buy at least 100,000 British-made electric vans by the end of the decade.

Downing Street and Rivian have both been contacted for comment.