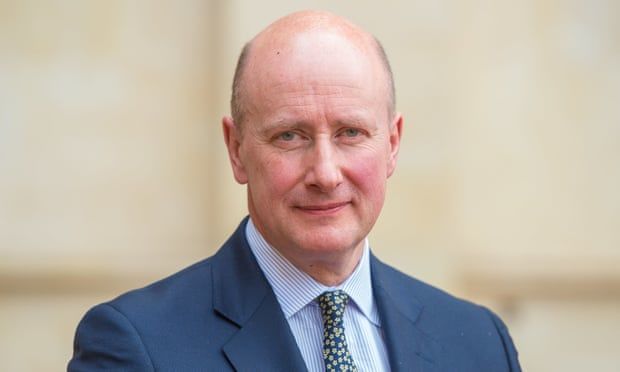 PM writes to Lord Geidt after adviser says it is ‘legitimate question’ whether Partygate fixed-penalty notice constitutes breach
Boris Johnson has written to his own ethics chief, clearing himself of breaching the ministerial code over Partygate, after the adviser said there was a “legitimate question” about whether he had done so.

No 10 published a letter from the prime minister to Christopher Geidt, his independent adviser on ministers’ interests, in which Johnson said that “taking account of all the circumstances, I did not breach the code”.

His letter appeared to have been prompted by Lord Geidt’s annual report, also published on Tuesday, in which the adviser said there was a “legitimate question” about whether receiving a fixed-penalty notice for breaking coronavirus rules constituted a breach of the code.

The prime minister offered a qualified apology to MPs last week after the final report by the senior civil servant Sue Gray revealed the boozy culture of late-night parties that took hold in Downing Street during the pandemic.

Johnson has continued to insist he only attended events in order to say goodbye to departing staff – which he considered to be part of his role as a leader – and that such gatherings only got out of hand after he left them.

Geidt, who is meant to advise Johnson over whether ministers have breached the code, dodged the question of whether the prime minister himself had done so – apparently for fear of having to resign if Johnson ignored him.

Geidt said instead he had repeatedly urged Johnson’s advisers that the prime minister “should be ready to offer public comment on his obligations under the ministerial code, even if he has judged himself not to be in breach”. He complained that that advice “has not been heeded”.

The guidelines set out in the ministerial code include that “ministers who knowingly mislead parliament will be expected to offer their resignation”.

In his letter to Geidt, Johnson said he had corrected the parliamentary record and had “followed the principles of leadership and accountability in doing so”.

While Geidt is independent, the prime minister is the ultimate arbiter of the ministerial code, which sets out the principles that public servants should follow, including selflessness and integrity.

Johnson ended his letter to Geidt by claiming he believed that these principles should remain “the bedrock of standards in our country and in this administration”.

The prime minister was criticised last week for declining to give Geidt the power to launch his own investigations.

Geidt said the proposals made by Johnson to beef up the system were “at a low level of ambition”, though he supported Johnson’s move to reduce the penalties for minor breaches of the code so that ministers could have their salary docked instead of resigning.
#Boris Johnson  #Coronavirus  #Priti Patel  #Johnson
Add Comment