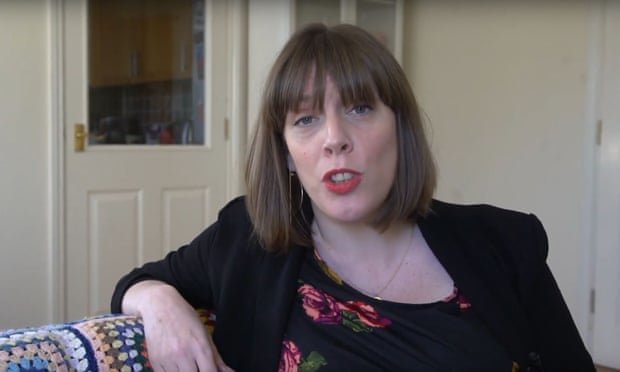 MP made schoolgirl error of seeking to get Labour elected rather than preserving its ideological purity
Jess Phillips’s USP has always been her bluntness. The Labour MP might not always be that strong on policy but you can generally rely on her to tell the truth. To say what she really thinks. So when she crashed and burned at the first Labour leadership hustings in Liverpool last weekend, Phillips was the first to admit it. She had tried too hard to broaden her appeal to all party members, she said, and had ended up presenting herself as the anodyne career politician who didn’t really believe in anything. She promised to do better next time.

Only there will be no next time. Shortly after 3pm, Phillips ended the rumours that had been circulating since the morning by posting a YouTube video in which she announced she would be withdrawing from the leadership contest.

“The Labour party will need to select a candidate who can unite all parts of our movement, the union movement, members and elected representatives,” she said solemnly, staring directly into the camera from what looked like her living room. “At this time that person is not me.”

There is honesty and there is total honesty, of course. And now was not the time for the latter. So what we got was a more sanitised truth. The rest could just be inferred. Jess had only just realised she had made a hideous schoolgirl error.

She had imagined she was actually auditioning for the job of a party leader who could take on Boris Johnson at the dispatch box and maybe give Labour a fighting chance at the next election in 2024. That she might just have been able to do as well, if not better, than many of the other four candidates. Boris’s fake “man of the people” authenticity might come unstuck when challenged by her authentic authenticity.

Only now had she woken up to the fact it wasn’t the country she was trying to convince, but the much smaller cohort of Labour members. And most of them would never forgive her for calling out Jeremy Corbyn to his face rather than doing the decent thing and stabbing him in the back like all the others.

She was too centrist. Too obsessed with trying to get Labour back into power rather than preserving its ideological purity. The very idea that Labour might have to change! Didn’t she know it was the voters who needed to change? How could she have been so stupid as to fail to understand that the best way to help the poorest members of society was to remain in permanent opposition?

Enough was enough. It was clear she had no chance of making the required threshold of unions and constituency Labour parties to make the final ballot, so why bother to traipse round the country in the cold weather to endless pointless hustings? Far better to just put her feet up at home and catch up with some decent telly.

When push came to shove she just wasn’t that masochistic enough to continue. Because either way she was going to get a kicking and lose heavily. If she was as honest as she wanted to be, then she’d get it in the neck for being a Blairite. And if she faked it, then she’d hate herself.

So let someone else have a go. She just couldn’t be arsed to dig out an old copy of Socialist Worker and parade her Trot credentials to win Momentum votes. Nor could she live with the idea of being expected to nod along compliantly when members suggested Corbyn had actually won the argument.

Better to just quit while she was ahead. Or at least not even further behind. For now, she would also keep quiet about who she might endorse instead. No point in delivering the kiss of death to anyone. Besides, it was clear enough that most of her supporters would peel off to Keir Starmer and she could certainly live with that. Even Lisa Nandy wouldn’t be a calamity. Anyone but Rebecca Long-Bailey. Emily Thornberry had no chance of course and Jess couldn’t quite see why she hadn’t also dropped out. Pride? Maybe she should have a word.

Once Phillips had got the news over and done with, she visibly lightened up for the remainder of the two-and-a-half-minute video. She smiled a lot and once nearly broke out into a laugh. Well, if you couldn’t laugh about the current state of Labour you’d have to cry. She promised to stay around and fight for the party’s future but she didn’t sound entirely convinced it had one. Or if there was a politician capable of uniting Labour.

Still, she had to believe, otherwise she might as well pack it all in. And at least no one could say she hadn’t done her bit. She had tried speaking truth to out-of-power, but if out-of-power wasn’t in the mood to listen there was nothing she could do to make it. Maybe another time.
Add Comment