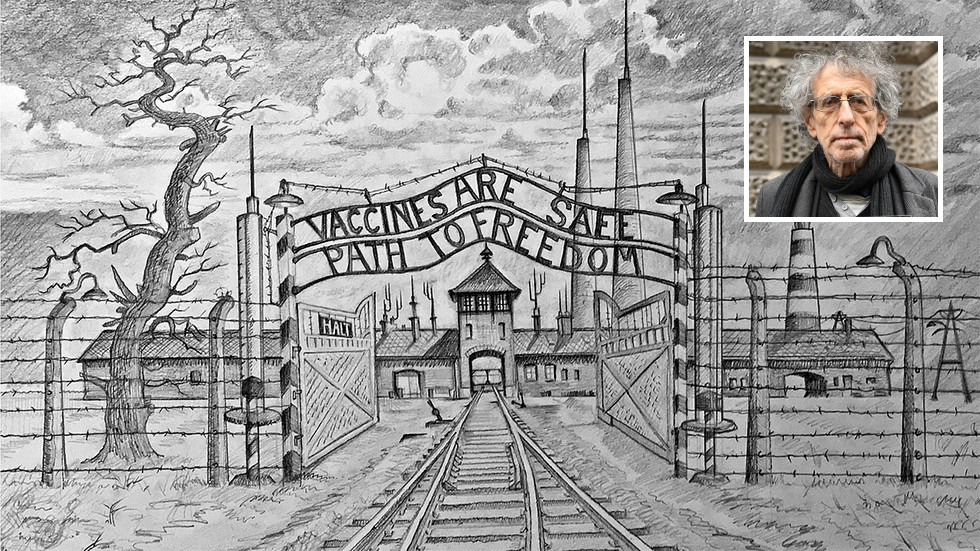 Piers Corbyn, the elder brother of ex-Labour leader Jeremy Corbyn, has been arrested in London for distributing leaflets comparing the UK's Covid-19 vaccine rollout with the Holocaust, police said on Thursday.
The 73-year-old, who has already been arrested twice in 2021 for attending anti-lockdown protests, is alleged to have helped produce the leaflets that feature an image of the gates of Auschwitz concentration camp.

The veteran protester was held in the Southwark area in the south of the capital on Wednesday “on suspicion of malicious communications and public nuisance,” the Metropolitan Police said in a statement on Thursday.

“Officers investigating reports of malicious material in the form of a leaflet being circulated in south London in late January have made two arrests,” a Met Police spokesperson said.

They also confirmed that a 37-year-old man had been arrested over the incident on Wednesday in Bow, East London, on suspicion of a public order offence.

Police said both men were taken to a South London police station and have since been bailed to return on a date in early March.

The leaflet, which was reportedly posted through letterboxes in the London boroughs of Barnet and Southwark, contained material that “appeared to compare the Covid-19 vaccination programme with the Holocaust,” police said.

Corbyn's leaflet showed a mocked-up version of Auschwitz, where the slogan of “Arbeit macht frei” (Work sets you free) on its gates was altered to read: “Vaccines are safe path to freedom.”

The image can still be viewed on Corbyn's “Stop New Normal” website, where he is credited with the idea for the illustration, while Alexander Heaton is listed as the artist.

Heaton, who was charged with breaking England's lockdown restrictions in May by attending a protest with Corbyn, is reported to be the 37-year-old man arrested.

Auschwitz was the Nazi death camp used to kill more than 1.1 million people, the majority of whom were Jews.

Corbyn, who is against the government's Covid-19 restrictions, was arrested twice in two days in early January after breaching England's lockdown rules.

He was also arrested and charged over other protest activity last year and was handed a maximum £10,000 fine for his lockdown breaches.
#COVID-19  #vaccine  #Covid  #Vaccines
Add Comment