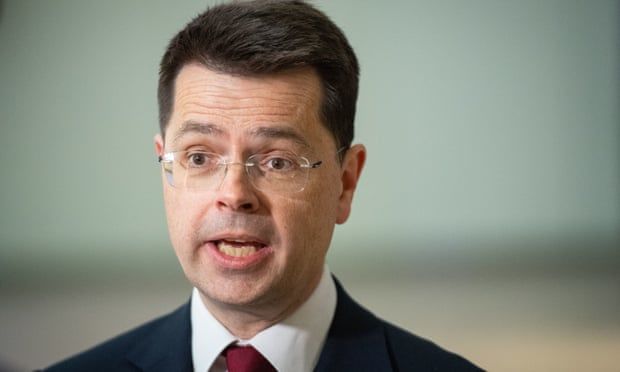 The former cabinet minister, who announced in January that his cancer had returned, said he had been hoping to return to full duties after taking leave.

“My recovery from treatment and return to full duties is, however, taking longer than anticipated,” he said.

“Given my responsibilities to the public, the government and to parliament, I have therefore concluded that it is best that I stand down from my ministerial role and focus on restoring my health.”

In his reply, Johnson offered his full support and said he hoped he would return to the frontbench, wishing him a “speedy return to full health”.

“I understand entirely your need to step down from your role but look forward to welcoming you back as soon as possible,” the prime minister wrote.

The former Northern Ireland secretary said in June he had completed his cycles of chemotherapy, calling it “tough going but recovering steadily” and saying he had the support of his wife, Cathy, and his children.

Brokenshire, the MP for Old Bexley & Sidcup, said in his letter to Johnson that he “hoped to be able to serve again in some way in the future”. No announcement has yet been made about his successor.

The MP has previously spoken in the House of Commons about seeking early treatment for the condition.

“Given my age, fitness and that I was a non-smoker, I didn’t fit the mould of a person at high risk of lung cancer, so when I cleared my throat and saw a small blob of blood in my tissue, it’s fair to say such a diagnosis wasn’t at the forefront of my mind. I did however feel that something was wrong and went to my GP straight away,” he said.
#Boris Johnson
Add Comment