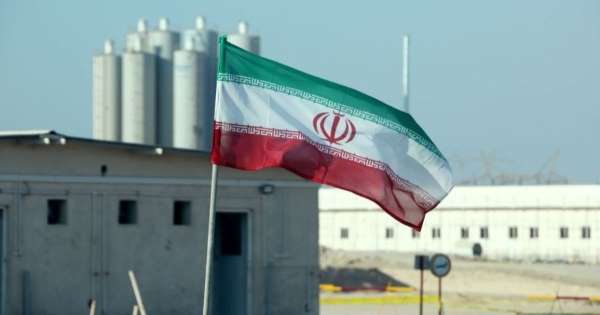 A top Iranian security official is accusing Israel of using "electronic devices" to remotely assassinate a top nuclear scientist near Tehran.
Ali Shamkhani reportedly made the comments while at the funeral of Mohsen Fakhrizadeh, who died last week after being shot.

"Unfortunately, the operation was a very complicated operation and was carried out by using electronic devices," Shamkhani said to state TV, The Associated Press reported. "No individual was present at the site."

Iranian officials have claimed there is strong evidence implicating Israel for the attack.

"Terrorists murdered an eminent Iranian scientist today. This cowardice - with serious indications of Israeli role - shows desperate warmongering of perpetrators," wrote Iran's Foreign Minister Mohammad Javad Zarif after the killing. He also claimed there were "serious indications" of Israel's role in the attack, though he did not provide further details.

In its report on Monday, the AP notes that Israel has been suspected of killing Iranian nuclear scientists for the past decade. Israel has declined to comment on the incident.

Iran's Arabic-language state TV, Al-Alam, claimed that Fakhrizadeh, who US intelligence believes had been leading Tehran's nuclear program for two decades, was killed with satellite-controlled weapons.

It was initially reported that the truck the scientist was in exploded and then he and his bodyguard were shot at by gunmen.

The developments come ahead of the inauguration of President-elect Joe Biden, who has said he would like to reenter the Iran nuclear deal. This latest incident is likely to complicate such endeavors, according to military officials.
#Joe Biden
Add Comment