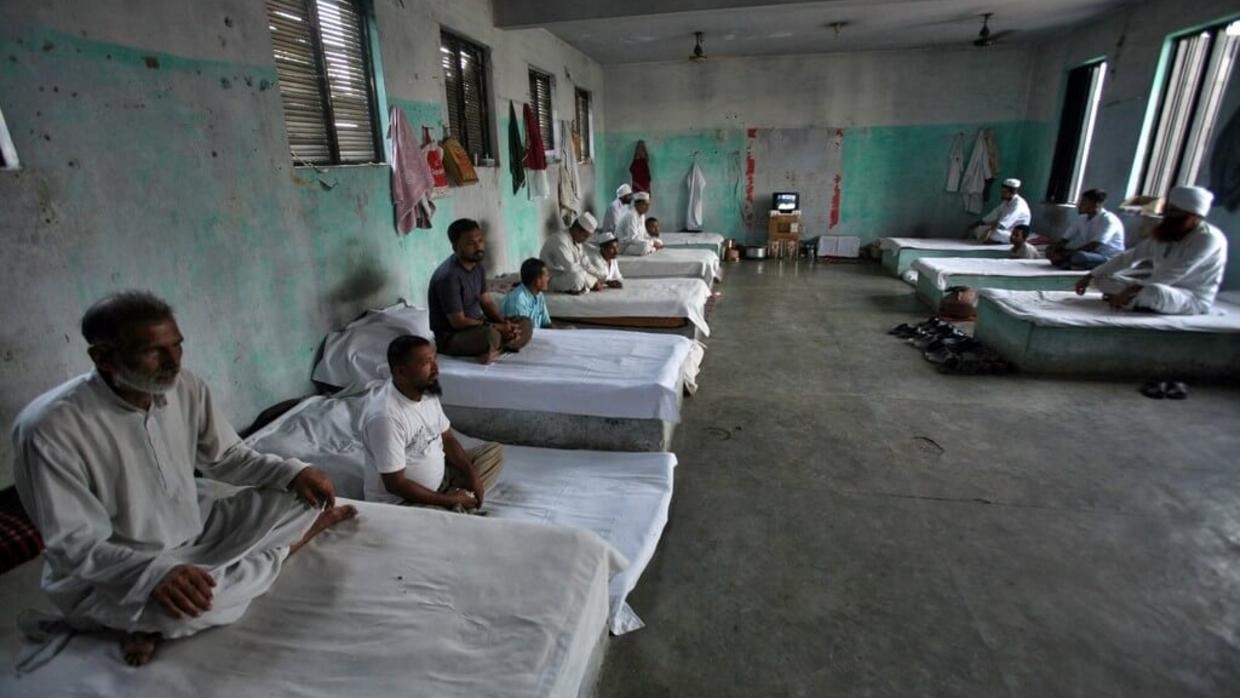 Many Indian prisoners have been freed from overcrowded jails in the middle of India’s grinding lockdown to stop the spread of the coronavirus.

After 180 prisoners tested positive for Covid-19 across Mumbai’s Arthur Road Jail earlier this week, the Maharashtra state’s Prisons Department has decided to increase the number of prisoners granted temporarily parole from 11,000 to 17,000.

Before the lockdown, the state’s jails were 50 percent over their maximum capacity. This is much higher than the national average occupancy in central prisons, which on an average house 13 prisoners against a capacity of 10.

“Of those released, around 5,000 are 'undertrials'," said home minister Anil Deshmukh in a video on Twitter, referring to inmates involved in cases under local magistrates and prisoners with sentences under one month.

Authorities were forced to lock down Nagpur central jail in Maharashtra, among the states worst-hit by the pandemic. It was the eighth prison in Maharashtra to be locked down.

The move came after 19 inmates in Indore Central Jail in central Madhya Pradesh state tested positive for the virus on Tuesday. Around 250 others who came in contact with them were shifted to a temporary jail.

Many are being set free on temporary bail and emergency parole.

Preceding the virus outbreak, the country’s Supreme Court had directed decongesting of inmates from overcrowded prisons

According to the last count published by the National Crimes Record Bureau in 2018, the country has about 450,000 prisoners against a mandated capacity of 396,000 inmates in its over 1339 central, district and sub jails.

Data collated by the Commonwealth Human Rights Initiative (CHRI), an international NGO, shows that most states have made similar exceptions against the release of inmates charged with offences including murder, rape, terror, drug trafficking, child sexual abuse.

Jails are now releasing 14 categories of prisoners, including women and those with severe illnesses.

“A combination of a low health care budget, shortage of doctors and horrible hygiene facilities has created ideal conditions for the coronavirus to spread in Indian prisons. There is an urgent need to decongest them,” said Madhurima Dhanuka of CHRI.

Some states like Haryana and Odisha have ordered the release of prisoners above 65 years on a temporary basis, with exceptions.

Inside the prisons, anxiety and isolation is rising among inmates. Many have rioted, demanding to be released. In March, prisoners in the eastern city of Kolkata attacked jail officials with bricks, ransacked furniture and set fire in some places, alleging they were not being produced in court for a trial, nor were they allowed to meet their family members.

“These prisoners will be under constant watch of jail authorities and will be tracked on a daily basis by special committees to ensure that they do not escape,” a top home ministry official told RFI.

According to various estimates, nearly 35,000 prisoners will be released during this period.

After an inmate in Delhi, convicted for robbery, tested positive on Thursday there has been a heightened alert in the rest of the jails including the capital’s high-security Tihar jail.

“Nineteen prisoners, some jails officials and a few doctors who had interacted with him have also been tested. The result is awaited,” said additional inspector general, Raj Kumar of Tihar prisons.
Add Comment