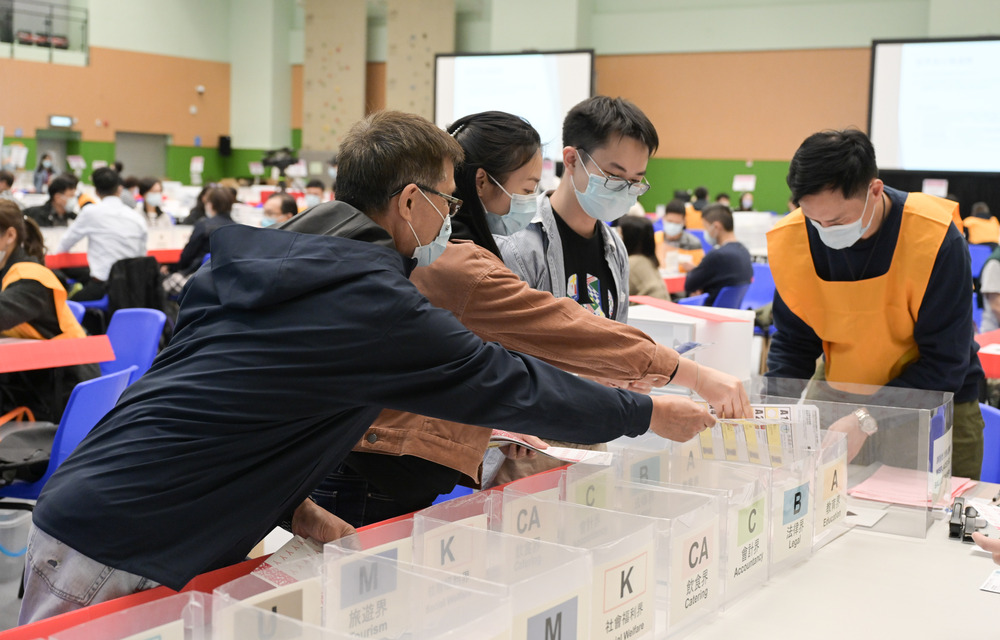 Independent Commission Against Corruption arrested three more people for inciting others to cast blank votes at the Legislative Council election, as overseas activists step up calls for a boycott.
Two men and one woman, aged between 22 to 57, were arrested on Thursday for allegedly breaching the Elections (Corrupt and Illegal Conduct) Ordinance, after they reposted an online post that incited people to cast blank votes in the December 19 election.

During the operation, the ICAC -- responsible for enforcing electoral laws -- has seized a number of mobile phones. All of the arrested have been released on ICAC bail.

More arrests might be made, it added, while also reminding citizens to abide by the law, as violations is liable on conviction to a maximum penalty of a three-year imprisonment and a fine of HK$200,000.

ICAC has earlier arrested two men and a woman, aged 29 to 65, on November 9 for the same charges. Later that month, it also issued arrest warrants for two dissidents – Ted Hui Chi-fung and Yau Man-chun, both 39 – for inciting people not to vote or to cast blank votes at the Legco election.

ICAC said the incitement law applies "whether the conduct is engaged in within Hong Kong or elsewhere".

Apart from Hui and Yau, three other prominent activists who left Hong Kong have recently advocated for a boycott.

"Hong Kongers should not endorse the autocratic regime and help the regime to pursue a pseudo-democratic veil," Sunny Cheung Kwan-yang, a 25-year-old activist currently seeking asylum in the United States, told AFP.

"This is a deal with the devil," he added. "Under the reform and its stringent political screening, no authentic democrats can be elected without kowtowing to Beijing."

Alex Chow Yong-kan, a former student leader who served jail time for the Umbrella Movement rallies in 2014, said it was a "no-brainer" to stay home.

"Hong Kong voters should boycott the election because it is a way to protest against the government," said Chow, who is also now in the United States.

Former student leader Nathan Law Kwun-chung, who is now in the United Kingdom, told Britain's Sunday Times earlier this month that "This is a selection not an election.”
Add Comment