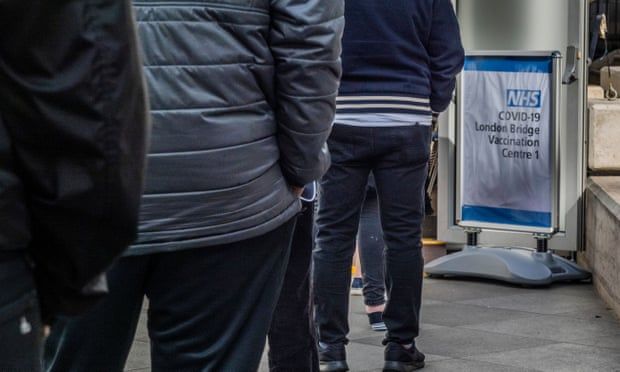 ‘I’ve missed going to gigs’: UK under-30s on why they got double-jabbed

A hesitant uptake of second Covid vaccine doses among people under 30 in parts of the UK has given the government concern for months.

As of 18 September, data shows that the proportion of fully vaccinated under-30s is 54.6% in England and 55.3% in Scotland (the government dashboard doesn’t provide detailed age breakdowns for Wales and Northern Ireland) based on ONS population figures as opposed to counts by GP records, which are a more volatile denominator.

While it can be expected for this age group to lag behind older generations – the vaccination programme was only opened to non-vulnerable 16- and 17-year-olds in England on 19 August – there is good reason for the government to worry about uptake in younger age groups.

ONS surveys have consistently shown that the younger age groups are most likely to express vaccine hesitancy. While 4% of the general population as a whole express doubts, it is stronger among young people: 2% in over-50s compared with 8% among those aged between 16 and 30.

Four young people under 30, who have decided to be fully vaccinated, speak about what convinced them to have their second dose – and why they feel there may have been a slow uptake among the age group.

‘I don’t feel as though I have a choice’ 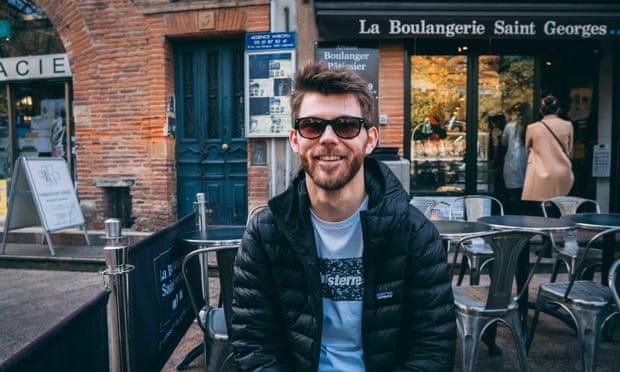 Sam Webb, 28, a software architect from Bude, Cornwall, is due to have his second shot of the vaccine on Tuesday. .

“The only reason I’m getting it is because I was constantly being called by my local GP,” he said.

“I’d love not to be vaccinated as I’m not confident about having such a new vaccine, but there’s so much preferential treatment for those that are vaccinated.”

Webb travels into central London for work and is generally not against vaccines, but some side effects he experienced after his first Pfizer jab have made the second dose less attractive.

“I’m nervous. After my first dose, I had a tight chest and felt like I couldn’t take a deep breath in for a week. My brother-in-law, who is 25, said he’d had the same. I’m worried that the symptoms will be worse for my second jab, but I don’t feel as though I have a choice.”

Webb said he knew a number of people his age in his area who weren’t keen to get the vaccine for similar reasons.

“People down here [in Cornwall] just generally take the line that we prefer keeping to ourselves rather than getting the vaccine, since things are more spread out here anyway. I see the science, but I don’t believe it should be a political matter. I might be protecting someone else with the second vaccine, but I’d like a bit of benefit to myself, and I’m not at all worried about getting ill from Covid.”

Rebecca, 24, a charity project worker in Leeds who had her second Pfizer jab last week, said she was also apprehensive before having it.

Rebecca said she experienced similar changes after her first vaccine. “I had a 17-day-long period, which I probably should have gone to the doctor about – but I suspected it was a reaction to the vaccine. I see a lot of women on social media saying they’ve had similar side effects, especially after the first vaccine. This might be a reason some young people aren’t getting it.”

Rebecca admitted that she was also influenced by what she saw on social media. . “People on TikTok were talking about the side effects they’d had. I also have a job where part of my role is to monitor far-right extremists on social media, and you do see a lot of crossover between the far right and vaccine and Covid conspiracy theories. I monitor that from an outside perspective, but the more you see these theories about Covid, it can make you think twice,” she said.

“In the end my vaccine was OK. I had a good experience. I had some fatigue for a day or two, which wasn’t so bad. I am glad I got it in the end.” 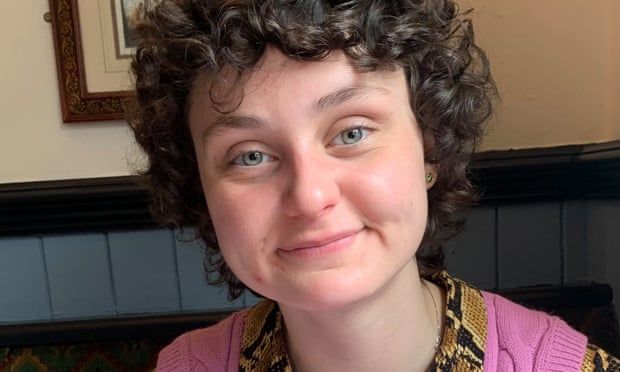 Kate, a 21-year-old student at the University of Manchester, said access to night clubs, after the government announced that two vaccines would be needed for entry after the end of September, and the prospect of easier travel were factors that had propelled her to have her second shot.

“I’ve really missed travelling and going to gigs, so the promise of being able to continue doing those things once I’m double-vaccinated is definitely reason enough to get my second dose.”

“I had a bad reaction to the first dose, but I will still definitely get the vaccine, as I know it’s the best way to protect myself and my family.”

She still regards the vaccine as “the lesser of two evils”, and worries vaccine side effects will affect her university coursework. But in her circles, she said, everyone expected everyone else to get the jab.

“Only one of my mates said at some point she wasn’t going to get it, because she was concerned about blood clots after the AstraZeneca vaccine. But then [the government] said this wouldn’t be given to young people and she got the Moderna instead, and I think that encouraged a lot of young women in particular.”

Misinformation was a problem influencing younger people, she said, but the biggest issue affecting vaccine uptake among young people was a sense of invincibility: “Lots of people my age had coronavirus and it wasn’t that bad, so they think: ‘I won’t need the vaccine, I’ll be fine.’”

‘Most of my friends are getting their second jab around now’ 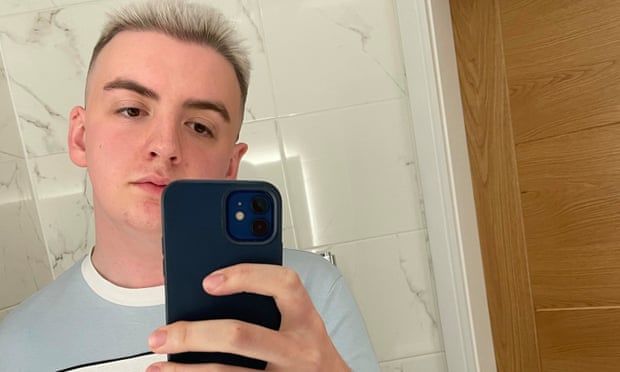 Having the second vaccine was a relief for Calum Mackinnon, 19, a student from Glasgow, who was working in a shoe shop during the summer holidays. “ I was in close physical contact with parents and their children doing shoe fittings for nine or 10 hours a day. So it was good to know I had protected myself personally as well as my vulnerable relatives,” he said.

“Most of my friends got their first vaccine in the first half of June and most are getting the second around now. In general any delays to vaccines I’ve heard about have just been down to scheduling their appointments around work.”

Mackinnon is aware of how influential social platforms such as TikTok can be on young people but thinks the Scottish government’s ad campaign to encourage young people to get vaccinated has been effective.

“You can’t really go five minutes listening to the radio or something without hearing government adverts to get vaccines,” he said. “It’s also on social media and sometimes on billboards in Glasgow, so it’s always about.” A lot of the adverts for my age group try to be trendy, which is quite typical I suppose, but they do get the message across at the end of the day.

“TikTok is probably the most effective way to reach young people, it takes up your full screen and grabs your attention. I think the Scottish ones [ads] are quite quick and snappy ”