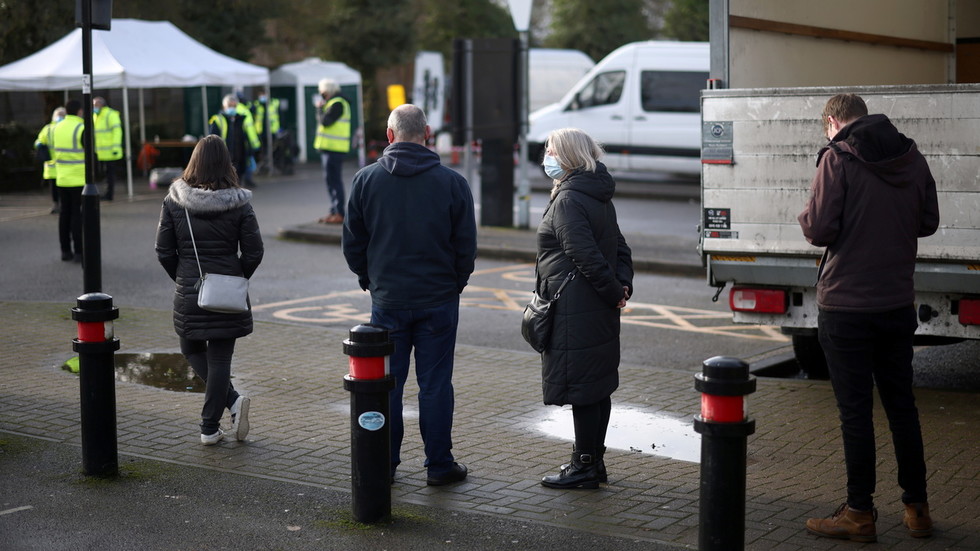 British Health Secretary Matt Hancock has announced that the search for an unidentified person infected with the Brazilian variant of the Covid-19 virus has been slimmed down to 379 households in one part of England.
Six infections of this specific strain were discovered recently by health officials, with three in England and three in Scotland, according to Public Health England.

All of those infected in Scotland were identified and asked to self-isolate. However, only two of the cases in England were identified as members of one household in South Gloucestershire, forcing officials to rush to locate the mystery sixth person who failed to fully fill out a contact form alongside their test.

Initially, the government asked regional test sites to check for the individual’s contact details, but no such information was found. This has led officials to believe that the infected case might have taken a home or test kit from a local authority, and are appealing to anyone who took a test on either February 12 or 13 to contact the NHS.

“Our search has narrowed from the whole country down to 379 households in the southeast of England and we’re contacting each one,” Hancock said in a statement to the UK Parliament.

The health secretary’s comments on the search came a day after UK Prime Minister Boris Johnson expressed concern about the discovery of the highly contagious P1 Brazilian variant in England, but said he did not believe it would not impact the vaccine rollout or the lifting of national lockdown restrictions in the coming weeks.
#COVID-19  #vaccine  #Covid  #Boris Johnson
Add Comment