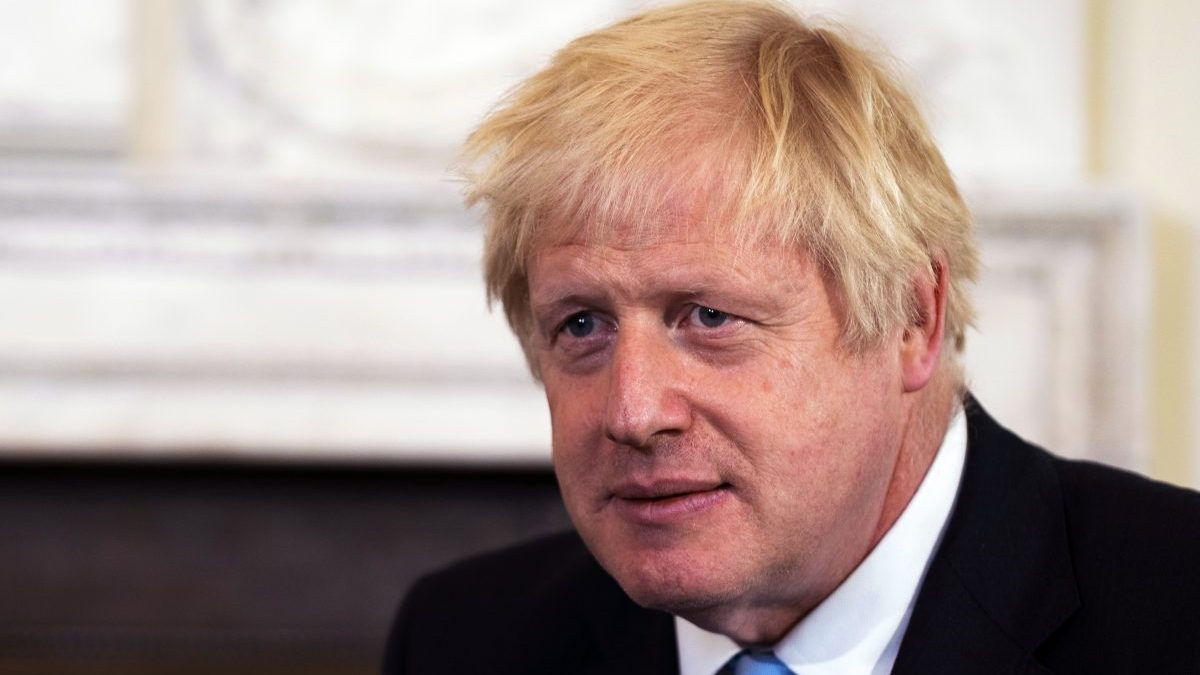 Instead of trying to compel workers to return, Johnson should look for ways to nudge employers & workers to stick to their cities. There are potential gains from the work new trends.
Getting English kids back into school this week isn’t just about them. It’s crucial that we repair the damage to educational outcomes, life chances and physical and emotional wellbeing inflicted by months out of the classroom.

But this is also about removing a major obstacle to the return of working parents to their city-center offices.

Tackling the empty workplace is now Boris Johnson’s priority. That’s understandable. The hollowing out of cities could have a devastating impact on employment, widen inequalities and further weaken government revenues.

London - always the prime consideration in these conversations - makes up about 22% of the U.K.’s gross domestic product. Even so, the prime minister’s back-to-the-office campaign may not succeed; it’s not obvious that it’s a politician’s job to tell businesses what to do.

Johnson says people are returning to the office in “huge numbers.” Those numbers are still unclear, however. Use of the London Underground is 72% lower than the same time last year.

More workers will no doubt venture back to their desks at least part-time in the weeks ahead, liberated by the reopening of schools and reassured by new deep-cleaning and social-distancing protocols.

But worries about getting on the Tube, buses or suburban trains and the airborne spread of the virus are supported by evidence and are unlikely to disappear soon.

And, as countless articles have noted, many workers and employers have become fans of remote working. Commuters are spared a long, costly and often soul-destroying journey; and they have a lower carbon footprint and possibly a better work-life balance.

The savings from money spent previously on travel fares and gourmet sandwiches means more funds are available for education, home improvements and retirement. Many are happier, and no less productive.

But these contented white-collar “remotes” are very distant from workers in more deprived parts of the country, who delivered power to Johnson’s Conservatives in the December election.

The government is acutely aware of a gulf between those who can WFH safely and those who can’t. The perception of bankers in their Surrey bunkers being fine, while bus drivers and shop workers have to get on with it and risk infection, would be toxic politically.

At the same time, younger voters often see more benefits in office life as they set out on their careers. They also rely more on the kinds of service-industry jobs that will be lost if city centers remain deserted. Rishi Sunak, Chancellor of the Exchequer, is worried too about unemployment and the loss of tax revenue from shuttered shops and restaurants.

Hence Johnson’s eagerness to get people moving. A recent headline in the Tory-supporting Daily Telegraph quoted anonymous government officials telling people to, “Go back to work or risk losing your job.”

Unfortunately for the prime minister, this is an awkward position for a libertarian to take. How does a Conservative government - usually the arch-defender of an unobtrusive state - start telling companies and workers how to do their business?

Do corporate bosses even want a return to pre-Covid working norms? It’s a fraught prospect, regardless of how safe workplaces strive to be. Many employers find remote working perfectly viable.

If productivity had fallen because of WFH, they’d presumably be forcing people back into offices, not formalizing remote arrangements as both JPMorgan Chase & Co. and the law firm Linklaters have done recently.

Different employers will work out their own arrangements. Some will want to give up swanky central offices, others will be desperate to return to in-person meetings.

Even if Johnson’s “huge numbers” return to the City of London, some jobs will disappear and others will be permanently home-based. The proper role of government is to make an inevitable transition smoother, not to seek to stop it.

Instead of trying to compel workers to return, Johnson should look for ways to nudge employers and workers to stick to their cities, perhaps by cutting the cost of transport and mitigating the risks.

Some imaginative policies would help, along the lines of August’s “eat out to help out” scheme to subsidize restaurant meals. As well as keeping hospitality workers employed, that scheme brought shoppers back to town streets.

And there are potential gains from the new trend in work habits. Cheaper city real estate may attract new residents and businesses, while suburban and less prosperous areas could get more investment. A spike in property purchases outside the capital suggests that may happen sooner than expected.

None of this means London is dead. As U.S. comedian Jerry Seinfeld noted about his own hometown, “real, live, inspiriting human energy exists, when we coagulate together in crazy places like New York City.”

London is no different. Some workers will abandon the daily commute, but the agglomeration effects for those businesses that depend on client relationships, the arts and creative co-working won’t disappear.

Johnson’s campaign may help on the margins, but confidence depends ultimately on mundane bureaucratic Covid measures such as test-and-trace. That’s where a competent government can make a real difference.
Add Comment