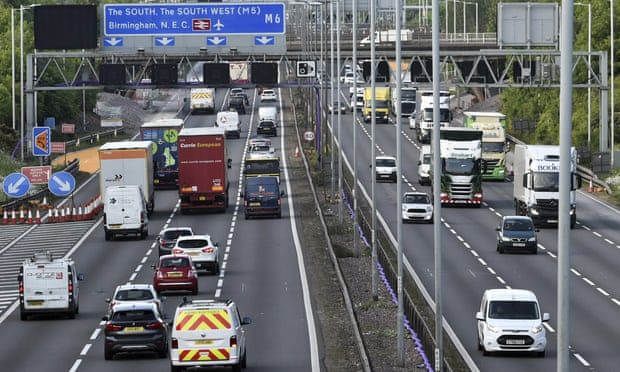 Housing crisis leaves boy, 10, with 170-mile round trip to school in Birmingham

Campaigners say the boy, who had to be driven by his parents from a Manchester Travelodge to his primary school in Birmingham for two months, was the victim of a chronic shortage of social housing in the West Midlands city.

Citizens UK Birmingham called for an urgent increase in the supply of social housing to tackle a growing list of more than 6,000 children living in temporary accommodation in the city while waiting for a suitable family home.

The boy, called Isaac, told Birmingham Live: “I went to bed as soon as I got home at night then got up again the next day. We would wake up at 5am and leave at 6am in the morning. My mum and dad think education matters so always got me to school.”

Victoria Rivett, the headteacher at his school, St Clare’s Catholic primary in Handsworth, told reporters Isaac’s experience was far from unique. Several of her pupils in temporary accommodation had to make lengthy and complicated trips to school from across the West Midlands.

“I am very proud of Isaac, he showed great resilience to keep coming into school. But we should really not have children having to go through ordeals like this,” she said.

Citizens UK condemned a “broken” housing system that left thousands of youngsters trapped in what it described as a “hotels-and-flats merry-go-round” while expensive private high-rise apartment developments sprung up all over the city.

About 3,500 families are living in temporary accommodation in the city – approximately 500 in B&Bs and hotels, 600 in family homeless centres, 1,700 in council properties and 1,000 more in private leased homes.

Gary Messenger, Birmingham city council’s head of interim housing, told Birmingham Live that housing families in out-of-area accommodation was rare: “We are doing our level best for every family, but we are in the grip of a national housing crisis, being seen across the country.

“Our priority is to ensure the health and wellbeing needs of children and families are met. We would ideally house all our families here in the city, unless there is a legitimate safeguarding reason not to do so.”

Matt Downie, the director of policy at homelessness charity Crisis, said: “No parent should have to go to such great lengths just to get their child to school every day. This story encapsulates the day-to-day reality of our housing crisis.

“A lack of affordable homes means that too many families are relocated away from their support networks, disrupting their children’s education.”
Add Comment