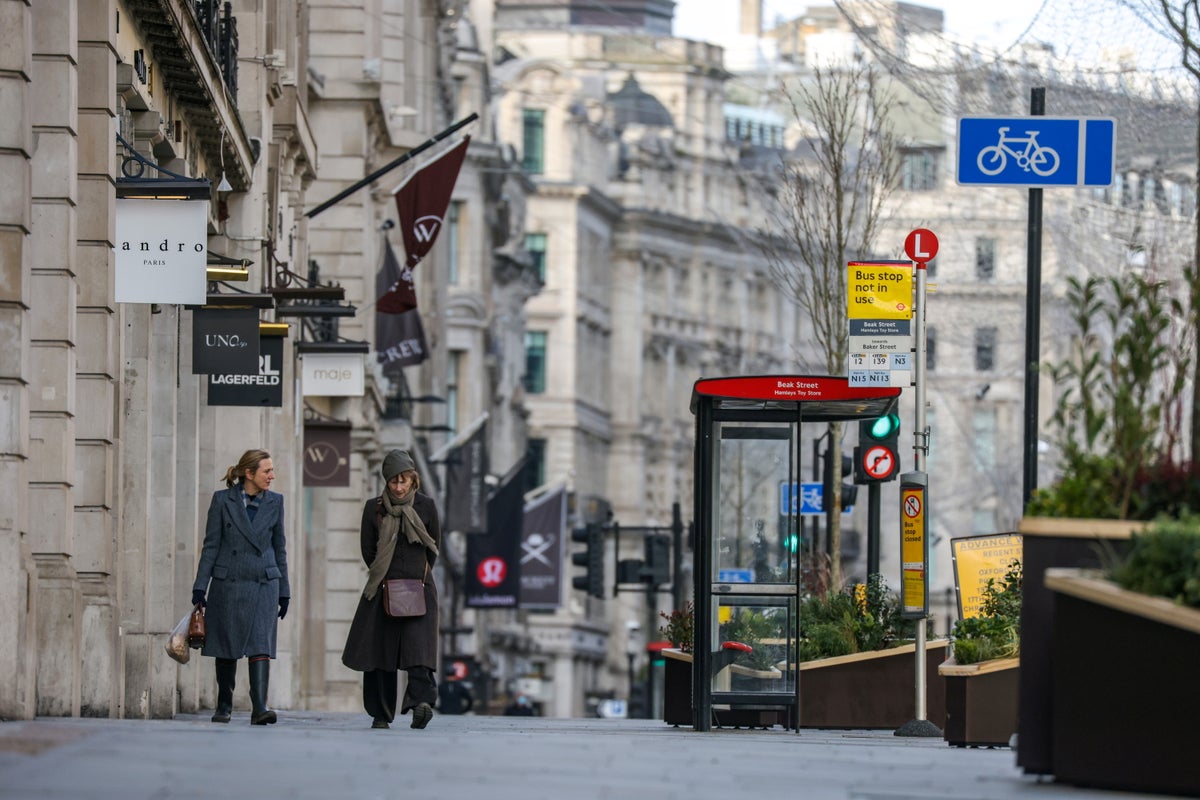 Coronavirus cases are falling in every London borough for the first time in months — raising hopes that the devastating second wave of the pandemic has finally passed its peak.

Falls of up to 30 per cent have been seen in some areas over the past week, with no borough recording an increase. London-wide, the number of confirmed infections has tumbled by almost a third since January 1.

However, the crisis in the capital’s hard-pressed NHS is still getting worse, the official data shows.

The number of Londoners filling up hospitals continues to break records, including for the number of critically ill people being kept alive by ventilation machines. Daily admissions are falling at last, but fewer deaths and slow recovery times means wards are getting more crowded.

“I know Londoners will keep displaying that amazing spirit they have shown throughout this pandemic. Vaccines are our way out and that’s why it’s so important we keep our resolve.”

Mayor of London Sadiq Khan “implored” Londoners to keep up the sacrifices they have made to protect the NHS.

In key developments in the capital’s fight against the pandemic:

- Only three London boroughs currently have infection rates of over 1,000 new cases per 100,000 population, down from 17 boroughs last week.

- The number of Covid patients in London hospitals has risen nine per cent in a week. There were 7,686 on January 13, the most recent date for which data is complete, up from 7,034 a week earlier. The figure is, shockingly, almost 50 per cent higher that at the peak of the first wave last April.

- The number of critically-ill patients in mechanical ventilation beds is still surging. There were 1,206 on Saturday, up from 1,020 a week before, a jump of 18 per cent. The number of people who have been intubated in London is risen higher than the 1,046 recorded at the peak of the first wave, on April 13 last year. Fewer are dying than did in the first wave, thanks to improved treatments.

- London’s daily death toll from Covid-19 is rising but less quickly than it did from mid-December to early January. An additional 1,116 deaths in London hospitals of patients who tested positive plus an additional 66 where Covid-19 was mentioned on the death certificate were announced yesterday for the week ending January 16. That compared with 1,028 and 75 for the previous week.

- New admissions peaked in London on January 5 at 913 and were down to 795 on the most recent data. However, these still exceed the number being released because patients who might have died in the first wave are being slowly nursed back to health instead. 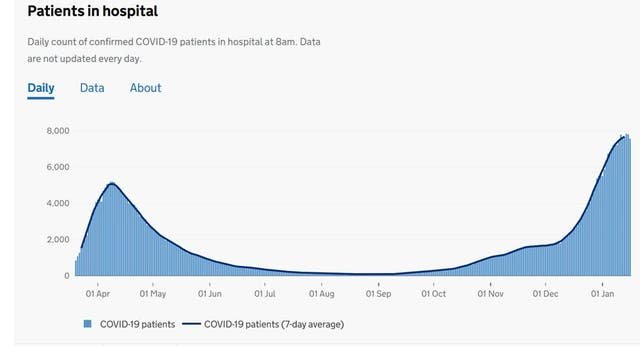 The Mayor told the Standard: “Londoners are making huge sacrifices to follow the lockdown restrictions, and there are early signs that the rapid increase in cases that we saw at the end of 2020 is levelling off.

“But the situation remains critical, placing huge pressure on the NHS. I am imploring Londoners to stay at home unless it is absolutely necessary for you to leave.”

The biggest falls in new cases were seen at Havering, down 40 per cent, Bromley, down 37, Redbridge, down 35, and Bexley, down 35.

On the UK-wide map, London appears to have clearly passed the peak of new infections, while many regions are still surging as the highly contagious Kent strain spreads northwards, including the East Midlands, the North-West, and Yorkshire and the Humber.

Meanwhile, Danny Mortimer, head of the NHS Confederation, said theatre staff are being diverted from surgery in most areas to help deal with the surge in Covid-19 patients. He warned: “I think, this next week, we will be at the limit of what we probably have the physical space and the people to safely do.”

Dr Vin Diwakar, medical director for the NHS in London, said: “Tragically, more than one thousand Londoners lost their lives to Covid last week, and nearly half of the capital’s hospital beds are treating those with coronavirus — so it is vital that people get protection against this devastating virus through a safe, effective and well-tested vaccine.”

Professor Stephen Powis, national medical director for the NHS in England, said: “There are signs in London that the growth in infection rates are slowing, but it will take several weeks before that starts to have an effect on reducing people in hospital. So it’s really going to be tough over the next couple of weeks.”

Here is the latest borough data released by Public Health England, showing the number of new cases in the most recent week, the percentage change in new cases and the rate of new infections over seven days per 100,000 population.