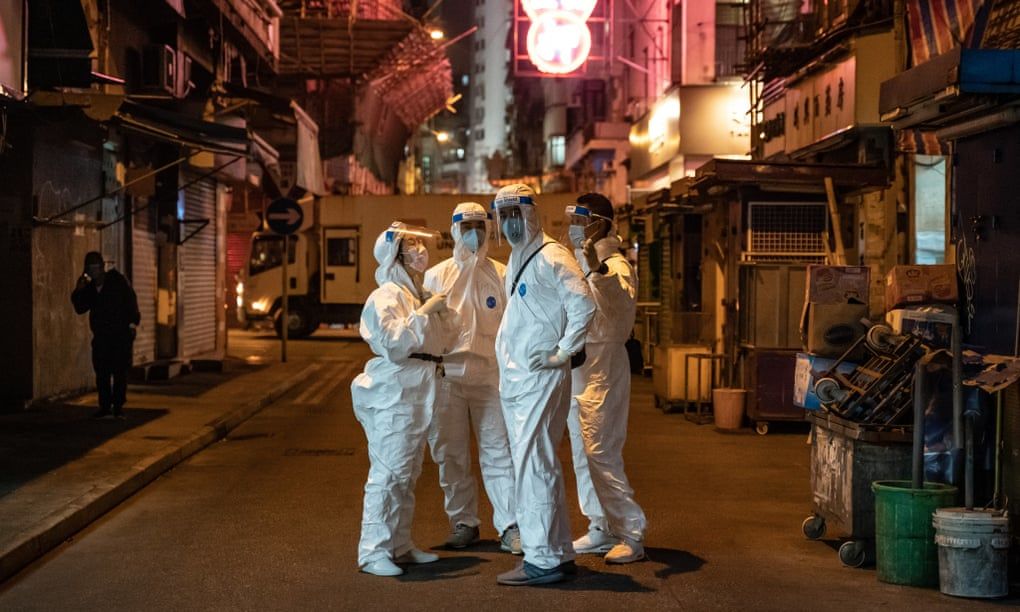 Hong Kong Covid crisis: why is the death rate so high?

Low vaccination rates among the elderly, low rates of prior infection and an overwhelmed healthcare system have contributed to create the perfect storm

Hong Kong has recorded 5,000 Covid deaths and more than 1 million cases among its population of 7.5 million – so how did the situation become so bad?

What is happening in Hong Kong?

Hong Kong is in the grip of its worst Covid outbreak. The surge in infections during the fifth wave has outpaced other cities around the world. Analysis of government data by Hong Kong Free Press showed there were almost 900 confirmed infections per 100,000 Hong Kong citizens in early March, when cases peaked. The all-time high for the pandemic was previously held by New York City, with 500 cases per 100,000 residents, in January.

The city’s public healthcare system has also buckled under Omicron, with devastating effects. Patients were left to wait outside hospitals while bodies stacked up inside wards. Eventually, Omicron entered elderly care homes and found a particularly vulnerable portion of the population, all the more so because of the low vaccination rate among the city’s senior citizens.

Why does Hong Kong have such a high death rate?

Before the fifth wave, Hong Kong had reported a total of 212 coronavirus-related deaths. Now it is recording above that amount daily.

Virologist Siddharth Sridhar at Hong Kong University’s Department of Microbiology said Hong Kong’s Covid-19 death rate – among the worst in the world – was “tragic but expected”, pinning it on a “perfect storm” of low vaccination rates among elderly people, low rates of prior infection and an overwhelmed healthcare system.

Hong Kong’s leader, Carrie Lam, has acknowledged that the city’s vaccination rate played a role. Currently, 81% of those aged 12 and over have received two doses of the vaccines available in Hong Kong – the Chinese-made Sinovac, a traditional inactivated vaccine, and BioNTech, an mRNA vaccine produced in Germany. However, that figure drops to almost 37% among those aged 80 and above.

Mistrust of the authorities after months of pro-democracy protests, arrests and an ensuing national security law crackdown have also been blamed for the low vaccine uptake, as well as an over-emphasis on potential side effects. 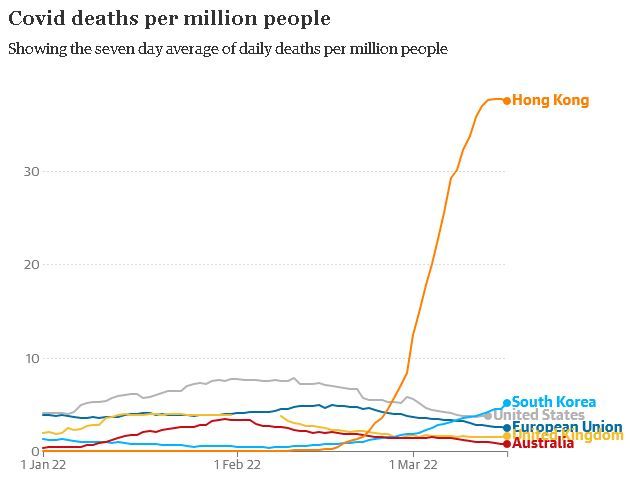 Has the use of the Sinovac vaccine added to the crisis?

Government data shows Sinovac to be the preferred vaccine among those aged 70 and over, despite several studies indicating it is less effective – particularly against Omicron – than the BioNTech vaccine. That could be, in part, because some elderly care homes offer only the Sinovac jab to residents.

According to Dhanasekaran, Sinovac “has been shown to work really well in many countries” against earlier strains of the virus, although it was “not as effective as the BioNTech [jab]”.

Dhanasekaran said: “Having some vaccines is better than no vaccines”, adding that “Sinovac is not really the biggest issue here – the low vaccination rate is absolutely the problem.” 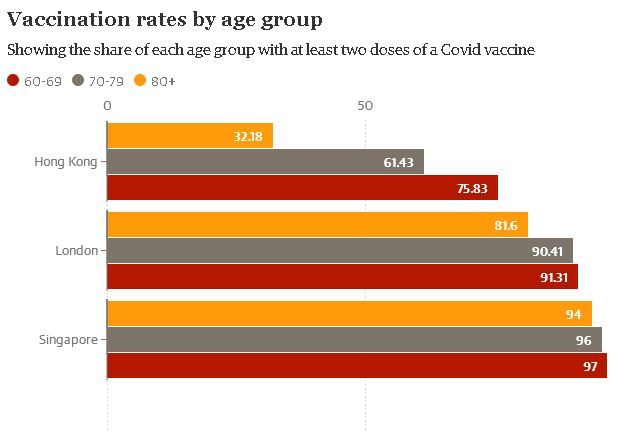 What does Hong Kong’s failure against Omicron mean for mainland China?

Mainland China is battling a number of Omicron outbreaks that have seen almost 30 million people locked down. The governor of north-eastern Jilin province, the current centre of China’s infections, vowed to “achieve community zero-Covid in a week”, state media reported on Monday.

But in a sign that thousands of Omicron infections might be forcing a more dynamic approach from authorities, China approved the use of rapid antigen tests last Sunday – a first in the country, which has relied exclusively on nucleic acid tests to confirm Covid patients.

Hong Kong made a similar pivot at the end of February, when laboratories were unable to process the sheer number of specimens from nucleic acid tests coming in, causing huge backlogs in cases being reported. In mainland China, about 50% of those aged 80 and above are fully vaccinated. At present, only Chinese-made vaccines have been approved for use in the mainland, none of which are mRNA jabs.

Xi Chen, a health and development economist at Yale’s school of public health, recently tweeted a series of Financial Times charts highlighting Hong Kong’s death rate against countries with higher elderly vaccination rates. He captioned it: “A picture is worth a thousand words. A warning message to Chinese mainland.”

China has yet to report a surge in deaths related to its latest wave of infections, but experts agree that the country’s zero-Covid policy remains on a knife-edge. University of Oxford epidemiologist Chen Zhengmin told Reuters: “The next two weeks are key to determining whether existing policies can really be effective in curbing infection growth or even reaching completely zero cases in one city, as we saw last year.”

Oh ya 322 days ago
Well justvlike the UK government is reporting that 90% of there deaths are fully vaxxed. And its just starting folks
View all comments (1)Add comment