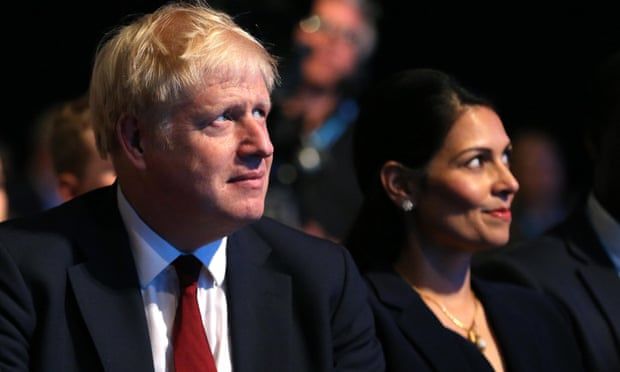 Changes come after pledge from the PM to ‘open arms’ to those who served with the country’s forces or government
The Home Office has tightened the criteria allowing Afghans to enter the UK despite promises from Boris Johnson to give a “warm welcome” to those who assisted British forces or worked with the government.

The department announced changes to the Afghan relocations and assistance policy (Arap) which narrows the criteria from that used during the Operation Pitting evacuation in August 2021.

After the UK’s chaotic exit from Kabul in August, the prime minister launched “operation warm welcome” to ensure the safety of staff in fear for their lives from the Taliban.

“I am determined that we welcome them with open arms and that my government puts in place the support they need to rebuild their lives,” Johnson said at the time. “We will never forget the brave sacrifice made by Afghans who chose to work with us, at great risk to themselves.”

The changes come amid growing disquiet because the government has yet to open the Afghan citizens resettlement scheme. Pressure groups have claimed the government’s new immigration and borders bill will criminalise, detain and remove Afghan refugees who seek safety here via other means.

Minnie Rahman, the interim chief executive of the Joint Council for the Welfare of Immigrants, said the change was another example of how the government had “slammed the door” on Afghan people.

“The narrowing of the Arap scheme and the failure to open the Afghan resettlement programme means that Afghans with links to the UK are now stuck in an impossible bind.

“People can stay in Afghanistan and risk death, or make their own perilous journeys here and face prison, detention or removal under this government’s new borders bill,” she said.

The changes to the rules mean those directly employed in Afghanistan by a UK government department on or after 1 October 2001 must now have a “high and imminent risk” of threat to their life to be able to come to the UK.

Under the previous rules, they only needed to show there was an “imminent” risk.

Zoe Bantleman, the legal director of the Immigration Law Practitioners’ Association, tweeted that those employed in an exposed role by a UK government department or who provided linguistic services must show, as a result of public recognition for performing their role, their safety is at risk.

“This narrows the test from the [home secretary] determining the person needs to be relocated to UK,” she wrote.

Another category of applicant must now show a substantive positive contribution to specific UK military or national security objectives and that either they are or were at an elevated risk of death or serious injury or hold sensitive information.

“Whilst clarification of the criteria in the Arap rules is welcome, it is unclear why the rules for entry clearance for Afghans who helped the UK are being narrowed at this time,” Bantleman wrote.

A government spokesperson said the UK implemented the biggest and fastest emergency evacuation in recent history, helping more than 15,000 people to safety from Afghanistan who it is continuing to support.

“We are now updating the Arap immigration rules to make clear who is eligible to apply under the scheme, enable more families to remain together, and offer support to those who need it most.

“The Afghan citizens resettlement scheme will soon open and is one of the most generous schemes in our country’s history. It will give up to 20,000 people at risk a new life in the UK. We will honour commitments made to individuals and groups,” the spokesperson said.
#Boris Johnson  #Afghanistan  #Johnson
Add Comment