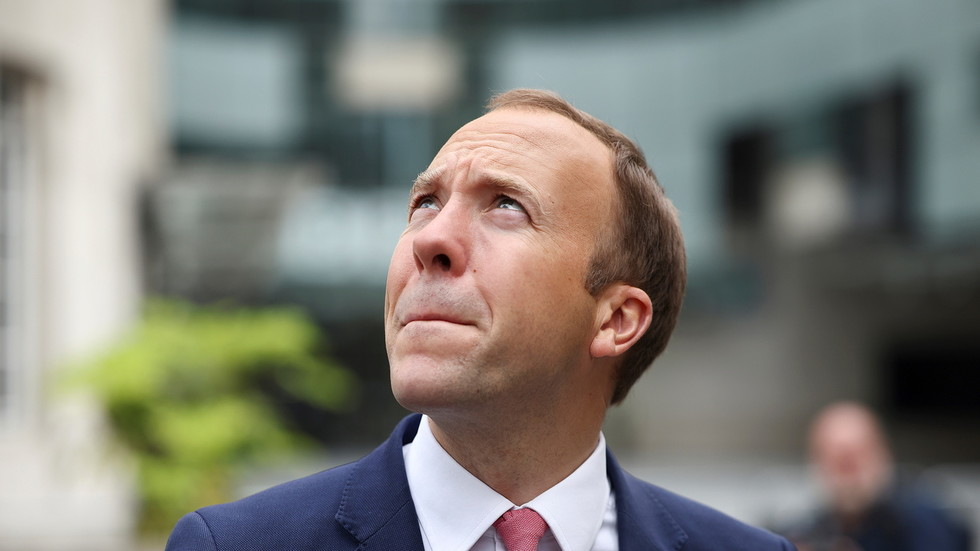 The emails and WhatsApp messages of former British Health Secretary Matt Hancock can be searched, the High Court has ruled amid a court battle over the allegedly unlawful awarding of multi-million-pound Covid testing contracts.
The search was ordered by the High Court on Tuesday during hearings of the case, brought by the Good Law Project group against the Department of Health and Social Care (DHSC).

The case revolves around three Covid-19 antibody test contracts, worth more than £80 million, which were awarded to Abingdon Health. The contracts were allegedly given to the company in April, June and August 2020 respectively, but were not properly published until October that year.

“The contracts were awarded directly, and secretly, without any advertisement or competition,” the barrister for the Good Law Project, Joseph Barrett, stated.

Hancock, who served as the UK’s health secretary from July 2018 until his resignation over an extramarital affair scandal this June, was the “ultimate decision-maker” in awarding said contracts, the plaintiffs argued. The former official allegedly used multiple non-government emails for state business, Barrett claimed, asking the court to warrant searches.

The allegations were rejected by the DHSC legal team, which countered that Hancock had only a “limited” role in awarding the contracts. It also argued that the already-disclosed documents were sufficient for the case.

“There is no reasonable basis on which to seek such disclosure, because Mr. Hancock's involvement in the matters which are in issue in these proceedings was limited and, in any event, any communications from the then-secretary of state would have been caught by the existing disclosure exercise,” QC Philip Moser stated.

The court, however, accepted the Good Law Project’s arguments, ordering searches of Hancock’s private emails and WhatsApp messages. The court also appeared unconvinced by the argument that the ex-secretary’s say in the contract-awarding process was “limited” enough to be disregarded entirely.

“It seems to me that even though his involvement has been described as ‘limited’, ‘limited’ can still be quite significant,” the judge said.
#COVID-19  #Covid
Add Comment