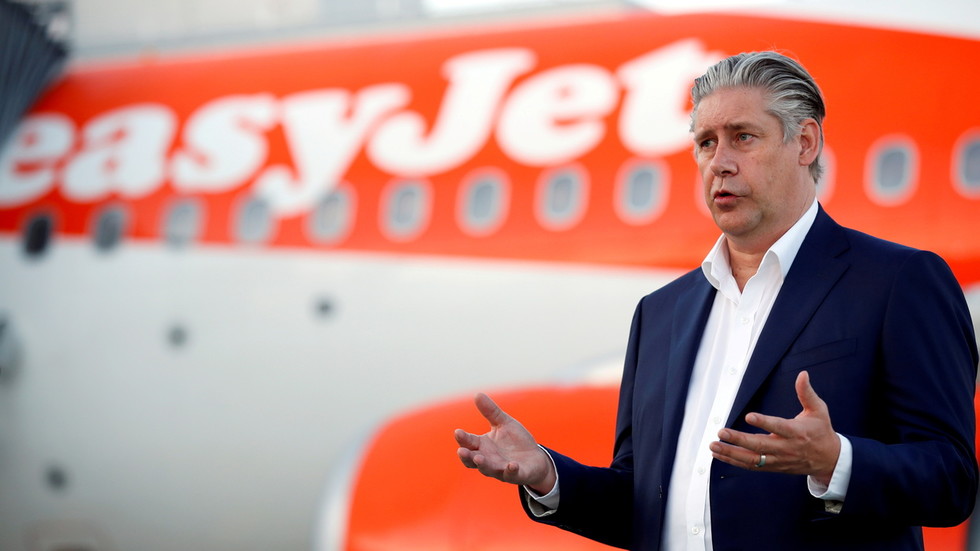 The boss of easyJet has warned his counterpart at rival Ryanair to stay out of its affairs, after the Irish airline tycoon suggested the British carrier would need to merge with Wizz Air or face being taken over.
Speaking to Reuters on Tuesday, easyJet CEO Johan Lundgren dismissed claims made by Ryanair group Chief Executive Michael O’Leary earlier in September that the British company would need to merge with fellow budget airline Wizz Air to avoid a takeover as the aviation industry consolidates following the pandemic.

“[It is] complete nonsense,” Lundgren stated, addressing O’Leary’s remarks. “I would urge anyone who runs an airline to focus on their own business rather than speculate about others [where] they have no idea about what’s going on.”

Earlier this month, O’Leary told the Financial Times that large flag carriers such as British Airways owner IAG, Lufthansa, or Air France could eventually buy other airlines out.

“Both easyJet and Wizz will either need to be taken out or … coalesce together,” O’Leary said, adding that “consolidation needs to happen and will happen. It’s an inevitability, particularly coming out of Covid.”

His comments came after easyJet rebuffed a takeover approach, allegedly from Hungarian firm Wizz Air. The British aviation company then announced plans to raise £1.2 billion through a rights issue; shareholders were given the offer last week.

EasyJet, like its competitors, has struggled because of the impact of the pandemic on the industry, and European travel remains below 2019 levels.
#Covid
Add Comment