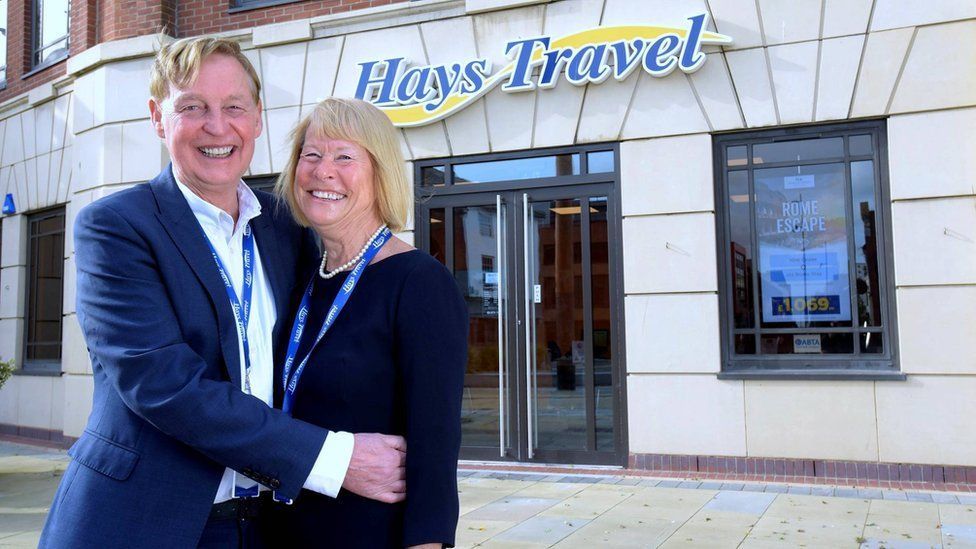 Dame Irene said messages of support had given her a "determination" to carry her husband's "wonderful legacy on into the future".

Mr Hays had been working from home amid the coronavirus pandemic but was visiting the office "for a couple of hours" when he collapsed.

"It was hard," Dame Irene said. "I think there were two types of shock. The first was an absolute shock that he was taken too soon.

"He died in his office at his desk, which is exactly where he would've wanted it to happen.

"The second shock was the response we've had from the community. We've had more than 220,000 messages for John and Sunderland City Council kindly lit up all its monuments in the Hays Travel colours.

"What that's done for me and all of the staff is given us added motivation and determination to carry his wonderful legacy on into the future."

In January the firm announced it would close 89 of its 535 shops following the third national lockdown and travel ban.

However, Dame Irene said it had seen a "tremendous surge" in bookings after Prime Minister Boris Johnson announced a forthcoming relaxation of lockdown measures.

The company brought in an extra 200 people on Tuesday to answer telephone calls, she said, as it experienced a 347% increase in enquiries.

Speaking to BBC Breakfast, Dame Irene added she had booked two holidays for later this year followed by a further trip in 2022.