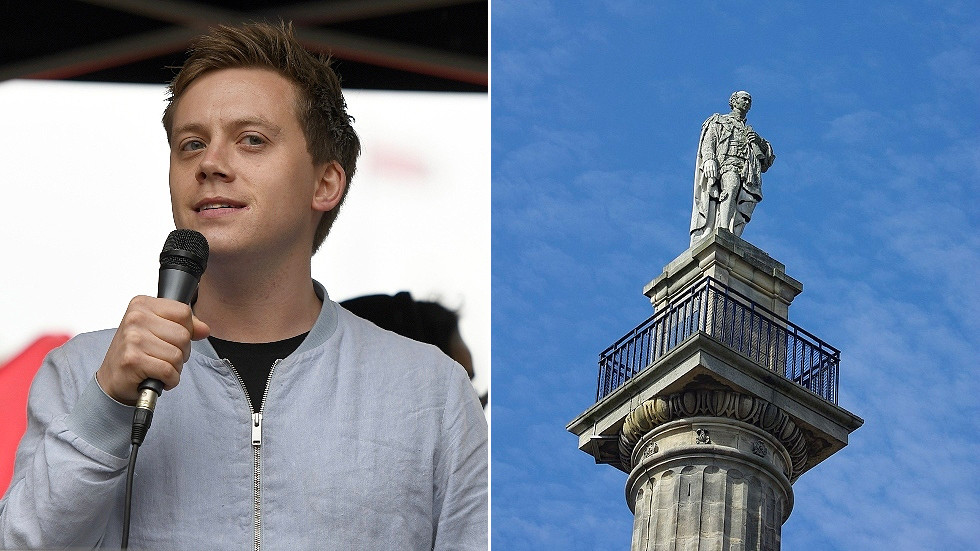 UK journalist Owen Jones has been mercilessly mocked after enthusiastically promoting a website that marks out statues around the UK that should be toppled...including that of a former PM who oversaw the abolition of slavery.

Jones – who writes for the Guardian and is also a prominent left-wing activist – took to Twitter on Tuesday to share a link to “Topple the Racists.” It’s a website run by the “Stop Trump Coalition” with support from the “Black Lives Matter” campaign, who say the objective is to “take down statues and monuments in the UK that celebrate slavery and racism.”

The activist group provides a map of the UK with an array of locations and details of the offending monuments – including that of Earl Grey, who served as prime minister during the 1830s, when the slave trade was outlawed. The website says his statue’s inclusion on their map is because he was PM "when slavery was abolished and reparations paid to white ex-slave owners instead of black ex-slaves.”

Helping to single out the statue of a man whose government brought in the landmark Slavery Abolition Act in 1833, leading to the abolition of slavery throughout the British Empire, provoked much bemusement and ridicule of Jones on social media.

Kristian Niemietz, head of political economy at the Institute of Economic Affairs, sarcastically suggested that “topple first, enquire later” was the strategy at play here. Another commenter asked: “What next? A map showing where all ‘dissenters’ [to removals] live.”

While lovers of Earl Grey tea – named after the former PM and hugely popular in the UK – suggested the targeting of his statue in Newcastle could be spell curtains for the flavored hot beverage. A number of GIFs were also posted to express disbelief at Jones’ and other anti-racism activists’ choice of statues.

The toppling of the statue of 17th century slave trader Edward Colston in Bristol on Sunday – sparked by the recent death of black American George Floyd in police custody in Minneapolis, USA – has prompted a wave of calls for other iconography linked to slavery in the UK to be removed.