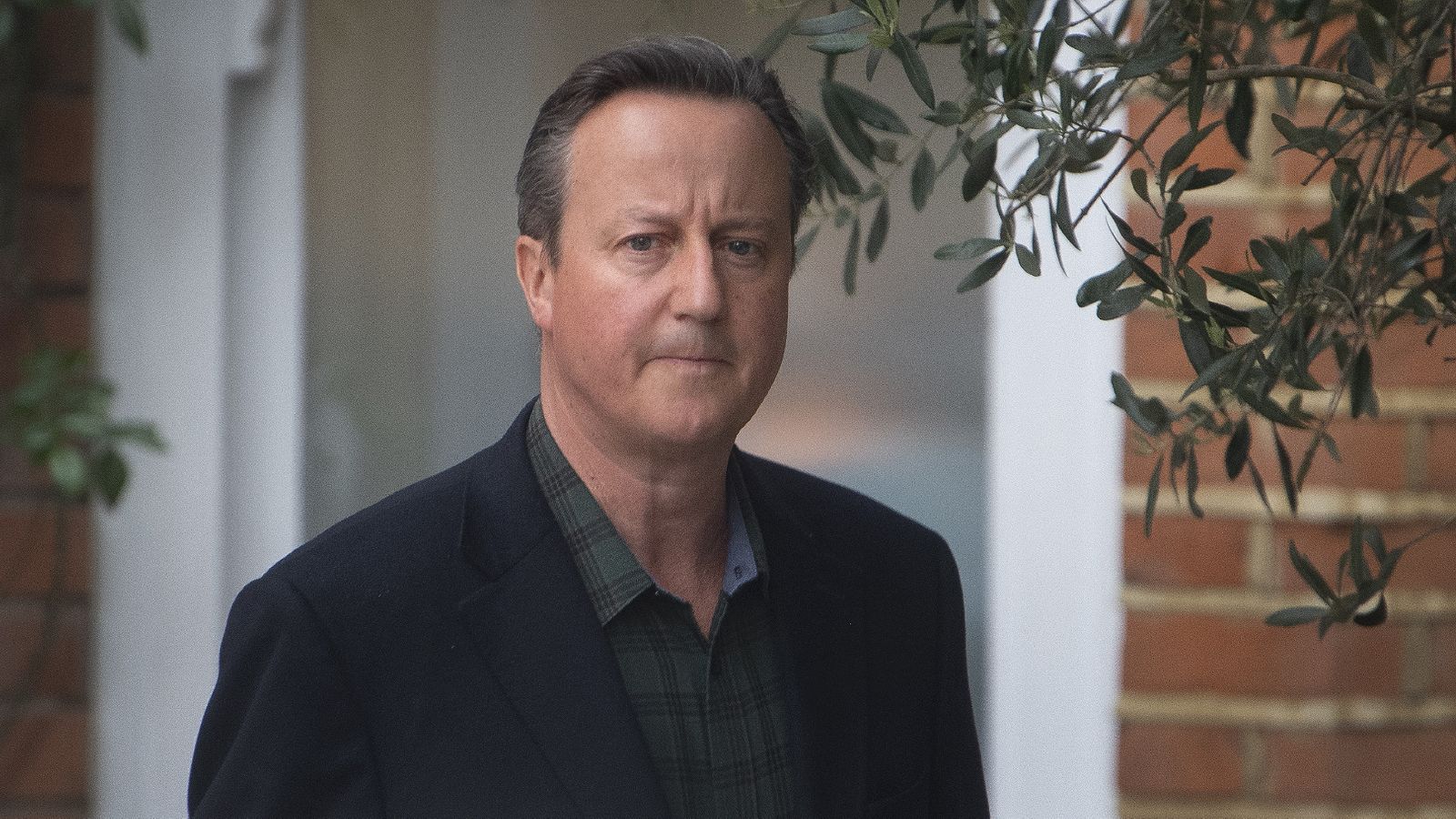 Greensill collapse: £335m of taxpayers' cash at 'increased risk' due to 'woefully inadequate' checks on firm David Cameron lobbied for

The Public Accounts Committee finds that "up to £335m of taxpayer money is at increased risk following the British Business Bank's failure to conduct sufficient due diligence" into Greensill, when it applied to be a lender for COVID schemes.

Hundreds of millions of pounds of taxpayers' money is at increased risk due to a failure to conduct sufficient checks on the now-collapsed finance firm that David Cameron lobbied for, a committee of MPs has found.

In a new report by the House of Commons' Public Accounts Committee (PAC), on the lessons to be learned from the demise of Greensill Capital, the group of MPs have scrutinised a decision to allow the firm to be a lender under government-backed COVID support schemes.

Greensill loaned £400m under CLBILS, the maximum it was permitted to lend, and £18.5m under CBILS. 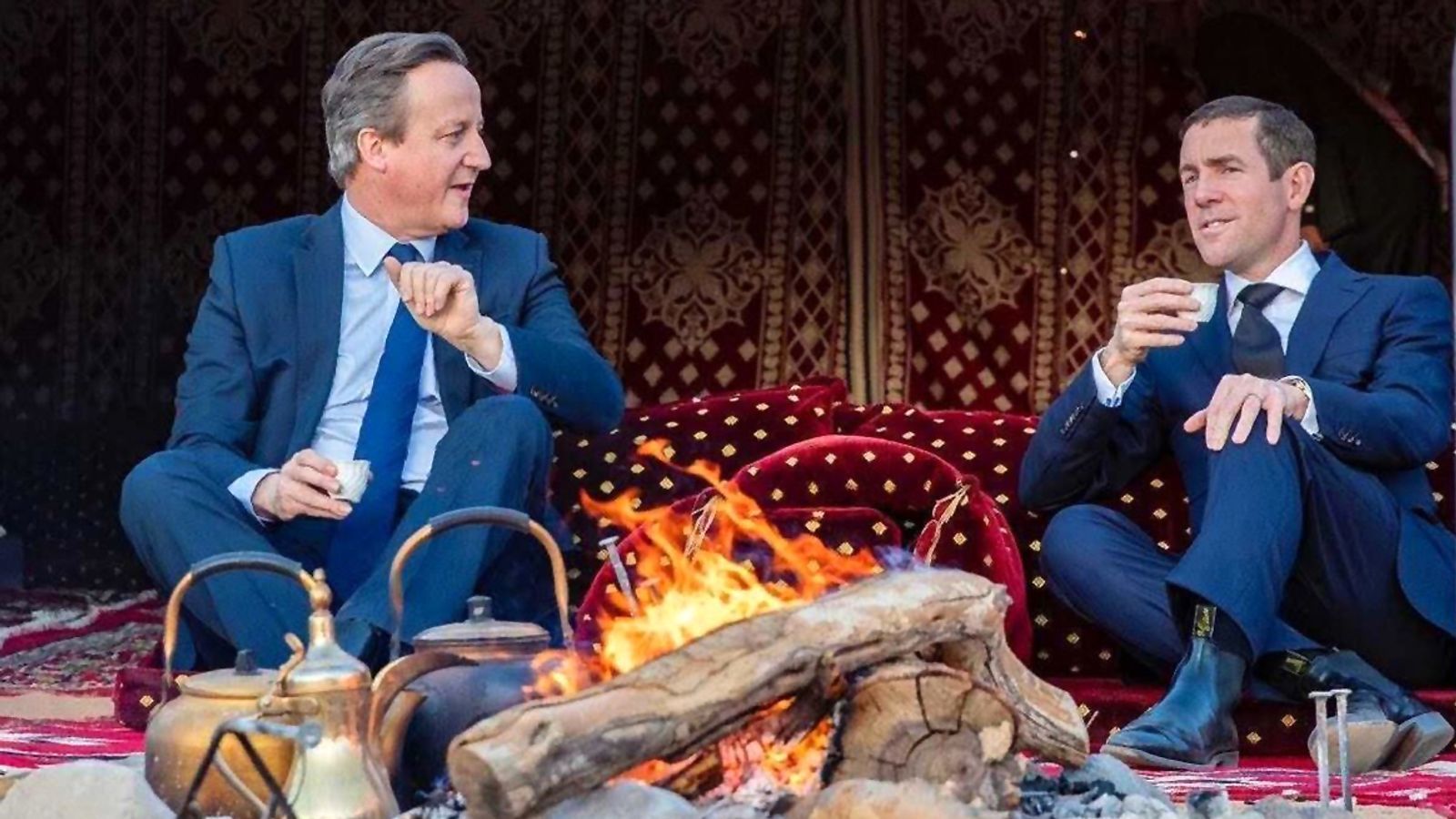 The ex-PM with the firm's founder, Lex Greensill, on a trip to Saudi Arabia in January 2020

But in March this year, Greensill - who employed former prime minister Mr Cameron as an adviser - filed for insolvency.

In their report, the PAC found that "up to £335m of taxpayer money is at increased risk following the British Business Bank's failure to conduct sufficient due diligence" into Greensill, when the firm applied to be an accredited lender under the COVID support schemes.

The MPs concluded that the Bank's "approach to due diligence in accrediting Greensill was woefully inadequate" and criticised the Bank for striking the "wrong balance" between "making decisions quickly" during the pandemic and "protecting taxpayer interests".

"In the case of Greensill, the Bank was insufficiently curious about media reports questioning Greensill's lending model, its over-exposure to borrowers, and ethical standards until problems were clear and hundreds of millions of taxpayers' money left exposed," their report added.

They also found that "a lack of information-sharing across government" had "once again hampered sound decision-making in government's response to the pandemic and allowed Greensill access to taxpayer-funded schemes".

The PAC also said the government had "not yet identified the broader lessons from its accreditation of Greensill or from its COVID-19 business support schemes" and added it was "essential that these lessons are identified".

In further criticism of the Bank, the MPs said it had been "insufficiently curious when identifying where money lent through the schemes, including by Greensill, has ultimately gone".

In a series of recommendations, the MPs called on the Bank to review its accreditation process, and for itself, the Treasury and the Department for Business, Energy and Industrial Strategy to publish a "full lessons-learned report" by July next year.

Mr Cameron has been reported to have made about £7m during his two-and-a-half years' part-time work for Greensill before its collapse, including a salary of £720,000 a year.

Earlier this year, the ex-prime minister was revealed to have bombarded ministers and officials - as well as the Bank of England - with WhatsApps, texts and emails in his pursuit of winning Greensill access to government-backed COVID support schemes.

Labour MP Dame Meg Hillier, chair of the PAC, said: "The British Business Bank only had to read the papers to be aware of serious questions about Greensill's lending model, over-exposure to borrowers, and its ethical standards - yet it didn't really start to delve into those issues until the problems were clear and hundreds of millions of taxpayers' money was already at risk.

"It professed itself 'very surprised' to discover where these taxpayer-backed loans had gone on its watch, in contravention of its own lending and accreditation rules."

A government spokesperson said: "The government was not involved in the decision to accredit Greensill.

"The decision was taken independently by the British Business Bank, in accordance with their usual procedures."