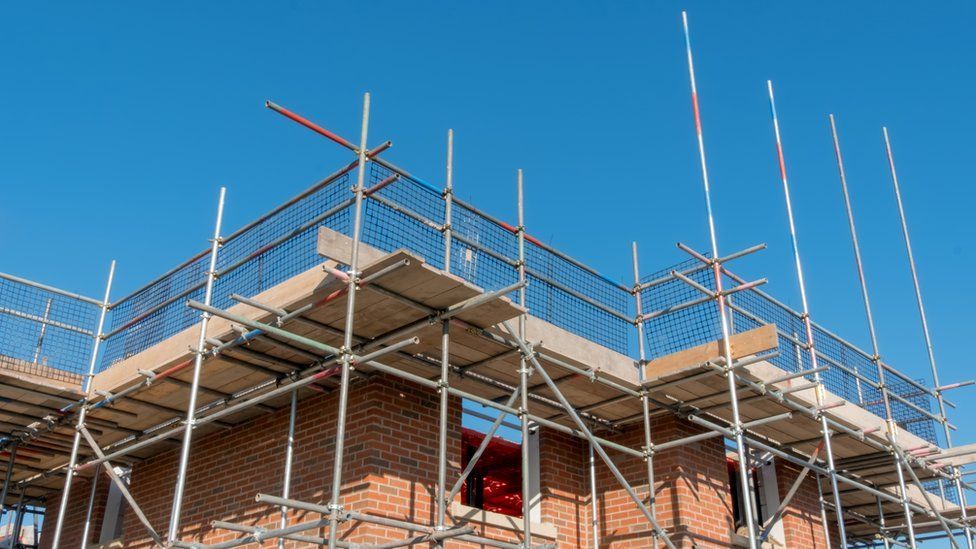 The government is dropping controversial elements of its planning reforms in England after a backlash from Conservative MPs.

Ministers will publish a Levelling Up and Regeneration Bill on Wednesday, which will include new proposals to change planning laws.

It is understood a controversial zonal system will be dropped - which would would have seen certain areas earmarked for housing growth and some development applications automatically approved.

Ministers are also expected to confirm that legally-binding housing targets are being scrapped.

Instead, Levelling Up Secretary Michael Gove will promise communities control over what is happening in their area.

A source said Mr Gove had listened to concerns raised over previous plans.

Housing is a key challenge for the government, having pledged to build 300,000 houses a year by the mid-2020s - sources say that target remains.

Making it easier to approve developments was a key part of its initial strategy after Boris Johnson won the election in 2019.

The original plan would have seen local councils in England having to classify all land in their area as either "protected", for "renewal", or for "growth".

Councils would then have had to look favourably on developments in "renewal" areas, whilst in "growth" zones, applications conforming to pre-agreed local plans would automatically gain initial approval.

But the plans sparked a significant Tory backlash - with some in the party saying the policy had contributed to by-election losses in former Conservative heartlands.

Those fears would only have been exacerbated by last week's local elections results.

The government believes its new plans will give communities more of an opportunity to shape what happens in their area - and stronger grounds to resist unwanted developments.

Under Mr Gove's plans, communities will be able to hold votes on whether planning permission should be granted for extensions to existing homes on their street.

Ministers are planning design codes, which would see local communities set rules about the layout of new developments and materials which could be used.

And they hope a new infrastructure levy - to be determined locally - will increase funds for local authorities by basing the sum on the value of the property when it is sold, rather than when it gets planning permission.

Ministers want to modernise the system, which often sees notices on lamp posts to alert people to local proposals.