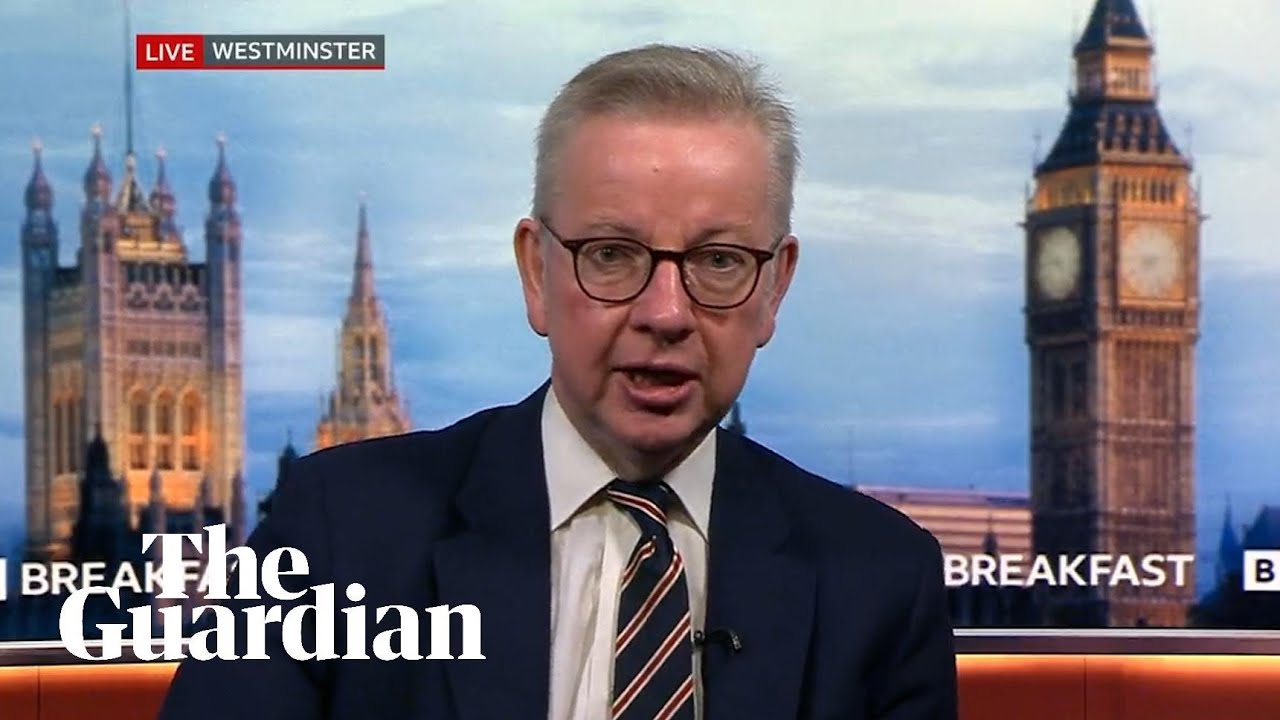 Minister is accused of minimising crisis as he also admits target of building 300,000 homes a year will not be met
Michael Gove has been accused of minimising the cost of living crisis after he ruled out an emergency budget and admitted the government would fail to meet its target of building 300,000 homes a year.

The UK levelling up secretary said it would be “patronising” for him to intervene to advise people who were struggling to make ends meet and blamed the current squeeze on global inflation.

The Queen’s speech on Tuesday contained no significant measures to help people with the soaring cost of living, but Boris Johnson had promised there would be news of extra assistance in the coming days.

However, Gove told Sky News: “There won’t be an emergency budget. It is sometimes the case that the words from a prime minister or minister are over-interpreted. The prime minister is right. We will be saying more and doing more in order to help people with the cost of living challenge we face at the moment, but that doesn’t amount to an emergency budget. It is part of the work of government.

“Last night, the prime minister convened a group of ministers – we have all done work on some of the things we could do to help. Those policy initiatives will be announced by individual departments in due course as they are worked up.”

When asked about speculation of a split between Johnson and Rishi Sunak, the chancellor, who is resisting an emergency budget, Gove deployed different accents as he told BBC Breakfast: “It is an example of some commentators chasing their own tails and trying to take a statement that is common-sensical, turning it into a ‘major’ capital letters ‘big news story’.

“When the Treasury quite rightly say ‘calm down’, people instead of recognising that they have overinflated the story in the first place then say: ‘Oh, this is clearly a split.’

“The truth is the prime minister says ‘government is working hard’ and the Treasury say: ‘Yes we are and I’m afraid the budget is going to be when we said it would be.’ That becomes a story? No.”

Pressed on his own responsibility for housing, Gove could not commit to the target of building 300,000 new homes a year by the middle of the decade – a Conservative manifesto pledge designed to reduce housing costs.

He said it should not be about “arithmetic” but partly about “beauty” to ensure that people were happy to have development in their areas, as he said the public would get a greater say over new housing. Gove also suggested that trying to reach a target of 300,000 could be a “Procrustean bed” – a reference to a Greek myth in which Procrustes tortures people until they fit into a bed.

Responding to the clip of Gove putting on different accents, Angela Rayner, the deputy Labour leader said: “Is the cost of living crisis just a joke to them? This is not a serious government.”

“Millions of families and pensioners are struggling to get by. They need more help now before things get even worse in the autumn,” she said. “Instead all we get from this Conservative government is chaos and confusion. An emergency budget is needed now to cut taxes for ordinary families while taxing the super profits of oil and gas companies. That would be the fair and right thing to do.”

Rachel Reeves, the shadow chancellor, is also calling for an emergency budget, saying the Queen’s speech “has fallen far too short on the cost of living, and on a plan to grow our economy”.
#Boris Johnson  #Johnson
Add Comment