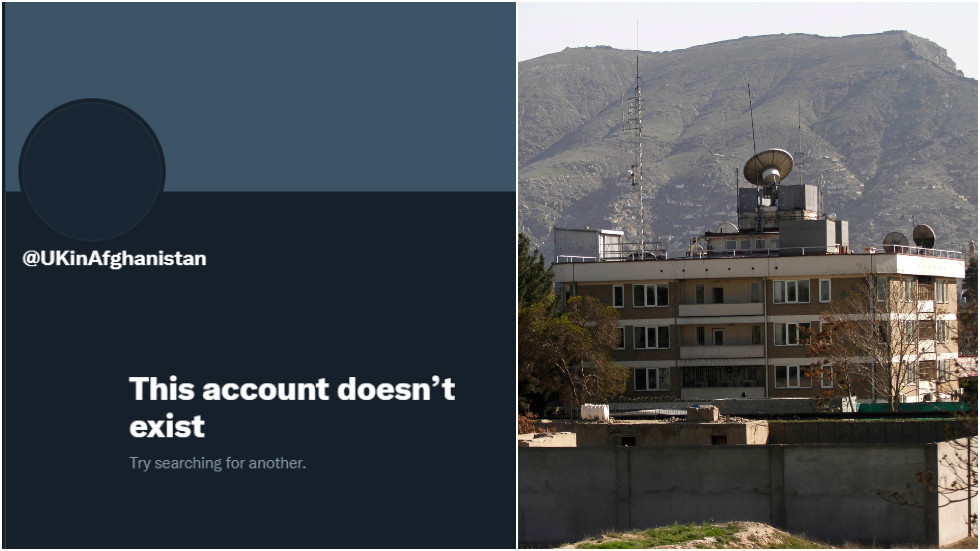 The official Twitter account for the British Embassy in Afghanistan has been deleted without explanation, with the page suddenly disappearing just as UK forces wrap up chaotic evacuation efforts in Kabul.

The embassy’s Twitter handle, created in 2013 and boasting more than 109,000 followers, appears to have been deactivated sometime on Friday, leaving observers online baffled as the government has yet to offer any reasoning for the decision.

The official website for the embassy notes that operations at its Kabul mission are “temporarily suspended in response to the deterioration in the security situation” in Afghanistan, though it’s unclear why the Twitter page was deactivated, having continued to operate even after Taliban fighters overran Kabul earlier this month.

While an archived version of the embassy site from August 12 shows the mission’s social media accounts displayed on the page, they have now been replaced with different links. The UK’s Foreign, Commonwealth and Development Office (FCDO) did not immediately respond to RT’s request for comment.

Netizens offered theories as to why the page went dark, one suggesting it was done to “quickly scrub data” on any Afghans who may have collaborated with the British government during its 20-year presence in the country. Another argued it was a “security measure.”

The embassy was recently embroiled in a security scare after a journalist with the Times discovered documents in the Kabul diplomatic quarter that identified a number of Afghan staffers at the facility, including their contact information. While an FCDO spokesperson maintained that “every effort was made to destroy sensitive material,” some documents survived intact. The Foreign Affairs Select Committee will launch an inquiry into the apparent oversight.

The abrupt deletion of the embassy’s Twitter handle comes just as London winds down an evacuation mission in Afghanistan, with Defence Minister Ben Wallace noting the effort had entered its final stages on Friday and that no additional evacuees would be processed. Now governing Afghanistan, the Taliban has agreed to an August 31 deadline for all foreign forces to leave the country, first set by US President Joe Biden.

Wallace lamented the end of the operation, voicing “deep regret that not everyone has been able to be evacuated during this process” while noting that he believes up to 150 British nationals remain in the country – though some are apparently staying voluntarily. Between 800 and 1,100 Afghans who worked alongside British forces also would not be able to leave Afghanistan, the minister added.

An Islamic State (IS, formerly ISIS) suicide bombing that struck outside Hamid Karzai International Airport on Thursday likely added urgency to the pull-out. The attack killed two British nationals and a child of another UK citizen, as well as dozens of Afghan civilians, 28 Taliban members, and 13 American soldiers. Some confusion continues to surround the attack, however, as US military officials have challenged earlier reports of two explosions, instead saying only one bomb went off near the gates of the Kabul airport.