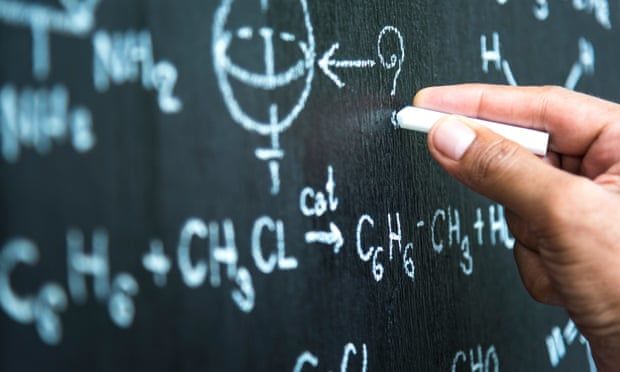 Girls do like hard maths, says children’s commissioner for England

Rachel de Souza says lack of female role models a bigger issue, after social mobility head said girls would ‘rather not’ do hard maths
The debate over why so few girls take maths-based A-levels descended into “tsar wars” on Friday after the children’s commissioner for England hit out at suggestions that girls found the subject too difficult.

Rachel de Souza told a conference of school leaders in Birmingham that girls were more likely to be put off taking science, technology and maths (Stem) subjects by male-dominated classes and a lack of female role models.

De Souza’s comments come after Katharine Birbalsingh, the government’s social mobility tsar, caused controversy when she told MPs that girls avoided taking physics A-levels because “they don’t like it, there’s a lot of hard maths in there that I think they would rather not do”.

The children’s commissioner told the Confederation of School Trusts conference: “When I was a trust leader I opened Sir Issac Newton [sixth form], a maths and science post-16 free school, and I want to tell you that in my view girls like hard maths.”

She added: “The girls I spoke to talked about the importance of female Stem role models – that was more the issue. Going into the classroom when there were all boys in physics. It wasn’t that they couldn’t do hard maths.”

De Souza said part of the answer was “showing girls great Stem role models,” such as Dame Sarah Gilbert, the professor of vaccinology at the University of Oxford who helped develop the AstraZeneca Covid-19 vaccine, and Dr Ritu Karidhal, a leader of India’s Mars space mission.

“I think there’s so much we can do to share why Stem careers are great and why girls are great at them,” de Souza said.

Birbalsingh’s comments to MPs on the science and technology select committee – including her claim that “physics isn’t something that girls tend to fancy. They don’t want to do it, they don’t like it” – were widely criticised. Birbalsingh later said her remarks were taken out of context as she had “spent 20 minutes talking about the cultural issues for why girls might not choose Stem subjects”.

The conference heard a warning from Jo Saxton, the head of England’s exam regulator Ofqual, that all schools were likely to see lower grades after this summer’s A-level and GCSE exams compared with those awarded by teacher assessment last year, when top grades in A-levels in particular were awarded at record levels.

Saxton said that it would not be fair on students to return grade boundaries to pre-pandemic levels “in one fell swoop” and that this year’s results “will reflect a staging post between 2021 and 2019”.

“I must be clear that whilst, on the one hand, this will be the most generously graded series of examinations ever, and that the results are likely to be higher than they were in 2019, results will be lower than we saw in 2021,” Saxton said.

“Your schools are likely to find their results are lower than in 2021 when exams did not go ahead. Schools that achieve results that are higher than 2021 will be few and far between, if any.”

But Saxton said examiners were also being asked to be more lenient in setting grades: “Ofqual is asking the exam boards to set grade boundaries to reflect this pandemic’s context, to avoid disadvantaging those students who might otherwise just miss out on a higher grade.”
#AstraZeneca  #COVID-19  #vaccine  #Covid
Add Comment