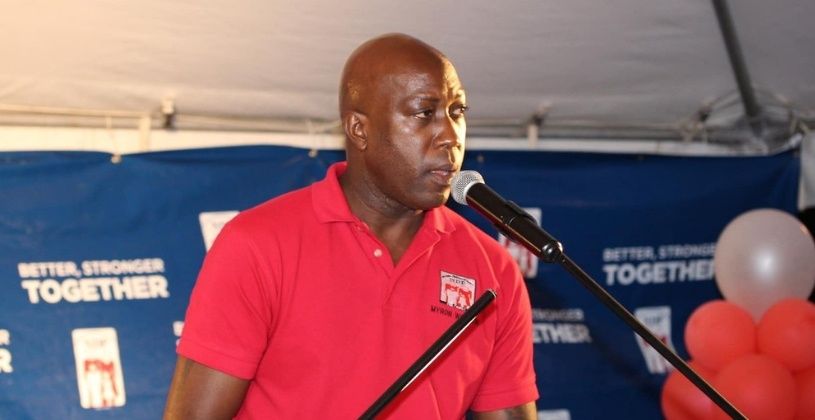 Get It Under Control! Nothing Kills An Economy Faster Than Crime

Former Minister for Education Myron Walwyn is pleading with the Hon. Andrew Fahie regime to get the rising crime in the British Virgin Islands under control, as it has the potential to kill the territory’s economy.

“It is trite knowledge that Caribbean economies and indeed the BVI economy depends heavily on the tourism industry. There is no need at this point to stress the importance of this to the local economy. We should all be au fait with this fact,” he said in a Facebook post earlier today, December 13.

He continued: “There are some things that are crucial to the maintenance of a stable tourism economy. We are having challenges with two of the most important elements - air access and crime.”

Speaking on the matter of gun-related crimes, he said, “A tourist comes to a country to recharge their energy and to seek peace and tranquillity in a safe and secure environment. Nothing kills an economy faster than criminal activity. Let us get this matter under control.”

He continued: “Let all of us who see something, say something and show our contempt for criminal conduct. Criminal elements in our society deteriorate the quality of life for all of us.”

Premier and Minister for Finance Hon. Fahie has also echoed similar sentiments following the shooting death of Jamiez Stoutt inside Crystal’s Nightclub over the weekend.

Turning to air access, the former legislator said having direct flights from the US mainland to the territory is overdue.

“We need to put greater focus on this and expand our airport runaway. We may argue on how far it should be extended but one thing is certain the status quo cannot continue. If we are to remain competitive visitors cannot be travelling for 10 to 12 hours to get to us. It’s unacceptable actually.”

Premier Fahie has said that he was having high-level talks with the same airline to include the territory on its itinerary.

Addressing the matter on July 28 during the Virgin Islands Party (VIP) Let’s Talk radio show, he said “The reason I was late is [because] I was finishing discussions, and even long before Anguilla got American Airlines to go from Miami to there, we have been working with them,” he remarked.

He added, “But there are some factors that must be known because some persons just like to speak. Where our airport is some 800 feet shorter than Anguilla, and one of the areas that they have concerns with us is that the length that we do have, they can come in, but they are concerned that if they come in full, and it’s raining and it's wet that they cannot land and they don’t want to take that chance. So we have been working with them, and we have had more meetings to see what we can narrow down.”

The Premier mentioned that the BVI has been exploring the idea to lengthening the T.B. Lettsome International Airport on Beef Island and the Taddy Bay on Virgin Gorda, and that is still on the table.

Notably, the American Eagle pulled out of the BVI on March 31 2013, after more than 25 years of service, due to a decline in flights post-September 2011.

Importantly, Walwyn was part of the National Democratic Party (NDP) when they attempted to bring in direct flights from Miami. The Territory pumped over $7 Million into the venture that never took off.