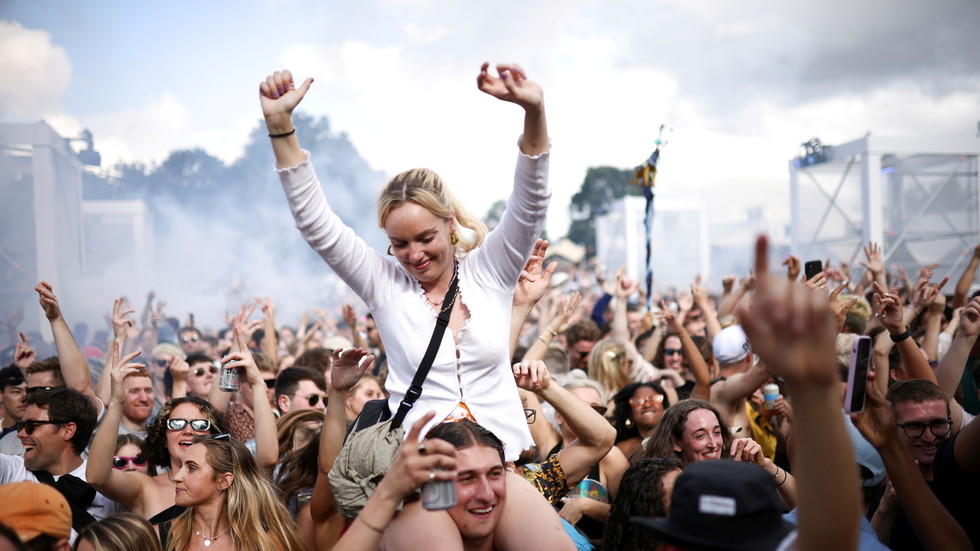 Get dosed… with vaccine: Covid vaccines centres to pop-up at Leeds and Reading festivals but only to those not under the influence

Leeds and Reading music festivals announced that revellers will be able to get their NHS Covid-19 vaccine this coming bank holiday weekend at the pop-up tents at the events, although not everyone’s convinced it's a good idea.
Stormzy, Post Malone, Liam Gallagher and Covid-19 vaccines all feature on this year’s Reading and Leeds festivals as Britain looks to enhance the vaccination rate among the younger generations. Both events, which take place over the bank holiday, share the same bill and are organised by the Festival Republic group.

However, the plan hasn’t exactly been well-received, with many on social media questioning why people would want to risk getting minor side-effects, like headaches and pain at the injection site, while enjoying themselves at a festival.

Some asked whether the idea was safe. “Getting vaccinated whilst off your head in a field surrounded by thousands of others,” one wrote on Twitter, adding the only vaccines that should be at the festival are the rock band which goes by the same name.

“They're not going to have them on the way in though,” one Twitter user chimed in, claiming that while they supported Covid-19 vaccinations, people aren't going to compromise their first festival in two years with the mild side-effects associated with the shots available in the UK.

Another claimed that some people may just lie about being drug or alcohol-free; “it's not really healthy giving people vaccine when there out at a festival," they added.

Several people suggested it might be a waste of NHS resources. One person suggested everyone will be “smashed enjoying themselves” while another suggested the limiting of vaccines to those not taking drugs or drinking alcohol will severely hamper their efforts.

One person joked that lots of people will be getting a dose, “just not of the vaccine,” referencing probable drug use at the two events.

Meanwhile, a few people did support the idea. One medical professional suggested it was a “great idea” but said he’d be interested to see the take-up among young people who aren’t under the influence. “Could be a lot of effort for 1 or 2 eligible people,” he added.

Some groups, including Healthwatch Reading, took to Twitter to encourage people to get jabbed at the festival, noting that Covid-19 prevalence was high among the city’s youth.

The festival organizers are hoping to avoid the challenges encountered by those at the Boardmasters festival, which took place in Cornwall nearly two weeks ago. Festivalgoers in Cornwall experienced traffic congestion, food shortages and huge queues for toilets, and health officials are now investigating 4,700 Covid-19 cases linked with the event.

The British government has recently opened vaccinations to those aged 16 to 17. Half a million people in the age group have come forward for their vaccine.
#Vaccines  #COVID-19  #vaccine  #Covid
Add Comment