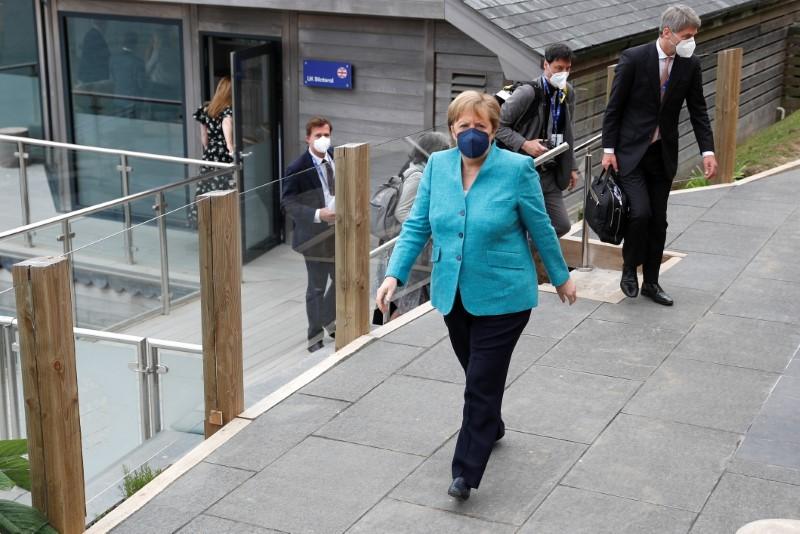 German Chancellor Angela Merkel called on Saturday for a “pragmatic solution” to disagreements over part of the Brexit deal that covers border issues with Northern Ireland.
Prime Minister Boris Johnson said Britain will do “whatever it takes” to protect its territorial integrity in a trade dispute with the European Union, threatening emergency measures if no solution was found.

The EU has to defend its common market, Merkel said, but on technical questions there could be a way forward in the dispute, she told a news conference during a Group of Seven leaders’ summit.

“I have said that I favour a pragmatic solution for contractual agreements, because a cordial relationship is of utmost significance for Britain and the European Union,” she said.

Referring to a conversation she had with U.S. President Joe Biden about geopolitical issues, Merkel said they agreed that Ukraine must continue to remain a transit country for Russian natural gas once Moscow completes the controversial Nord Stream 2 gas pipeline under the Baltic Sea.

The $11 billion pipeline will carry gas to Germany directly, something Washington fears could undermine Ukraine and increase Russia’s influence over Europe.

Biden and Merkel are due to meet in Washington on July 15, and the strain on bilateral ties caused by the project will be on the agenda.

Asked about the plan, Merkel said the G7 was not yet ready to specify how much financing could be made available.