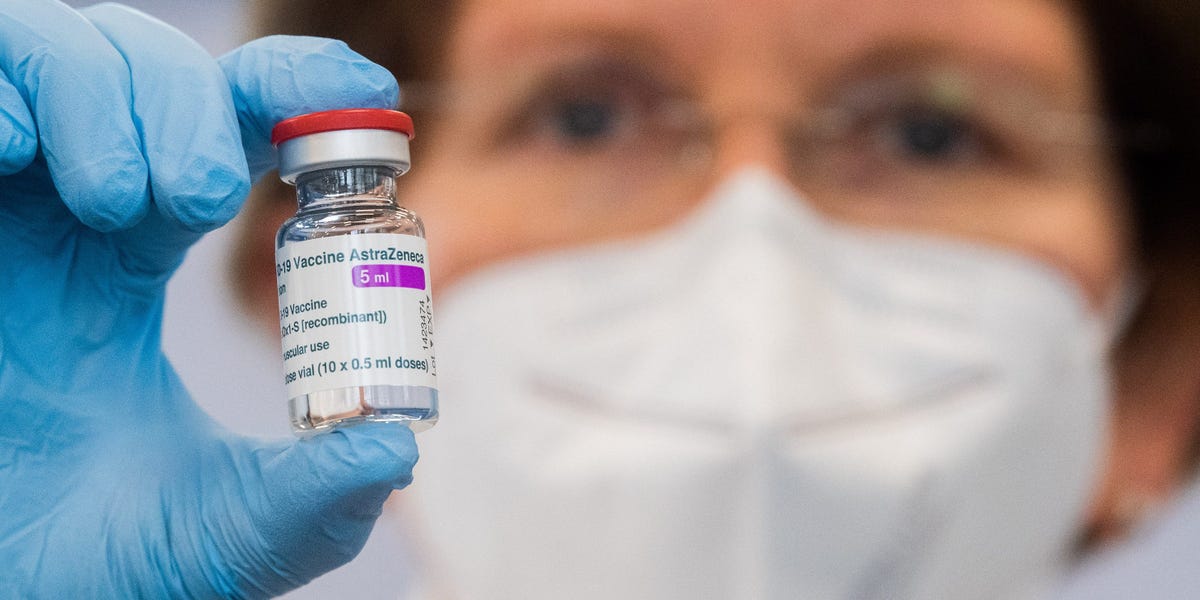 The AstraZeneca vaccine will not be administered to those under 60, unless they are in a high-risk category and agree to take the vaccine knowing the small risks of side effects.

The country's medical regulator said a total of 31 people in the country had experienced blood clots after getting their shots, the Associated Press reported.

Nine of the people who experienced blood clots died, and most of the cases are in women, the Paul Ehrlich Institute told AP.

At least 18 countries paused the use of the AstraZeneca vaccine earlier this month after reports emerged that people had experienced blood clots after receiving their vaccine shots.

Most European Union countries that paused their use of the vaccine have resumed their use of it in recent days, but some countries, like Germany, are proceeding with caution.

Canada also announced on Monday that it would pause the use of the vaccine in people under 55 years old, CNN reported, while some cities in Spain has taken an alternate approach, banning the vaccine in patients over 65 years old over concerns of how well it works in older age groups.

The World Health Organization has said that it found no link between the vaccine and blood clots and urged countries to continue to use the vaccine.

The European Medicines Agency, too, has said that the vaccine's benefits outweigh the risks of blood clots, according to AP.

In its own review of vaccination records, AstraZeneca found that fewer events of reports of blood clots were found in the vaccinated population than in the general population.
#COVID-19  #vaccine  #AstraZeneca  #Covid